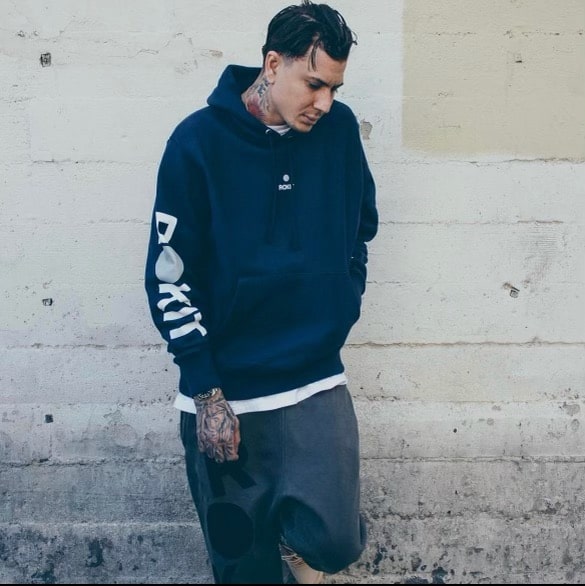 As founder and co-owner of the popular LA streetwear brand ‘Rokit’, Guardalabene has worked with many big names inside and outside the fashion industry. His next project is promising to honour his own one.
Guardalabene’s streetwear brand ‘Rokit’ has been thriving since its launch in 2015. A particular mix of progressive pieces with strong skate and basketball influences has not only secured some loyal fans of the brand. Big collaborations with companies such as Nike, Converse or DC shoes have become the regular and the fruit have turned into bestsellers and collector pieces. The Californian designer has worked on custom shoes with people like Kyrie Irving, celebrating launches all over the world. And the story isn’t written yet.
Because still, Nico Guardalabene is looking to add to his impressive portfolio in 2022.
Guardalabene, who’s family migrated from Palermo, Italy, to Milwaukee, Wisconsin, in the early 1900s, is looking to launch another brand, one that represents his background, family heritage, and personal values.
Frankly, we don’t know that much about it yet. So let’s concentrate on the things that we do know. First of all, the name.
Nico Guardalabene, has fittingly chosen to carry his family name into his next project. ‘Guardalabene’, which translates to ‘look at her well’, is as personal as it gets for the entrepreneur. He commented that the new venture ‘reflects my background, where I am from, what I represent’. Most definitely this is the designer’s way of promising the highest standards, and our expectations are high. Hoping for more details about the vision to be revealed soon, we are keeping our eyes on Nico Guardalabene this year. It’ll only be a matter of time until the next Rokit launch will catch our attention anyways.

Kate Lagos of LAGOS Reveals The Color of The Season

Get To Know Brownlee Founder Christina Currey & What Makes Her Tick