New In Town: Jean-Georges Heads to the East End 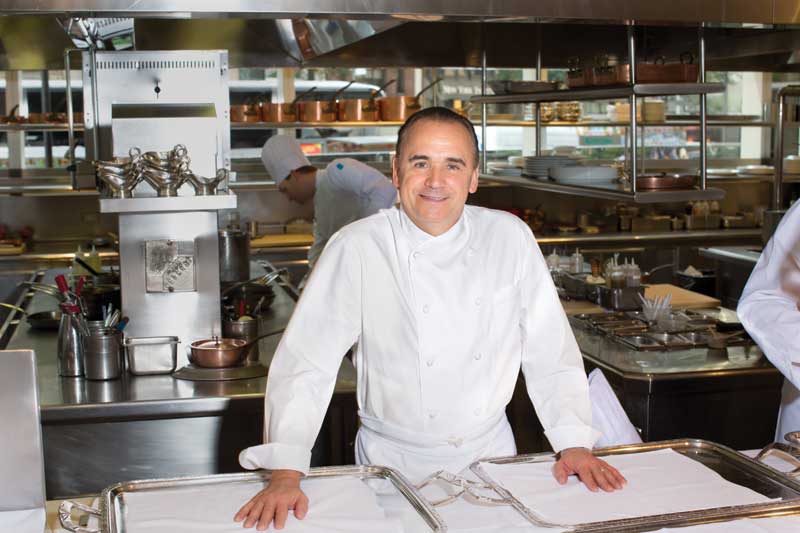 At last! As one of the world’s buzziest chefs, Jean-Georges Vongerichten has dominated the New York food scene with ABC Kitchen, The Mercer Kitchen, and Perry Street. To the delight of food lovers everywhere, he’s now making his mark on the East End at Topping Rose House.
PHOTOGRAPHY BY GIORGIO NIRO

Welcome to the Hamptons, Jean-Georges!
We had been approached in the past about opening a place here, but nothing ever worked out. When Topping Rose came to us a few months ago, we decided to go for it. The property is so beautiful, and it’s a good idea to extend our services. So many of our customers are out here for the weekend. People are already calling for reservations!

What changes can we expect?
We’re making it a little more casual and fun. We’re going to take off the table cloths and make the space a little more beach-like. We ordered new chairs, tables, and lighting by Hervé Descottes. The space also has its own garden, so we’ll have vegetables growing for the restaurant. It will be all organic and sustainable.

What kind of food is it?
Garden-to-table food. It’s going to be similar to ABC Kitchen. We’ll be getting everything from local fishermen—we’re even using local chickens.

How often will you be there?
I’ll be there for a couple of weeks to get the restaurant started, beginning on Memorial Day weekend, and then I’ll be out every other weekend or week. I love the beach and ocean, so it will be nice to spend some time there. We opened a similar restaurant, The Inn at Pound Ridge, which has been very successful because we respected the area and the farms.

Will the restaurant be open year-round?
Yes. The hotel is open all year, and it does quite well. The rooms are very special.

Why do you think Hamptons restaurants struggle to keep their doors open?
The rents are so high for the season! Here, we have a nice situation and partnership with the hotel.

Where do you stay in the Hamptons?
I’ve been staying at the hotel, and we might rent a house this summer. A lot of friends of mine have been inviting me to stay in their homes…because they want reservations at the restaurant! 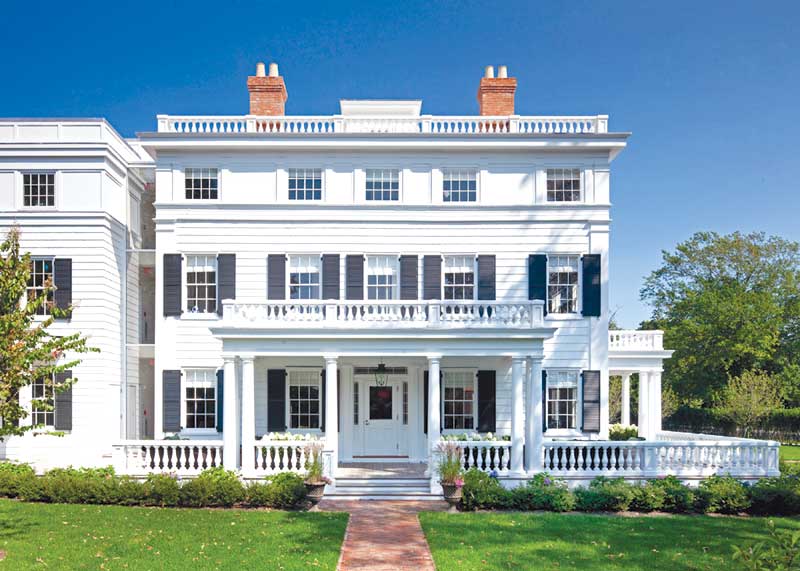 Where do you eat in the Hamptons?
Nick and Toni’s is a lot of fun. Pierre [Weber] is a friend of mine, so I go to Pierre’s in Bridgehampton. I honestly don’t know enough about the scene.

Keep reading The Daily Summer and you’ll be fine. How do you get to the Hamptons?
I’ve taken the Jitney many times! If it’s the right timing, it’s not that bad. I’ve also taken a helicopter once. I love driving! It gets you out of the city. It’s not a bad drive, and I get a little time to myself.

What’s new with your other properties?
We’re opening ABCV, which is what I call “the vegetable restaurant,” this summer. It’s our third ABC. I’m also working with Ian Schrager on his new condo hotel on Chrystie Street, which opens next year. We have a South Street Seaport project as well, but that’s going to be years down the road. We’re also opening a restaurant on Fire Island called Le Dock, with 65 seats, additional outdoor dining, and casual seafood cuisine from chef Josh Eden.

Are you a workaholic?
I am! I enjoy it. I like creating spaces. When I was a kid, I wanted to be an architect or designer. Today, I’m a full-time chef who gets to do both. When you create a restaurant you get to work with amazing people like [architects] Norman Foster and Richard Meier. I do what I love, which is cooking and designing and putting it all together. If I had my way, I would open a restaurant every month, and then give it to somebody else. The hardest part of our business is to sustain it. The first couple of months are always the best.

Do you have any cookbooks in the works?
It’s not a cookbook, but I’m working with Michael Ruhlman on a book that’s like a letter to a young chef. It’s a very different business now than it was when I started. Then, I had to go to the library to get cookbooks, and I had to travel to Thailand or Malaysia to learn about spices. Today you click on a computer and everything is there.

Are you going to take any vacation this summer?
I will! I’ll probably do one week in Europe and one week in New York. It’s going to be a busy summer!