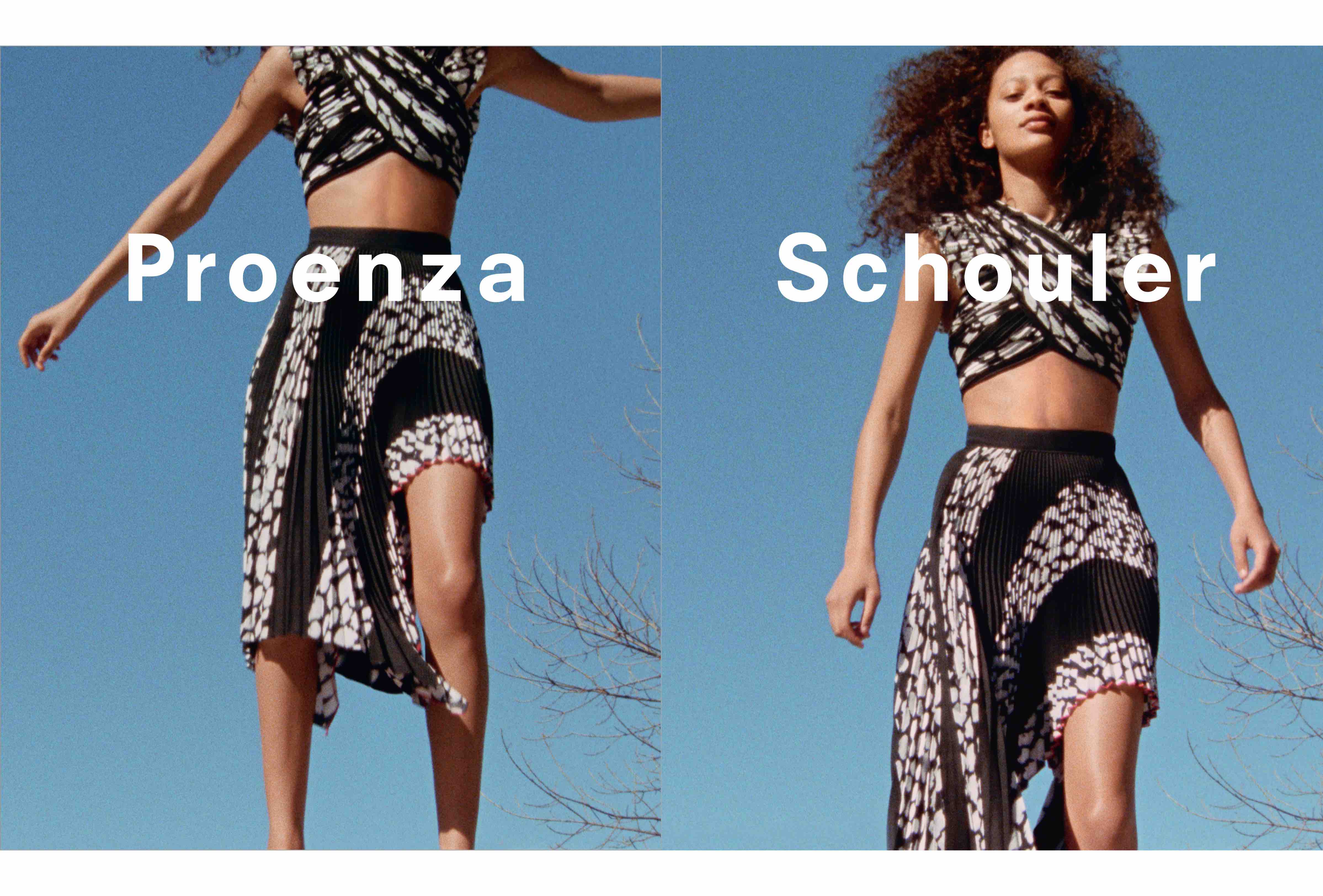 For its Spring/Summer 2017 campaign, Proenza Schouler tapped Natalie Westling and Selena Forrest. The focus was on movement this season, with a film directed by Zoe Ghertner, who is known for her work not only with Proenza Schouler, but also with Chanel, Dior, and Hermès, for which she has directed videos and produced in-house magazines. In the film, Westling and Forrest can be seen bouncing up and down and falling into a giant net to show off the fluidity of the clothing. Both Westling and Forrest are favorites of designers Jack McCollough and Lazaro Hernandez. Forrest graced our cover alongside the designers for one of our print editions of The Daily Front Row during New York Fashion Week.

“We were interested in the idea of movement, of freedom—a spirit we felt would best be captured on video rather than through traditional still photography,” said McCollough and Hernandez in a statement. “Zoe Ghertner shot the video and interpreted the mood and energy of the collection in a way that felt new and exciting to us.”

Nikki Providence was behind the girls’ gorgeous locks and their natural makeup looked is the handiwork of Fara Homidi. Bryan Molloy styled the campaign, and Peter Miles art directed. The film is set to the sound of “The Claw” by Cut Hands. Check it out below!