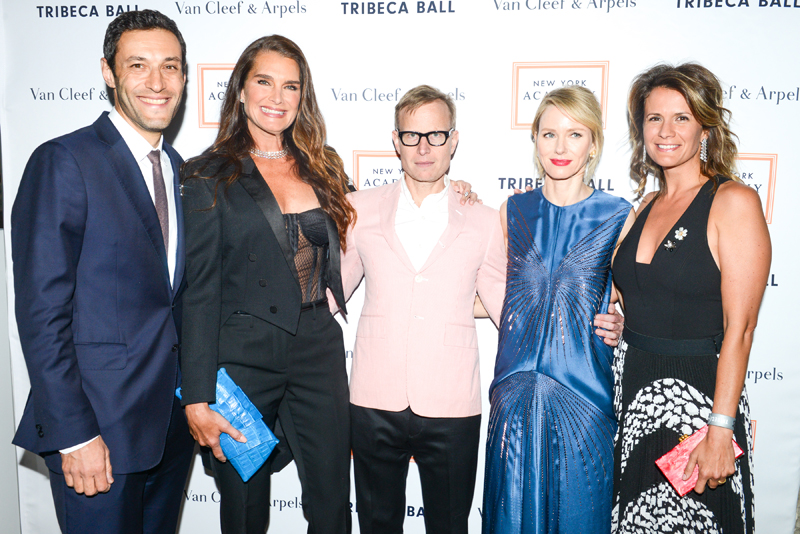 The New York Academy of Art hosted the 22nd Tribeca Ball last eve, this year honoring Will Cotton and hosted by Van Cleef & Arpels. Naomi Watts, Donna Karan, Brooke Shields, Misha Nonoo, Alan Cumming, Gabby Karan de Felice, Tali Lennox, John Demsey, Gina Gershon, Princess Alexandra of Greece, Zani Gugelmann, Eileen Guggenheim, Jessica Hart, Brett Heyman, Jay McInerney, AnnaSophia Robb, and Martha Stewart were just a few of the notables who perused the six floors of 100 open art studios by Academy students before heading to a sit-down dinner followed by an after-party at de Felice’s Tutto il Giorno in Tribeca. Cotton—whose projects have included art directing Katy Perry’s “California Gurls” music video and who famously paints landscapes of sweets inhabited by human subjects—earned top honors this year for his support of the Academy, which announced it has created a scholarship in his name. Guests (including Watts) wore cupcake tiaras designed by Cotton as they canvassed the room for donations for the new fund, ultimately ringing in $55K in under two minutes…not too shabby!

The theme this year took a cue from Van Cleef & Arpel’s new collection, L’Arche de Noé (Noah’s Ark); the space was decorated with whimsical animal-themed exhibitions, while many guests showed up in animalia-inspired attire, from leopard prints to feather trimmed numbers. Check out a few photos from the soirée, below.