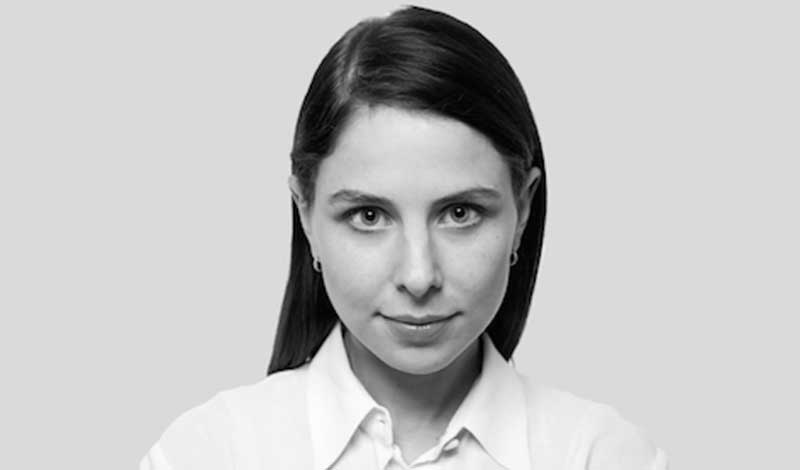 Newly anointed InStyle EIC Laura Brown has made her first hire at Time Inc.: Enter Ruthie Friedlander, who hails from major fashion and media co’s like Chanel, The Row, and most recently ELLE, where she was deputy editor. Ready to take on her new role as site director, she fills us in on what to expect…

First and foremost: What’s your background?
I moved to New York City after finishing middle school, but went to a boarding school in Westchester, New York. I then went to NYU, where I attended the Gallatin School for Individualized Studies, focusing on computer science and journalism. During college, I interned at Harper’s Bazaar and Seventeen Magazine.

When did you know you wanted to go into fashion?
My older sister was obsessed with Kate Moss. She would cut out magazine spreads and tape them to her wall, and I would stare at them for hours. I guess I started being interested in fashion because my sister thought it was cool. I started taking it more seriously when I realized there was this merging of fashion and digital media taking place. That was the special sauce for me.

You had a few gigs in-house at brands like Chanel and Club Monaco—why did you decide to cross back over into editorial?
When you’re working for a magazine, you’re also working for a brand. I love the responsibility of having to constantly refer back to the roots of the company you’re working with. At Chanel, it meant always remembering Mademoiselle Chanel’s commitment to towards the future. At a magazine, the brand is all about the reader.

You worked on social media for Chanel when brands really began using it as a marketing tool.
Chanel was a magical, dream-like place to work. During my time there, I was proud to have developed a strategy for working with bloggers. I got to take The Coveteur to Paris for a Pre-Fall show to shoot Coco Chanel’s apartment and the Métier’s houses. It was incredible.

And you had a stint at The Wall Group—what were some of your duties there?
I had done brands, I had done editorial, and an agency was the last thing I needed to try before I could say I really knew what I wanted to do. While short, my time there taught me a lot. I managed a team of some of the most skilled individuals I’ve ever worked with—creatives who all work to highlight the hundreds of artists the company represents.

What’s one of your favorite pieces you’ve written? Our personal fave is “I Let My Cat Do My Makeup.”
I’d have to agree that Gracie doing my makeup was definitely one of my favorites—especially because it was a video and I’m big on video. I also loved writing about my shopping addiction. Which, to be clear, I still have.

In terms of sharing personal experiences for editorial, where do you draw the line?
This is a toughie. It’s very personal. My rule of thumb is to trust your gut. If your gut, even for a second, tells you you’ll potentially regret putting the story up on the Internet, don’t. There are too many great pieces that need to be written that won’t make you feel icky.

Were you always interested in digital?
From an early age, I loved computers. I have a vivid memory of taking the mouse from my family computer and dissecting it with a scissor and paper clip. I wanted to know how it worked. So yes, I’d say I’ve always been digitally inclined. But I’ve also always been very artistic and interested in the theatrics and beauty of fashion. I’d say I’m equal parts both.

How do you describe your editorial voice?
I’ll start by saying that one’s editorial voice should to change depending on their audience. But, in general, I always try to approach fashion with a sense of humor.

Now you’re at InStyle, working with Laura Brown—had you known each other previously, from your time at Hearst?
Laura was the first person I ever interned for—a decade ago at Harper’s Bazaar. The past 10 years we have kept in touch and I would come to her seeking career advice. To me, Laura epitomizes everything that I have ever loved about fashion: forward looking, fun, and wicked smart.

What will your new role as site director entail?
My role is really about developing the voice for InStyle.com. Of course, growing traffic and a social following is important too, but it doesn’t mean anything if it is not on brand. I plan to spend my first few months focusing on the InStyle.com reader: Who is she obsessed with? What makes her laugh? What is she saving up for?

And what’s the new commute like?
Oh boy. I recently moved to the Upper East Side from living downtown and from what I can tell, I’m in for quite a commute. I’ll have to take a 30-minute subway ride followed by a 12-minute walk. Super nice when it’s warm out. But in the winter time? Not so much. And clearly, this also presents a difficult shoe situation.

What are you most excited about in this new chapter?
How much time do I have? If I had to choose one thing, I would say most excited about meeting the team. To me, the most wonderful part about fashion is the community aspect of it all. Accessories director Sam Broekema is someone I’ve known for years and have always wanted to work with. I’ve been a huge fan of fashion director Melissa Rubini’s work since I started working in this industry. And of course, there’s Laura!