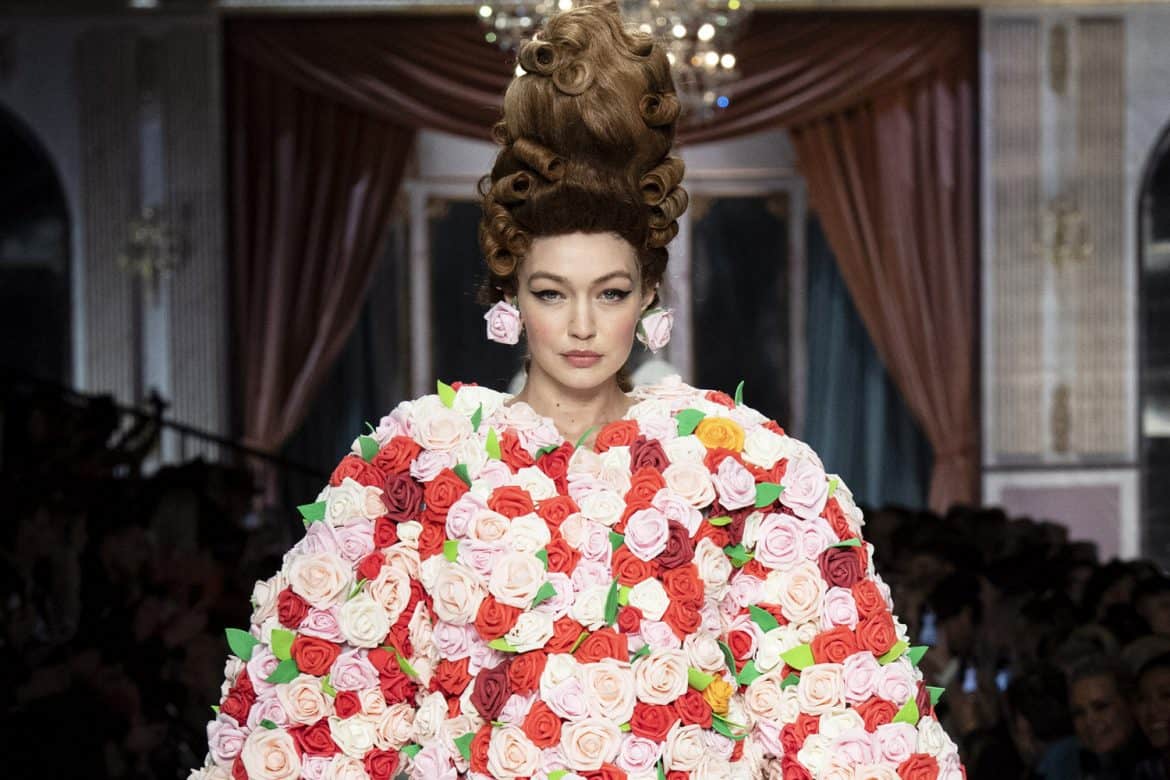 This is not a drill: Moschino is coming to New York! The Italian brand, led by American designer Jeremy Scott, announced that its Spring ’22 collection will be shown on Thursday September 9 at New York Fashion Week.

The question on everyone’s minds? What the brand’s newest collection will look like. Moschino is known for adhering to dramatic and campy themes, and will likely do the same for this collection; past collections have revolved around Versailles, Halloween, Barbie, and “The Price is Right.” Though the newest concept is unknown, we’ve gotten a hint at Scott’s NYC influences from his pre-Fall ’20 collection.

That’s correct: this isn’t Moschino’s first trip to the Big Apple. The brand previously showed its pre-Fall ’20 collection on a subway car, with an audience featuring Kacey Musgraves, Storm Reid, Aquaria, Amanda Lepore, and Madelaine Petsch. That show was heavily influenced by New Yorkers’ morning commutes, featuring pieces like oversized backpacks, puffer jackets, and plenty of gold chains. However, what comes down this upcoming runway is anyone’s guess.

It’s a given that the show will attract major star power, which is fitting given its celebrity following and frequent presence at the Met Gala (which takes place several days afterwards). Paris Hilton, Saweetie, Sofia Richie, Emma Roberts, and Gwen Stefani have all been present for past Moschino runways, while Scott’s namesake label—which last showed at NYFW in September 2019—regularly draws the likes of Gigi Hadid, Irina Shayk, Tiffany Haddish, and Bebe Rexha. Whoever attends could indicate who Moschino will dress for the upcoming “In America: A Lexicon of Fashion” benefit at the Met’s Costume Institute on September 13. Watch this space!