Moschino Takes Over the MTA, CEO Exits at Away and Ted Baker 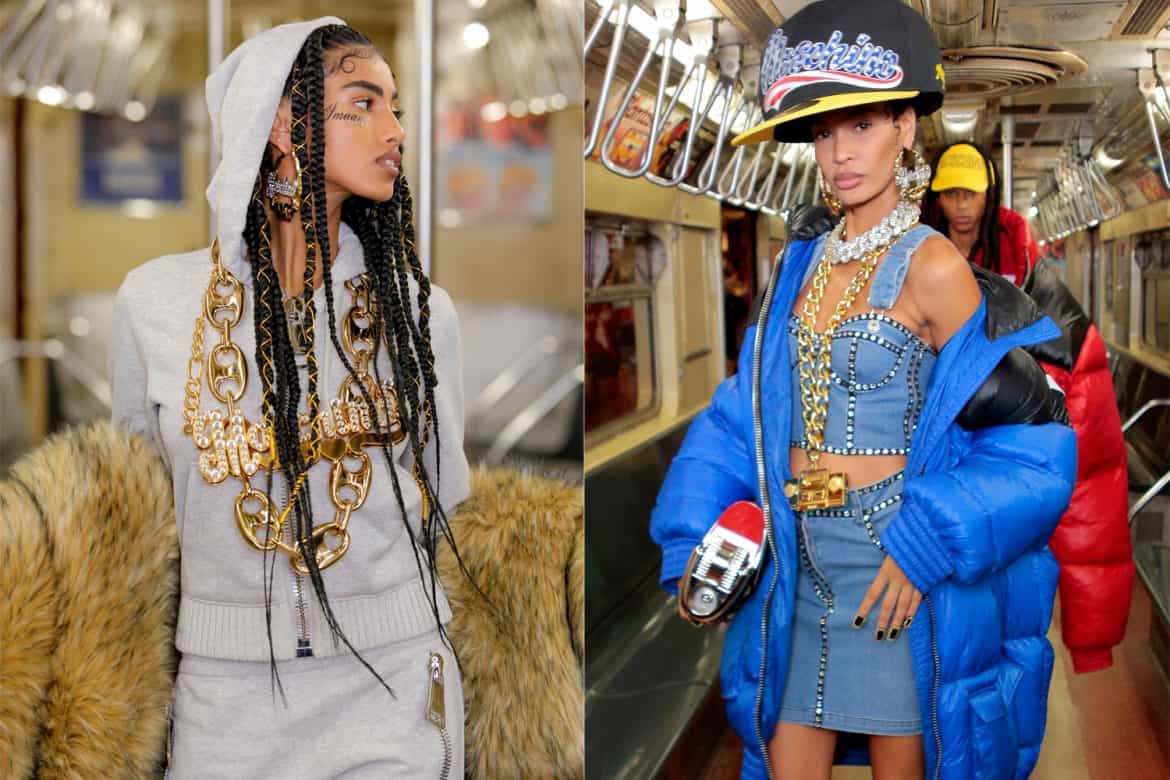 Moschino Takes Over the MTA
Last night, Jeremy Scott brought Moschino to New York for the first time. Scott touted the Pre-Fall 2020 womenswear and Fall 2020 menswear collections as a tribute to the city. “New York is the ‘city that never sleeps,'” he said. “With that in mind, I wanted to offer a little bit of everything. A round-the-clock set of ensembles for city girls and guys who aren’t afraid to go from the ballroom to the back room, then watch the sun come up over the East River.” 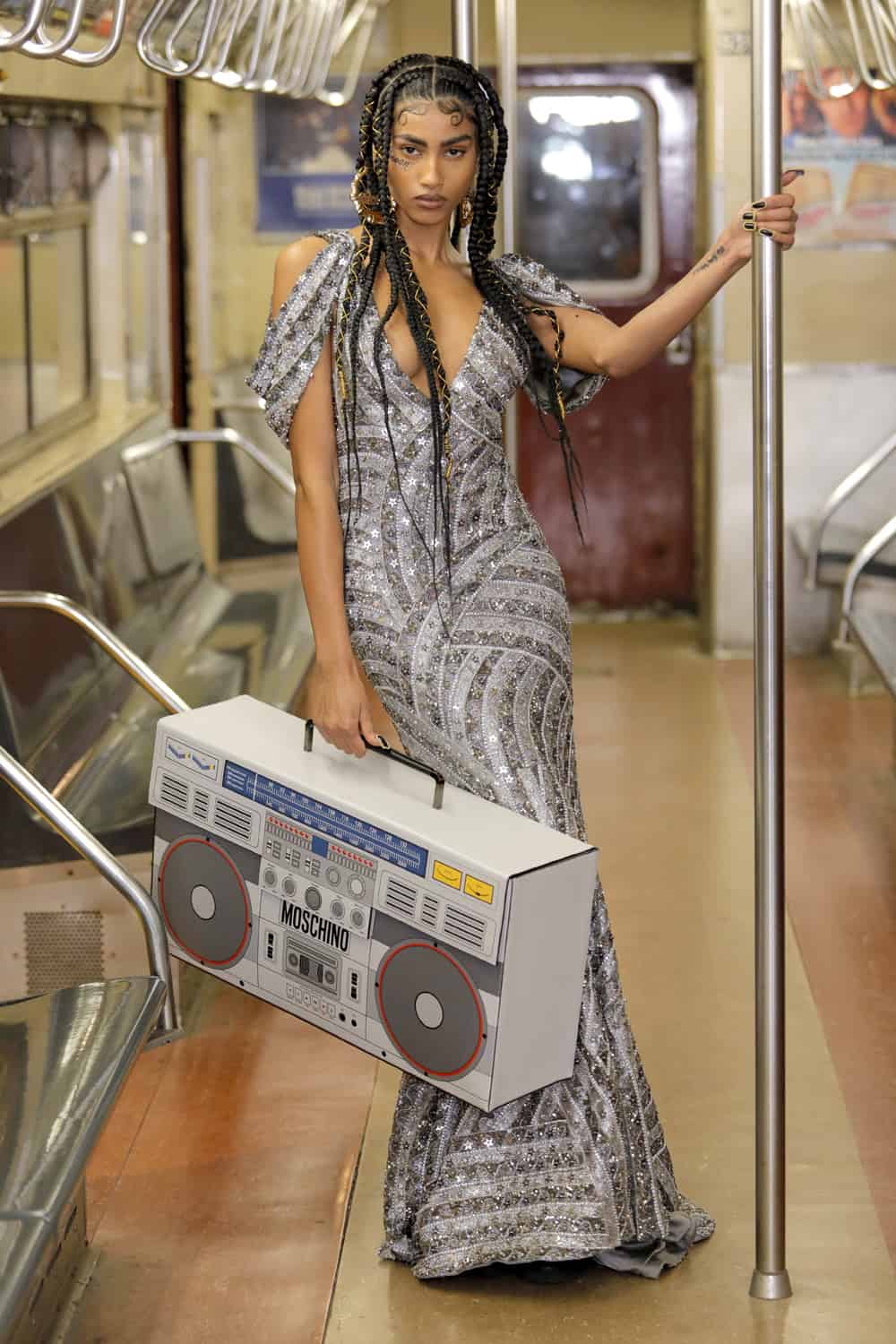 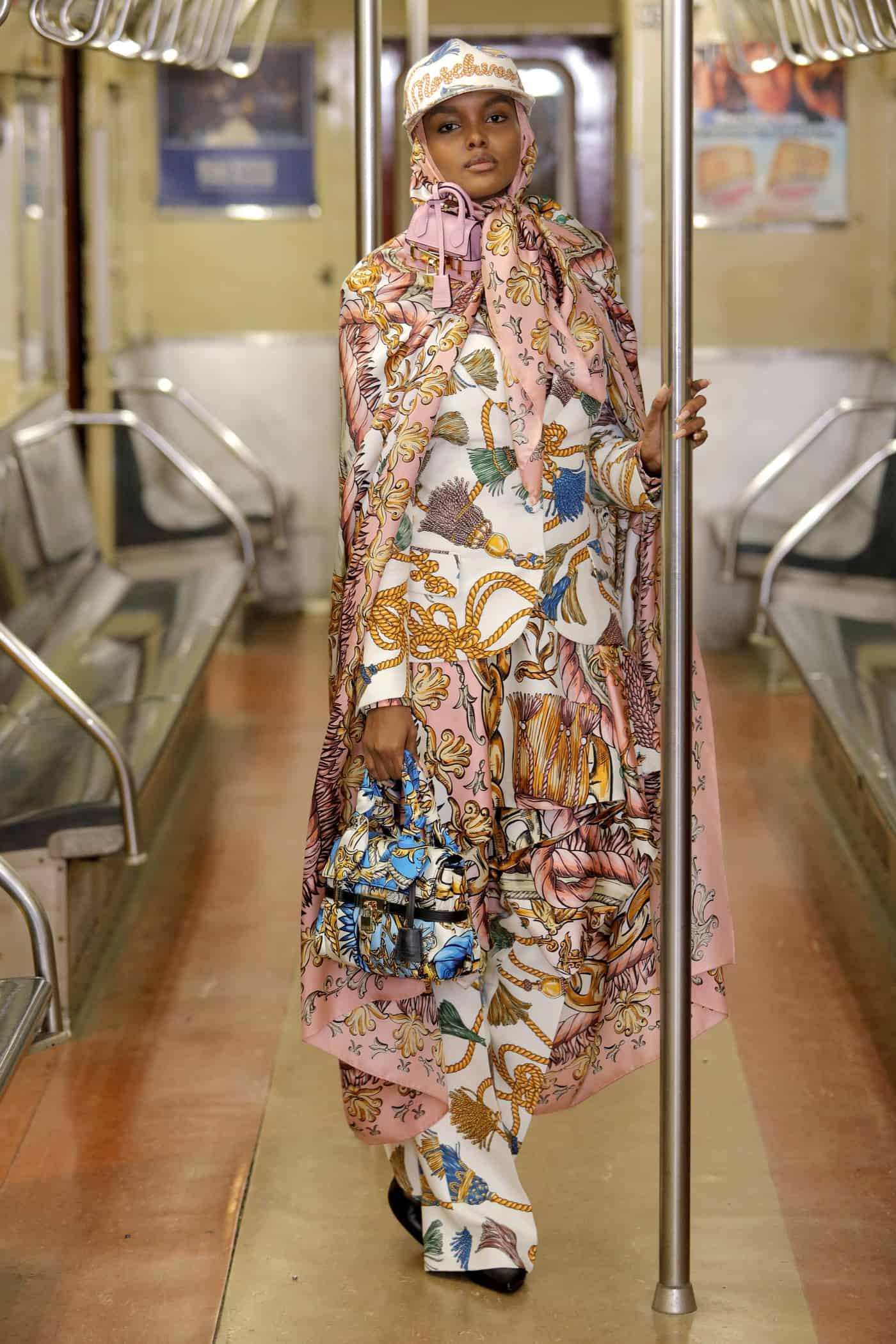 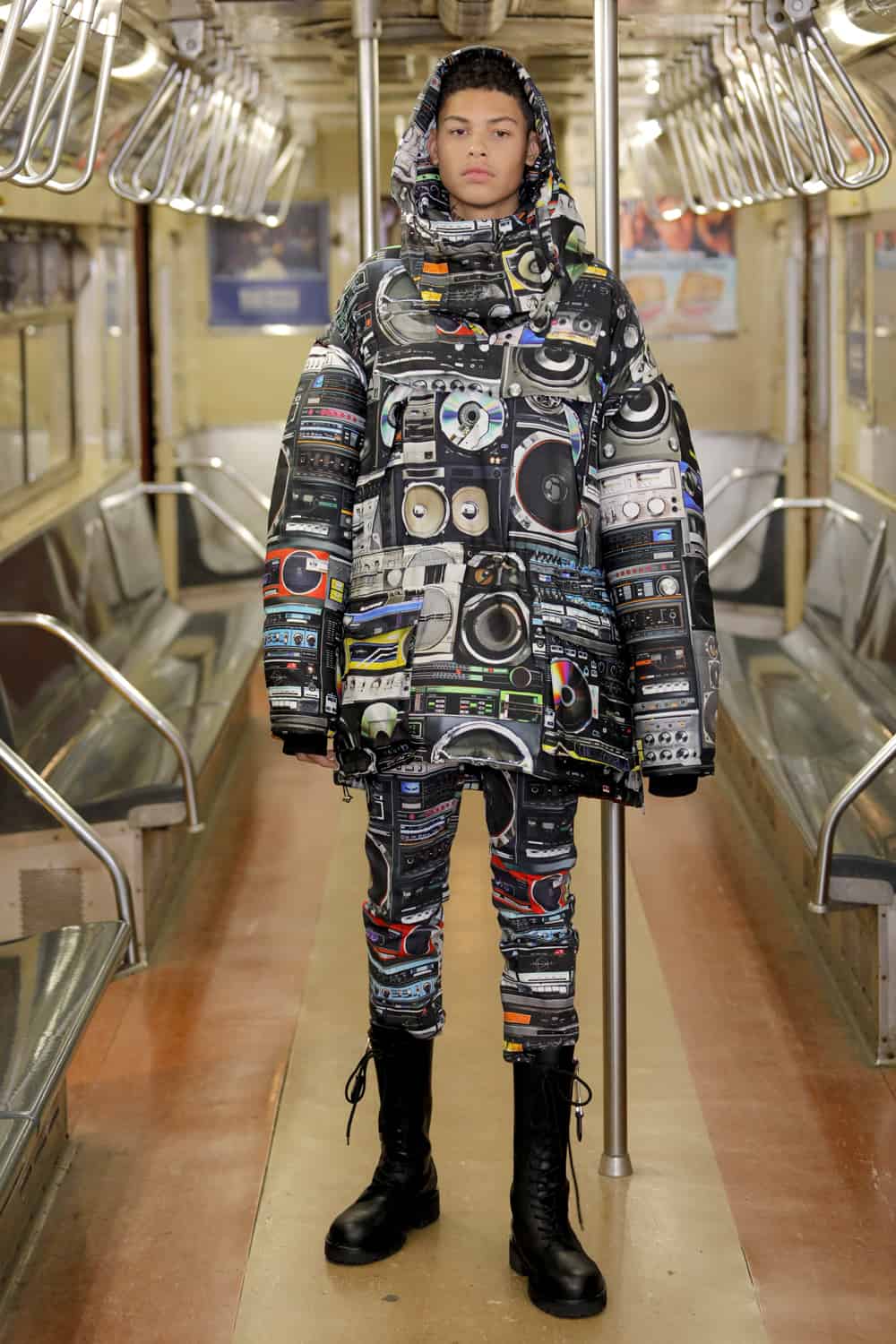 The show was held at the New York Transit Museum in Brooklyn, and made good use of its subway theme. Guests were seated in old subway cars as models sashayed around hand poles — not an easy feat, as Scott and his teamed included a number of oversized items. From large puffer coats to backpacks, it certainly captured the feel of trying to navigate a packed MTA car.

The collection skewed and riffed on a variety of neighborhood tropes, from Harlem to Madison Avenue, Williamsberg to the Lower East Side. The unifying factor was that it mostly seemed reference the ’80s and ’90s. While many designers have created “love letters” to the city, Scott’s reflection (and parody) of what it has been felt more authentic than a unifying vision of what it wants to be. There is no “one” New York aesthetic, after all. 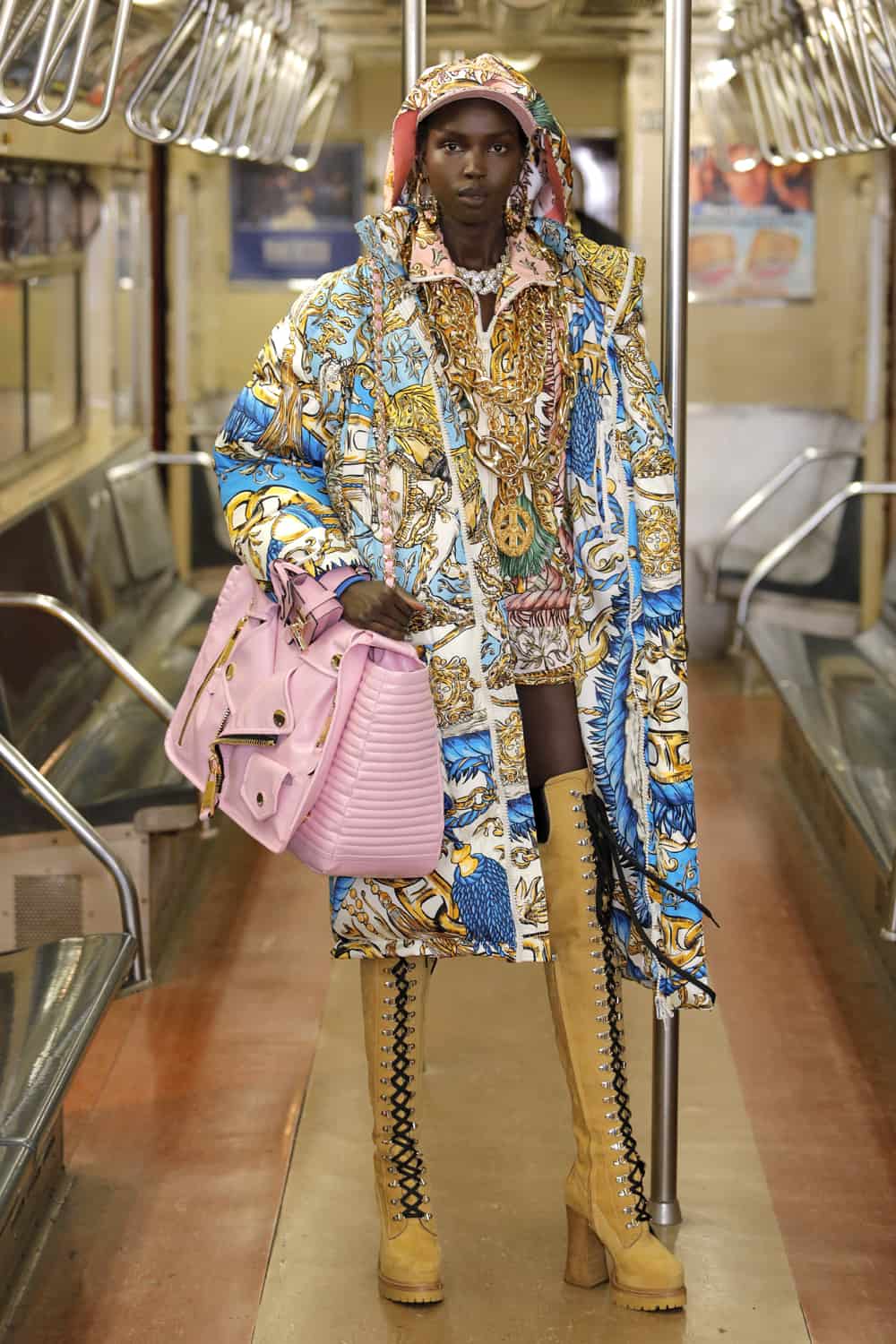 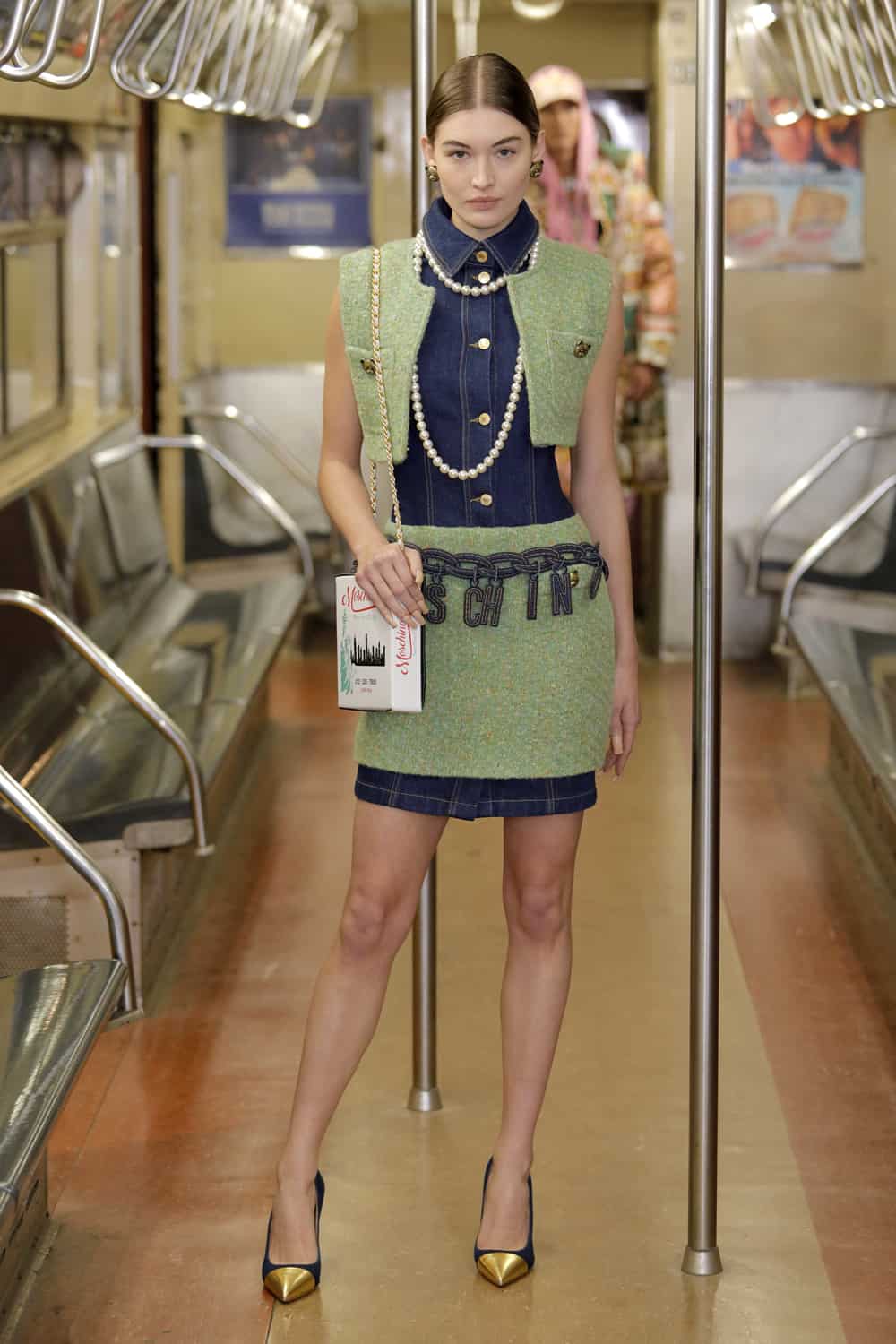 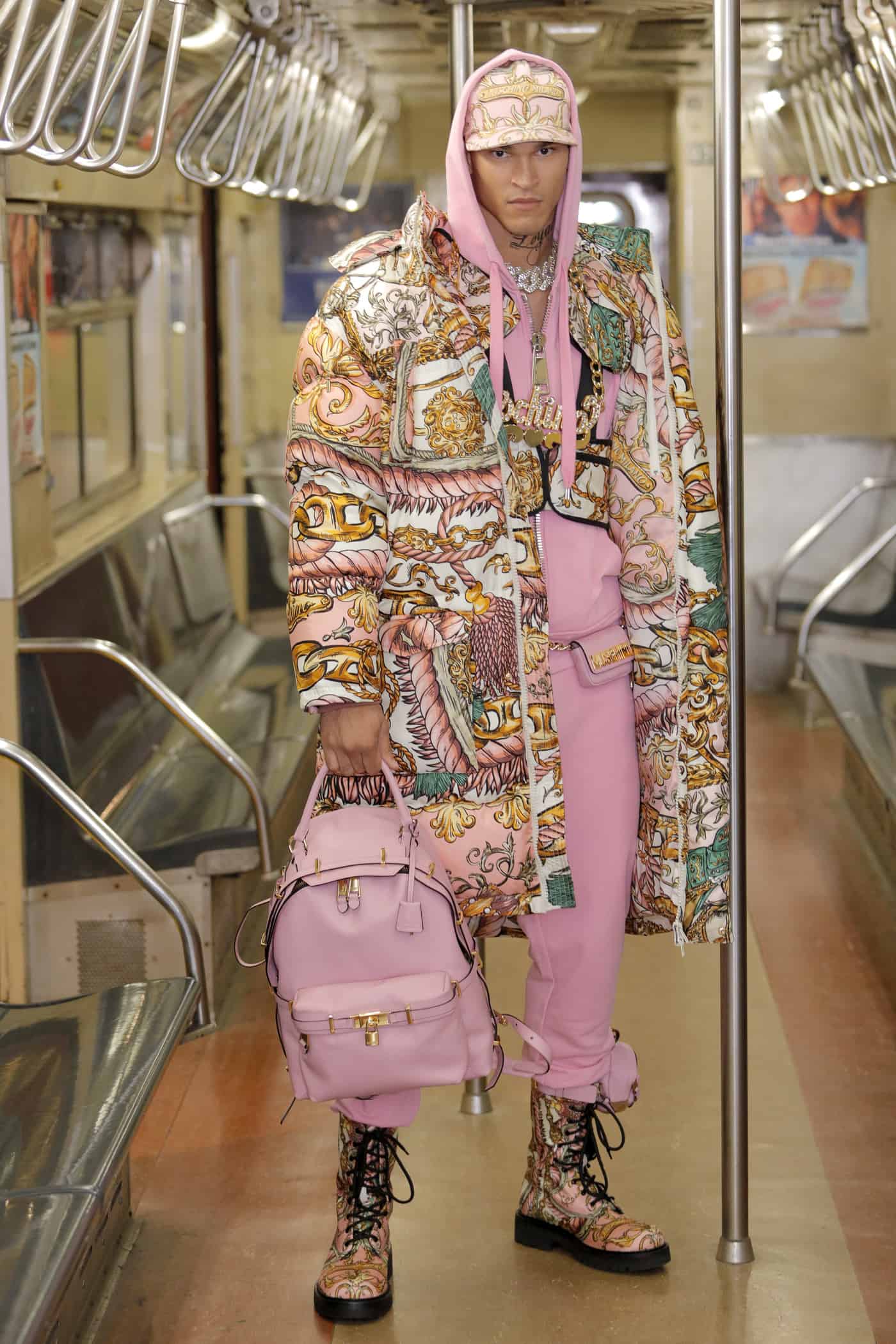 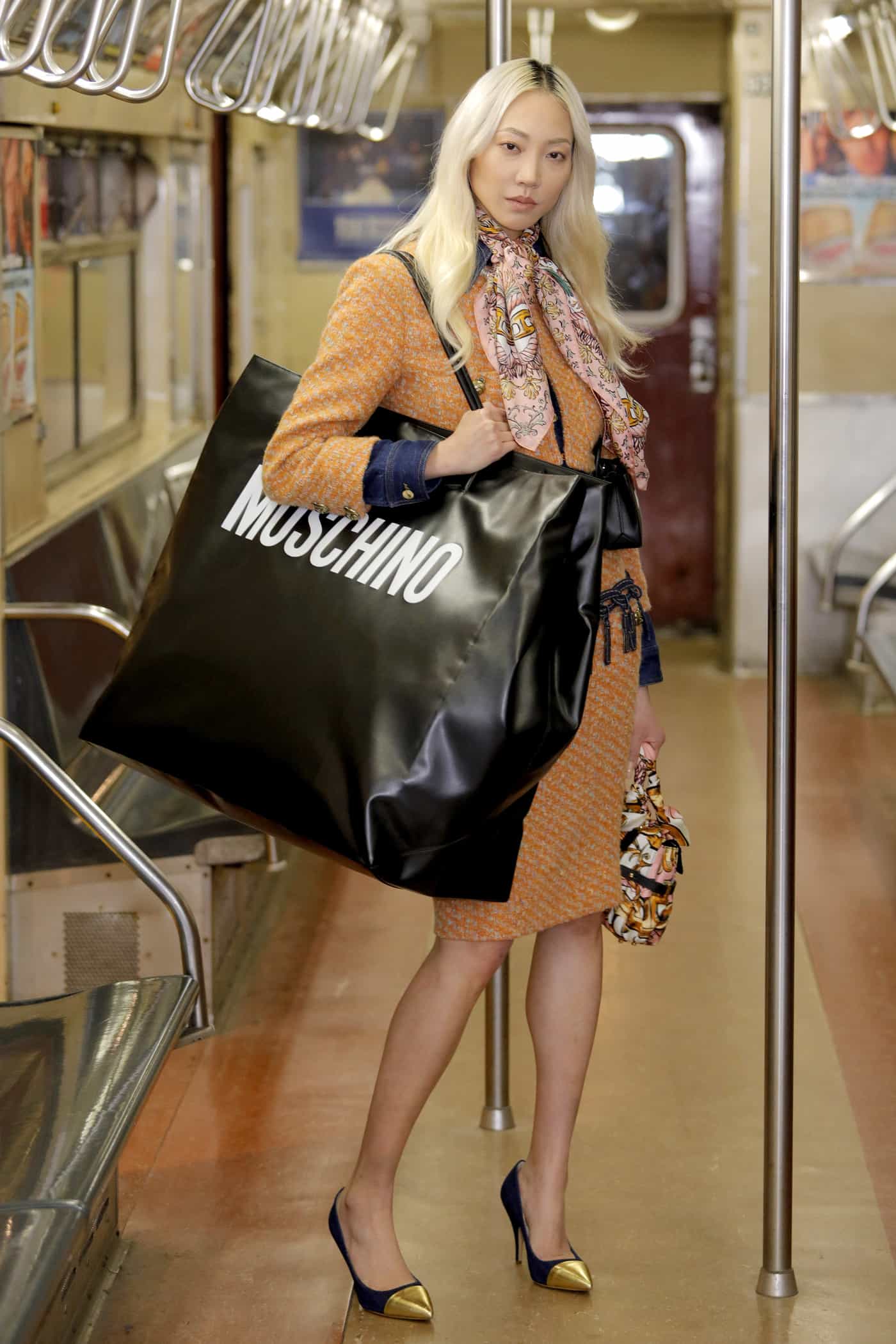 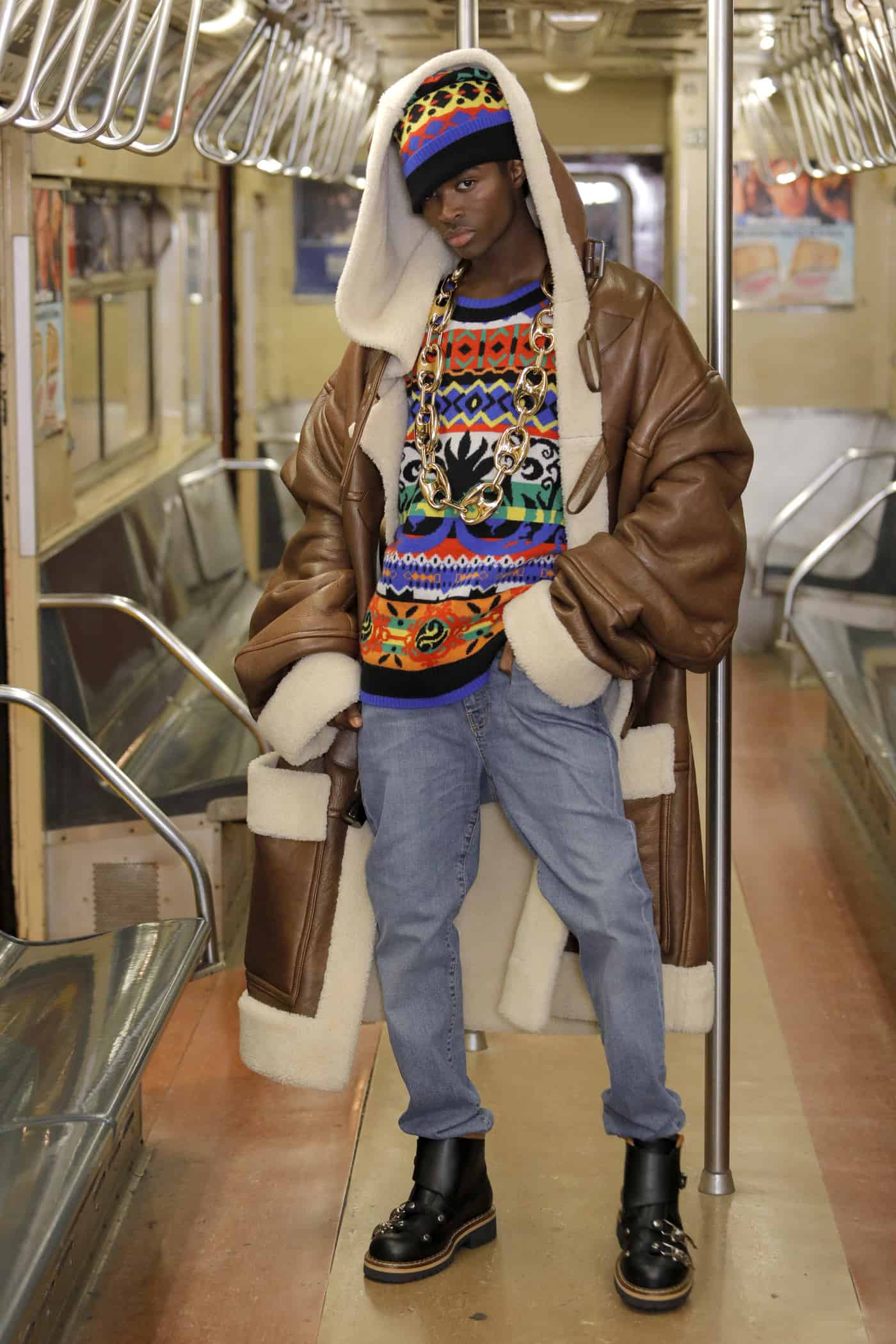 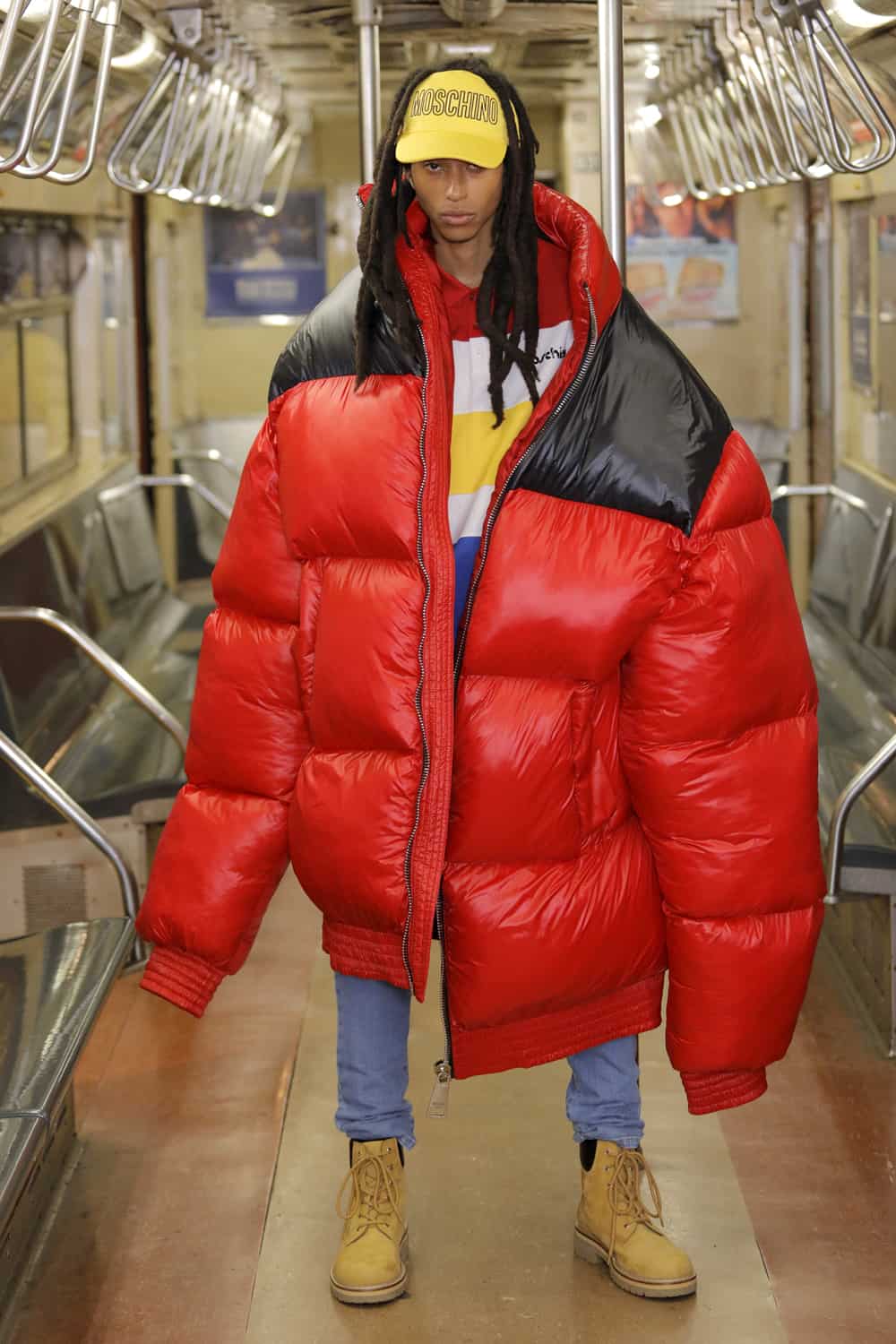 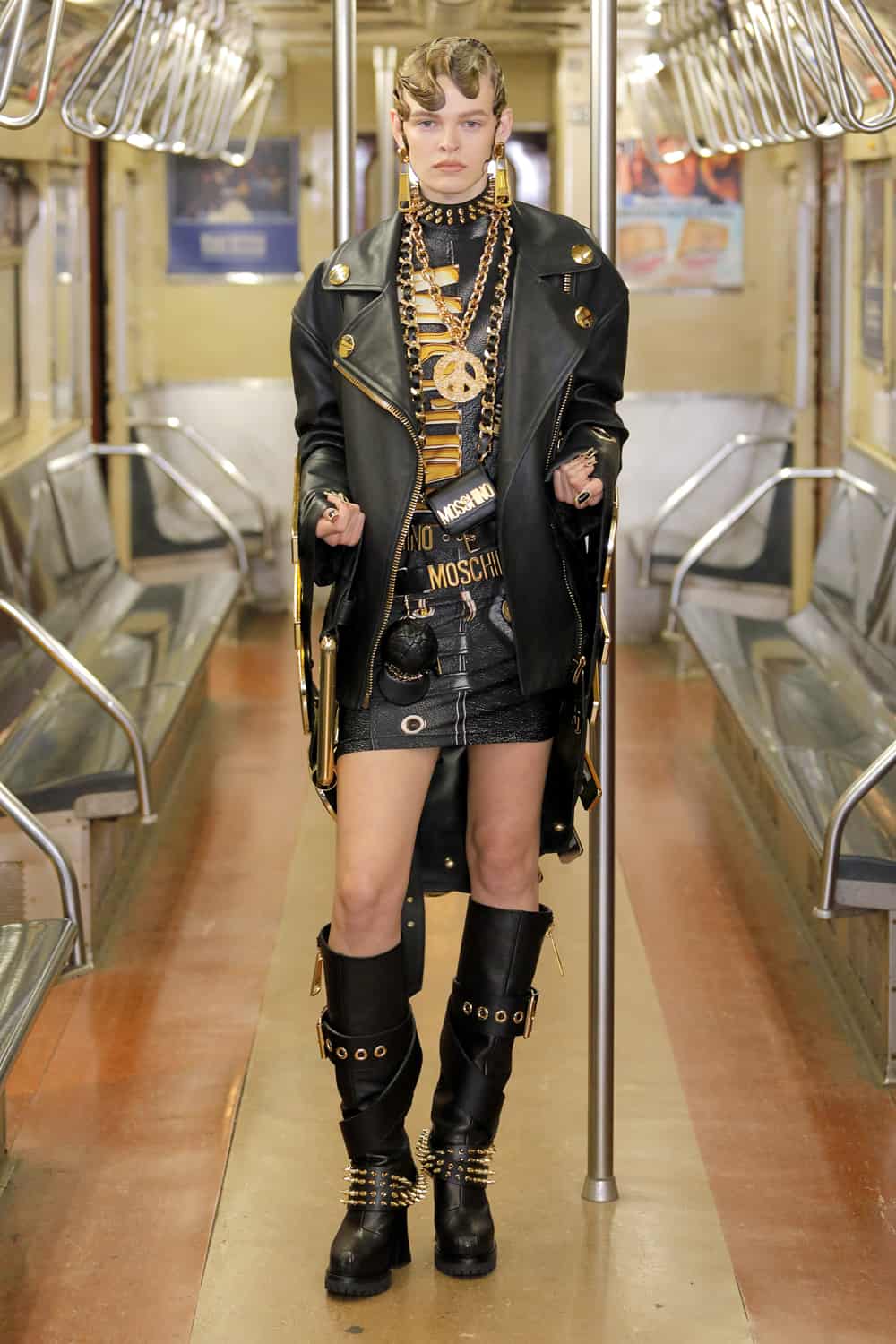 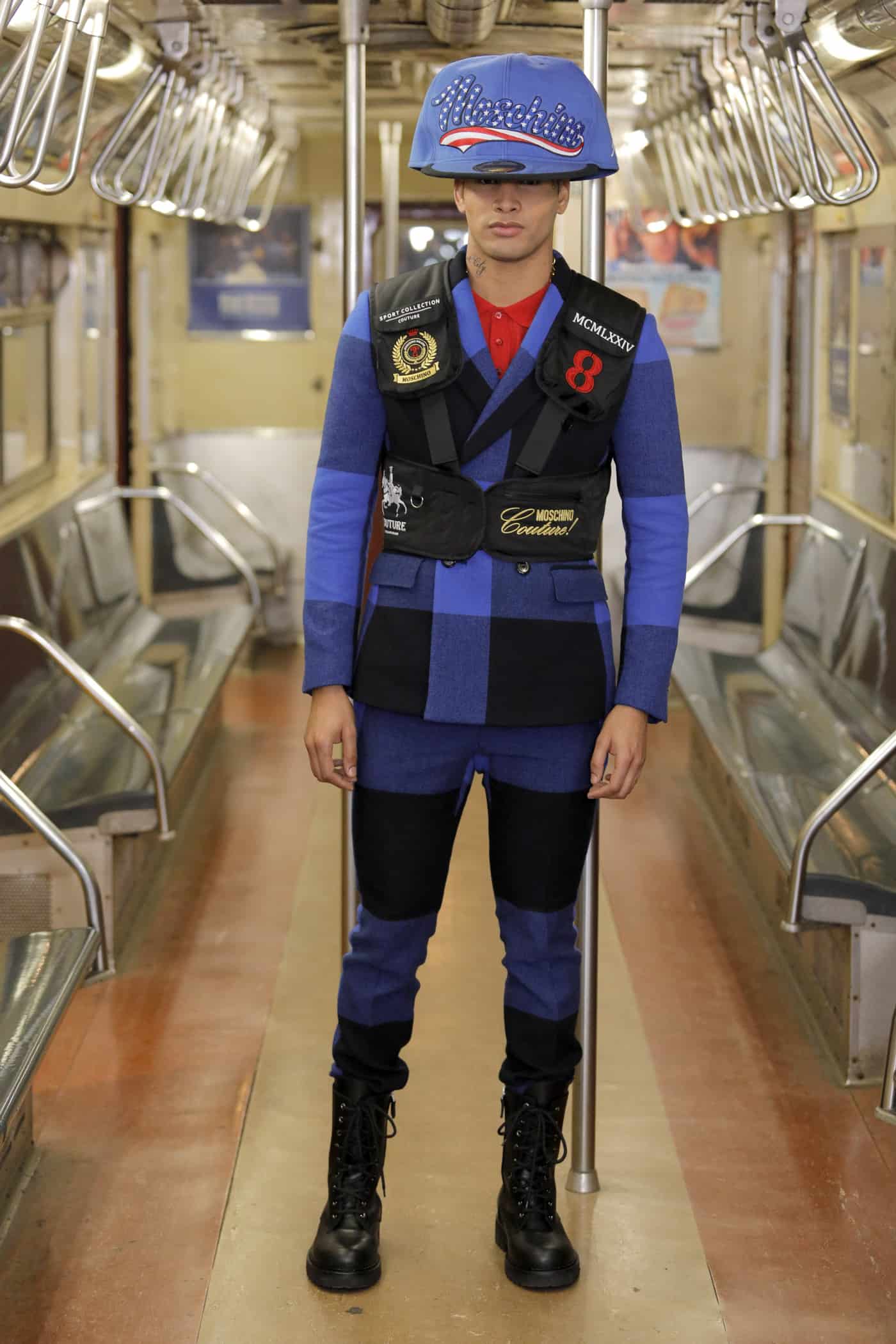 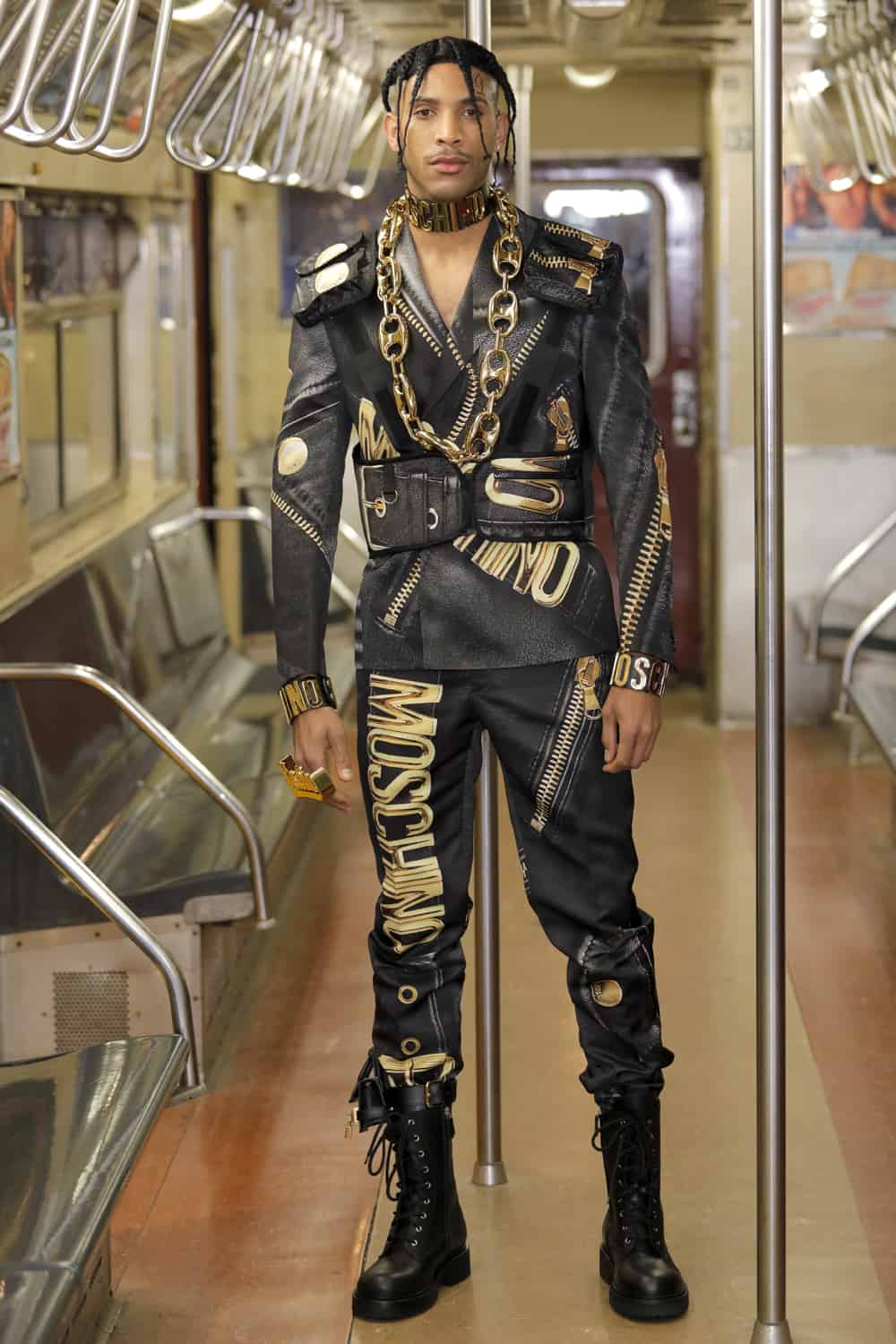 Away and Ted Baker Lose CEOs (Business of Fashion)
Lindsay Page and David Bernstein, CEO and chairman of Ted Baker, respectively, abruptly stepped down from their positions today. Page became CEO in April after former CEO Ray Kelvin stepped down amid sexual harassment allegations. Recently, the company had issued a low profit warning, and shares have dropped to a 16-year low. It has announced that CFO Rachel Osborne is taking over as interim CEO, while Sharon Baylay is now the acting chair.

Meanwhile, direct-to-consumer luggage brand Away has appointed a new CEO in the wake of reports that the company has a toxic workplace culture. Last week, The Verge published leaked Slack messages from Steph Korey — Away’s co-founder and CEO — pressuring employees to work late and overtime. On Monday, she stepped down. She is being replaced by Stuart Haselden, COO of Lululemon.

Korey will remain with the company, however. As of January 13, she will be executive chairman.

Rick Owens Thinks the Next Generation Is Rebelling Against Him (The Cut)
Rick Owens is the king of avant-garde, but he’s starting to think that the next generation is so used to boundary-pushing fashion that it views being prim and proper as a form of rebellion.

“What’s interesting now is that whole bourgeois thing, which Riccardo Tisci started doing at Burberry and Hedi Slimane is doing at Celine,” he says, explaining that he passes a Celine billboard featuring a tweed skirt and a shirt with a Peter Pan collar every day. “I know that it’s supposed to be provocative, and it is, because it kind of stuns me every time I see it. That this sensibility is aspirational for a young audience that never really experienced that, I suppose? All of their parents are wearing my clothes! I can see how that generation is reacting against me. I take it very personally. With a giggle.” 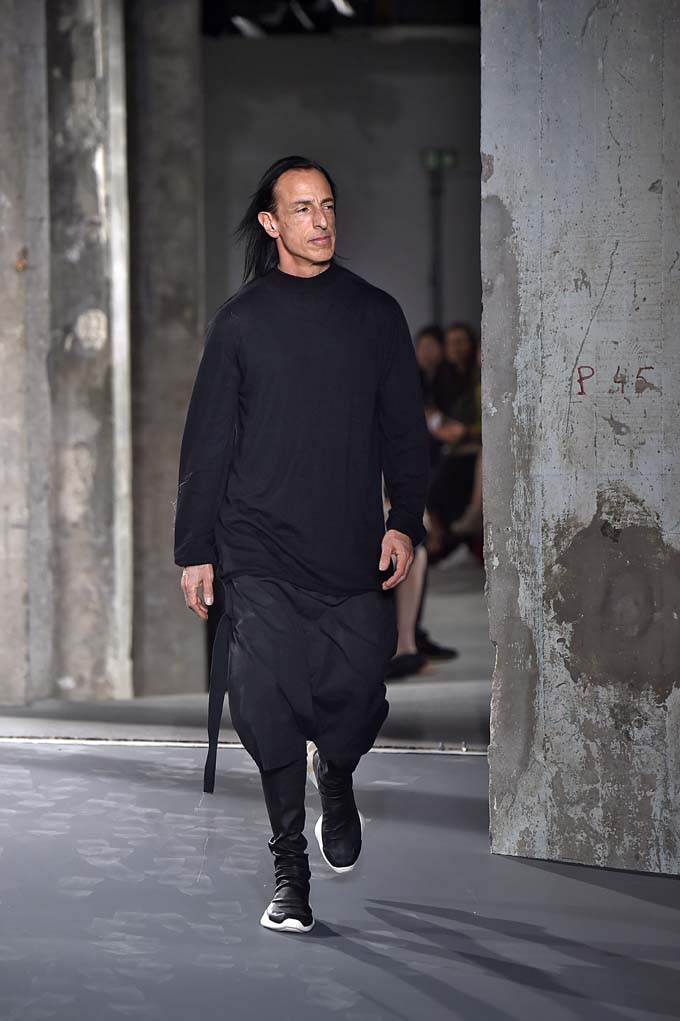 Slay Model Management Announces Its First Model Search
The world’s first Transgender-exclusive model agency, Slay Model Management, is hosting its first model search in January. “Slay is not about selling Transness,” explains Cecilio Asuncion, the agency’s founder and director. “We are selling a young woman’s capability to represent a brand or a designer. Sure, it’s great to be booked during June for Pride month, but what we want is sustainability and opportunities year-round.”

Models are encouraged to enter the competition through Slay’s website. 25 finalists will be selected to attend a model boot camp and compete in L.A. on January 25. Three winners will be selected. 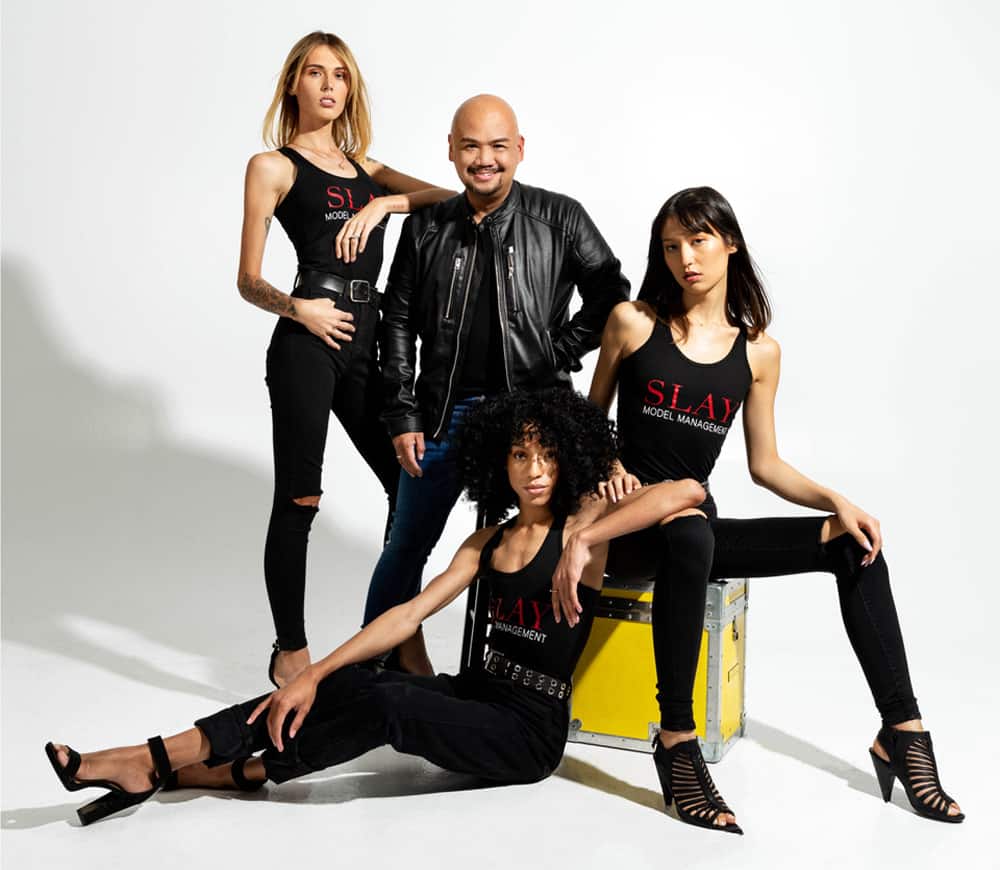 Solid Gold: 10 Chic Gift Ideas for the Glam Fashion Lover In Your Life