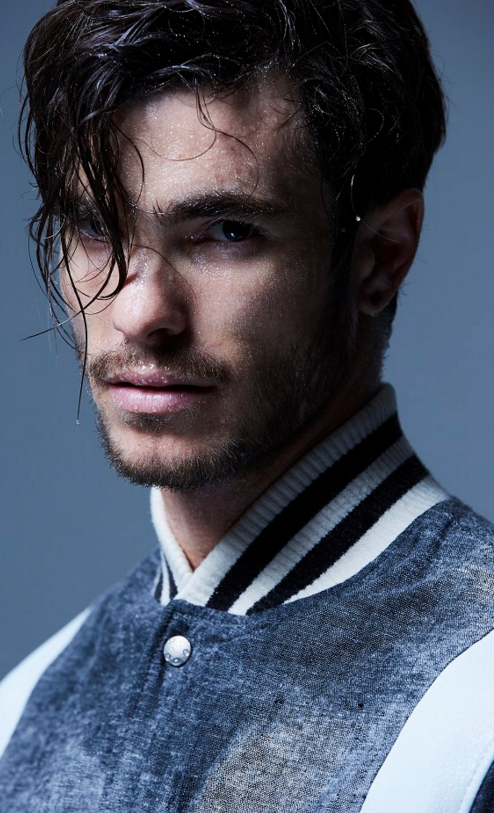 There’s an entrepreneurial spirit to most models we know, so we’re kicking off a weekly series to spotlight the side projects of some of the leading male and female faces in the biz. First up: Soul Artist Management’s charmster Julian Schratter (who celebrated his birthday yesterday—HBD!) recently dropped by The Daily’s offices to fill us in on moonlighting in the music world.

How long have you been in the game now?
Ten years! I came to New York two days after high school. My first job was for a Calvin Klein underwear box. My head or chin was also included. I was working at the time with Adam Senn and I was all wide-eyed. I had some success walking in shows like Louis Vuitton and Dolce as a young and eager kid. I’ve had, what I’d call, an under-wraps career. I’ve made some money and some good friends. I’ve also done a lot of other things. If I’m not busy, I’m going to make myself busy. A while back, I was a photo assistant for Ben Watts for a year.

What was it like working with Ben?
It was awesome. I learned so much from him. I was a model on an Avon shoot and I was probably a little more arrogant and looking for a way out, which is funny, because when you get out all you want is to get back in. Ben was having so much fun and I thought, “I want that job!” I asked him if I could assist and he let me come on a shoot a week later. I didn’t know anything, but I was really eager. He gave me a call the next day and said, “Kid, you did good! Pack your bags. We’re going to St. Barth’s for a two week Victoria’s Secret shoot.”

Who were the models on the shoot?
The big ones like Lily Aldridge and Alessandra Ambrosio. I was struggling to learn and familiarize myself with this equipment. I have a memory of standing really close to a cliff, holding a big sun swatter over Alessandra, and she’d say, “Are you OK?” and I’d say, “Don’t look at me! Pay attention to Ben! I’m not supposed to be here!” It was a great experience.

How much of your life is spent on photography these days?
Not much. I shoot music, but photography was just a step into other creative roles with artists. I can take a good picture and shoot a music video, but I’d rather be doing bigger picture stuff like rollouts and branding. That’s what really interests me. I spend more time behind a computer than a camera. I’m editing, designing. Lately my big project is working with Maxwell on his new album. I’m one of the creative forces behind his artwork.

What are you doing with him?
He has a new album coming out and it’s amazing. The first single, “Lake By the Ocean,”  just came out. Incubus is a client of mine and I did an asset for one of their concerts. Maxwell saw it and dug it and asked me to make an intro for a one-off show he had in South Africa. He recently did a show at the Barclays Center with Nas and he asked me to make more stuff. I was one of three people on the creative team for his big show. I make the videos that play in the background when he’s singing. They are there to complement, but not take away.

How many videos do you make per concert?
He needed a revamp on everything, so we did 10 songs in three weeks. It wasn’t a lot of time. I was making visuals up until moments before the show. It was no joke. He’s a friend and I’d go to the moon and back to make sure he has a good show.

Besides modeling, how would you define your job now?
I’m not really into titles. I’m an artist for artists, if that works. I make stuff for people that make stuff on a bigger platform. I get to make things and be behind the scenes, where I feel much more comfortable these days.

What do you do with Incubus?
I took a photo of guitarist Mike Einziger in his studio a long time ago and he sent me a Twitter message asking if I wanted to shoot his band. I met them in the studio, took some photos, and they liked them and asked me to go on the road with them. I take photos, videos, I get made fun of. Those guys have been in a band for 20 years so it’s nice for them to have the injection of new person. They all get along great.

Who else would you like to work with?
Working with Kanye West would be incredible. He’s an artist. Everybody has their own Kanye opinion, but it would be cool to be a part of any creative process he’s in. I also like working with new artists. I’m fascinated by the rise of a musician. Finding an artist before they’re well-known is way cool. You feel a part of it. 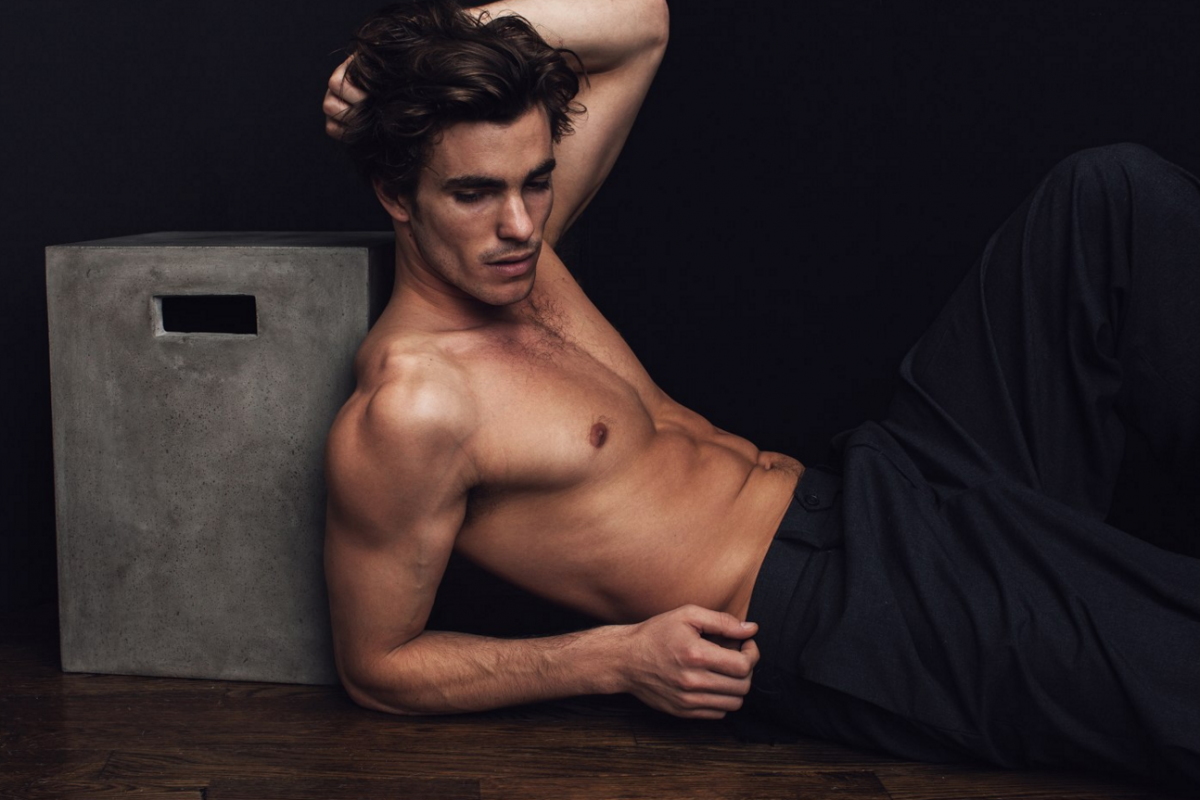 What else do you do?
I have another longterm project THROUGH WHOSE LENS? that I started with Models.com. I was a photographer working behind the scenes on show when I noticed other guys who had cameras, and I thought, “How can I be the boss?” So I gave disposable cameras to key guys and collected them so I could curate a gallery. I’ve now sent cameras all around the world. We’ve given them to homeless people. The idea is to connect people through one medium.

Did you get the cameras back from the homeless people?
Totally. There were a lot of McDonald’s portraits. It wasn’t the most interesting content, but it was interesting to see their point of view. It’s a passion project. There’s no money in it.

People magazine called you one of the “Sexiest Men On Instagram” in their Sexiest Men Alive issue last year.
That’s not deserved. I’m not that sexy on Instagram!

How did you find out?
I got an e-mail out of the blue saying they wanted to do it. They asked me some questions and I said “Hell yeah, I’ll do it!” I’m so grateful. Those things are really exciting for like…my mom.

How did People find you?
I’m not totally sure, but it might be through Nick Bateman, who I was doing some collaborations with at the time.

Any tips on how to have a sexy Instagram account?
I don’t have a sexy Instagram. There are other guys who are far more sexy. I reached my monthly quota of five shirtless photos a month. I mix up my account with a lot of different stuff. I had this thought about Instagram the other day that my account is really true to me. There’s lots of parts of me, which isn’t really what Instagram is for. If I posted the same thing every day, that’s what Instagram users want. They want the simplicity and consistency of knowing what they’re gonna get. You don’t know what you’re gonna get with my feed.

We saw on Instagram that you recently had a tattoo removed. What was it?
I had a big Redwood tree from my knee to my waist. I’m very happy with my penis size, but unless you have a 12 inch penis, do not put a tree next to it. It’s not flattering.

Noted! Did the removal hurt?
I have a needle phobia, and they administer novocaine. There were about 60 shots. I passed out the first time I had a tattoo removed. 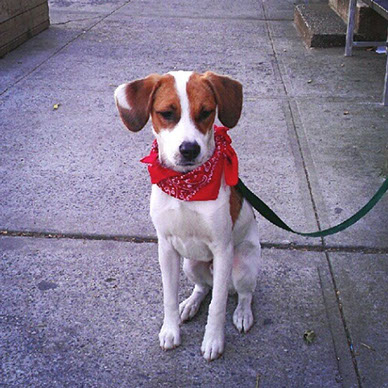 How are your planning to celebrate your birthday this year?
I’m taking my little sister and my dog Rincon to Puerto Rico. He’s from there so he’s returning home. I can’t wait to see him in his element. He’s famous on Instagram!

How so?
He’s a rescue from Puerto Rico and also a service dog. I had him for a couple of years and my buddies wanted to make an Instagram for him because he’s funny. Nick Bateman was in a photo and BuzzFeed caught wind, and one thing led to another. (Read: “This Adorable Stray Dog Was Rescued By a Group of Male Models”) A day later, he had 30K followers on Instagram. It was nuts. We were getting calls from “The Ellen Degeneres Show!”

Will you be reuniting Rincon with his family?
He’s a rescue so that’s probably not possible, but we’ll walk on the same beach that he walked on as a puppy. I’m sure he’ll feel it when he gets there.