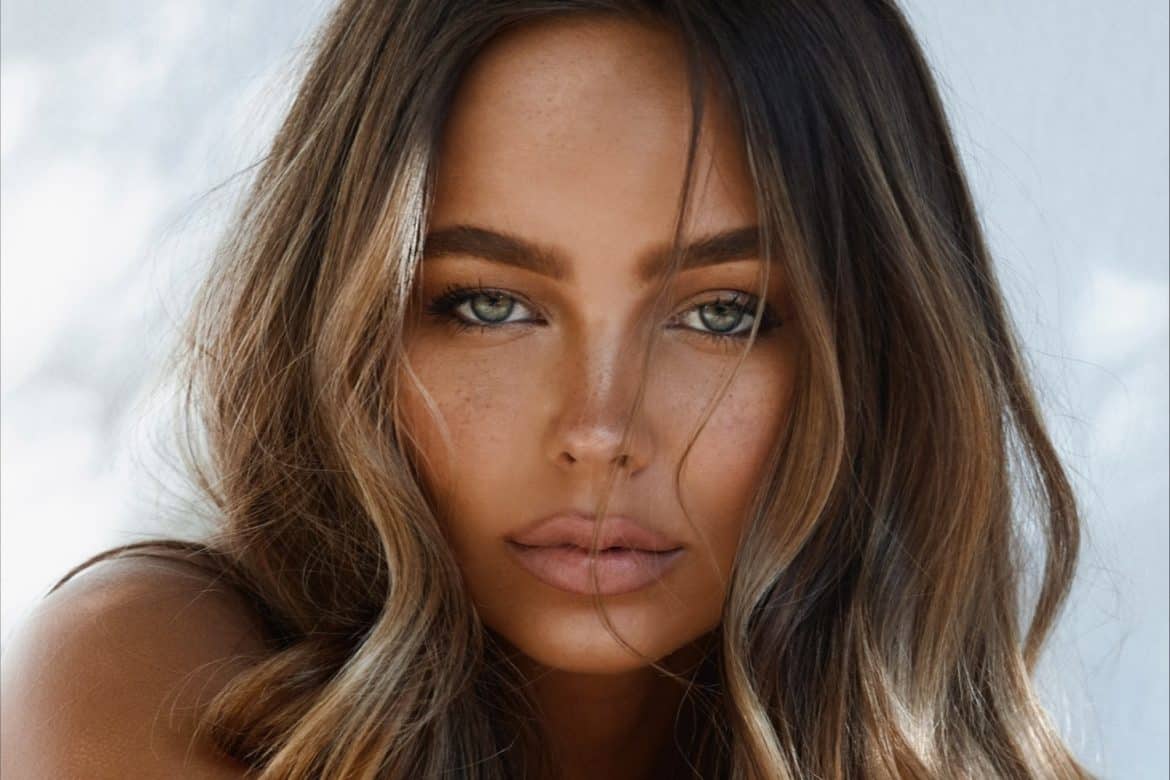 While social media is undeniably littered with an array of beautiful women, standing out from the crowd and creating a loyal following on the uber-popular platforms goes much deeper than just looks. Calabasas resident, influencer and model Adison Justis knows this better than anyone, having built up a follower count fast approaching 1 million between her highly viewed Instagram and TikTok accounts with her multi-dimensional approach to content. Justis’ origins in the modeling world stem in fact from social media itself, having been scouted on Instagram in 2018 after collaborating on posts with luxury swimwear designer Frankies Bikinis at the tender age of 17. Soon after, Justis signed with Wilhelmina in her native Los Angeles, breaking the sky-high height standards of the modeling industry with her 5’5” frame. Justis has been flourishing in the international modeling scene ever since, working with womens-focused comfortwear brand Lounge, collaborations with FashionNova and travelling for photo shoots across Europe while maintaining her roots in Calabasas.

While the beauty’s looks certainly have caught the eyes of many, her savvy approach to content creation has helped make her loyal and engaged following stay. Having begun influencing at 15, Justis’ more than five years of experience on social media are evident throughout her posts. Though gorgeous women often reel in a male-dominated audience, Justis’ TikTok videos feature easy-to-follow makeup tutorials, outfit try-ons and get-ready-with-mes, bringing in a strong female representation to her following. The overwhelming response to her content is clear, with Justis’ TikToks oftentimes exploding into millions of views, while her stunning shots on Instagram garner tens of thousands of likes. More than her gorgeous features, Justis has the brains to match, and is currently pursuing a higher education with a major in business during her offtime from modeling. Never one to back down from a challenge, Justis has big plans for the future, with the ultimate goal of becoming a lawyer within the next five years — a dream only bolstered by her internship working alongside leading prison reform expert Lori Rothschild Ansaldi, who is well known for her podcast The System with another aspiring attorney, Kim Kardashian West. At only 20 years old, Justis has her whole life ahead to leave her desired mark on the world, and if her massive reach and intellectual pursuits have anything to say about it, Justis is more than well on her way to making a lasting impact.