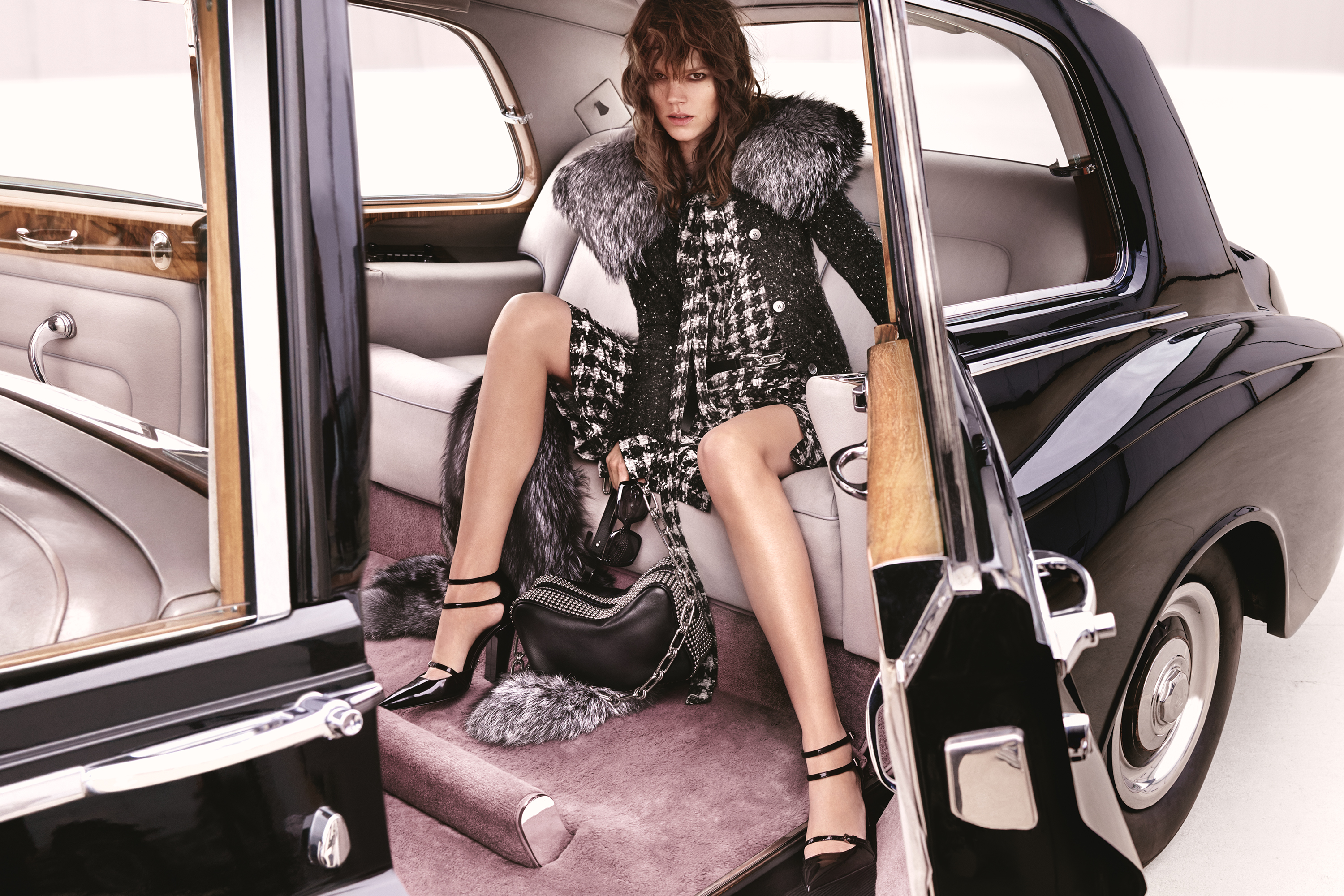 Michael Kors has unveiled its Fall 2016 ad campaigns for Michael Kors Collection, MICHAEL Michael Kors, and Michael Kors Mens, shot by Mario Testino in Manhattan. “This season, we’re throwing out the rulebook,” said Michael Kors in a statement. “From flirty feathers to textural tweeds, it’s all about individual style and clothes with personality.”

Danish mod Freja Beha Erichsen is the face of Michael Kors Collection, who was photographed in the backseat of a luxury vintage car wearing an oversized fur, ostrich feather pants, and a surprisingly sexy tweed number that shows off her mile long legs. Perfect Rolls Royce attire, of course.

For Michael Kors Mens, the extremely handsome Wouter Peelen took off in a private jet to showcase a mix of the line’s luxe and sporty attire, including an olive puffer vest paired with a croc travel tote. Fun fact: All of the models in this shoot are Dutch except Rappe, who hails from Sweden. Looks like Kors’ has a thing for Scandinavians…and mon dieu, we can see why!

The campaign will run in the fall issues of Vogue, Vanity Fair, Harper’s Bazaar, and Le Figaro. In total, the fall print advertising campaign will reach 34 countries across the Americas, Europe, and Asia.