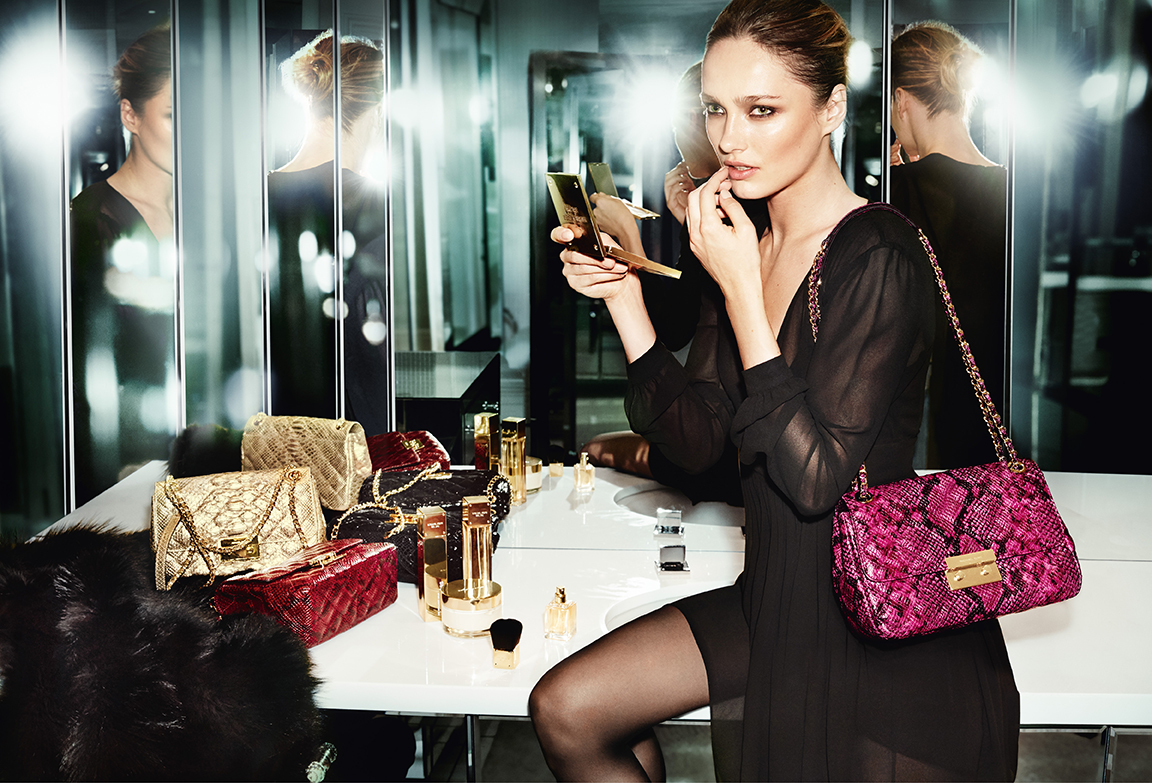 Michael Kors has released new campaign images for his Michael Kors Collection Resort and the MICHAEL Michael Kors labels, which include accessories, footwear, watches, jewelry, men’s and women’s ready to wear, and fragrance products. The Resort campaign features Sasha Pivovarova, who opened his Spring 2016 collection, basking in the back of a vintage Cadillac Eldorado in a shot by Mario Testino. The Holiday campaign features longtime muse Karmen Pedaru also in a shot by Testino. “I’ve been working with him for many years,” Testino told The Daily last month about his longtime Kors connection. “It’s unbelievable how he has such a point of view and how he celebrates life. There’s a positivity that I like. In fashion, I find that positivity isn’t consisered as good as drama or angst. I love working with him. It’s one of my favorite campaigns that I do.” The global campaign debuts this month. 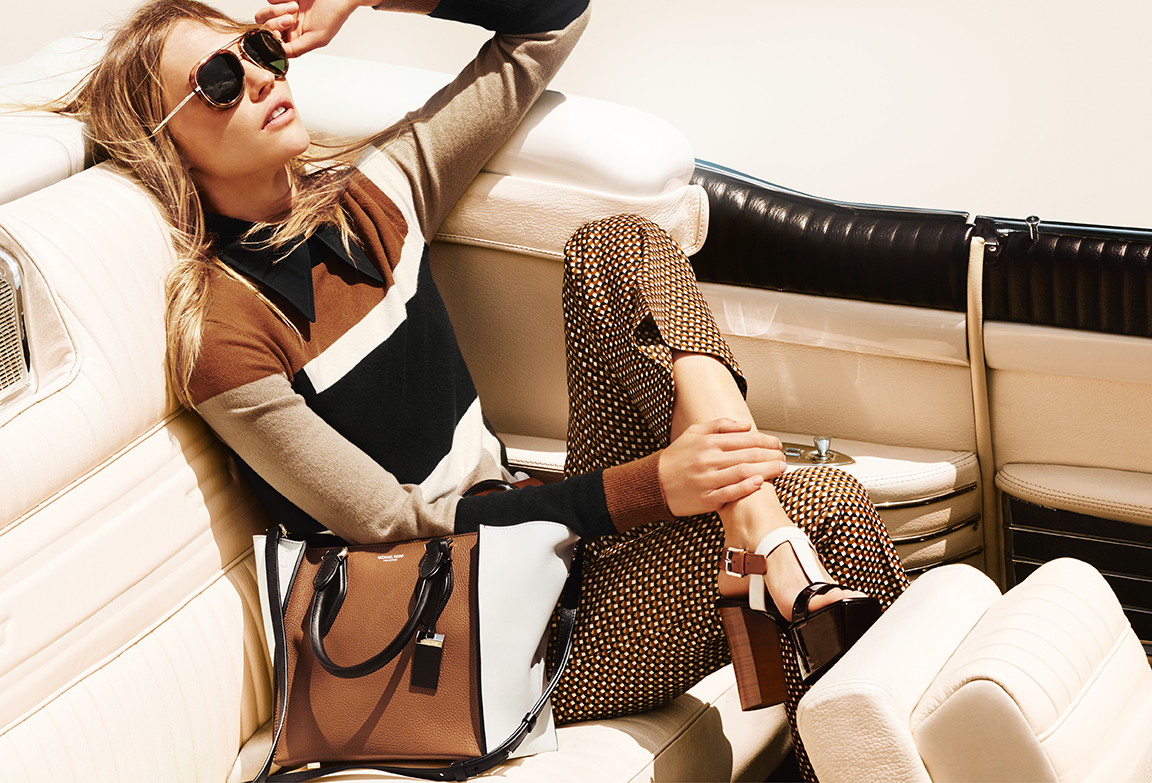