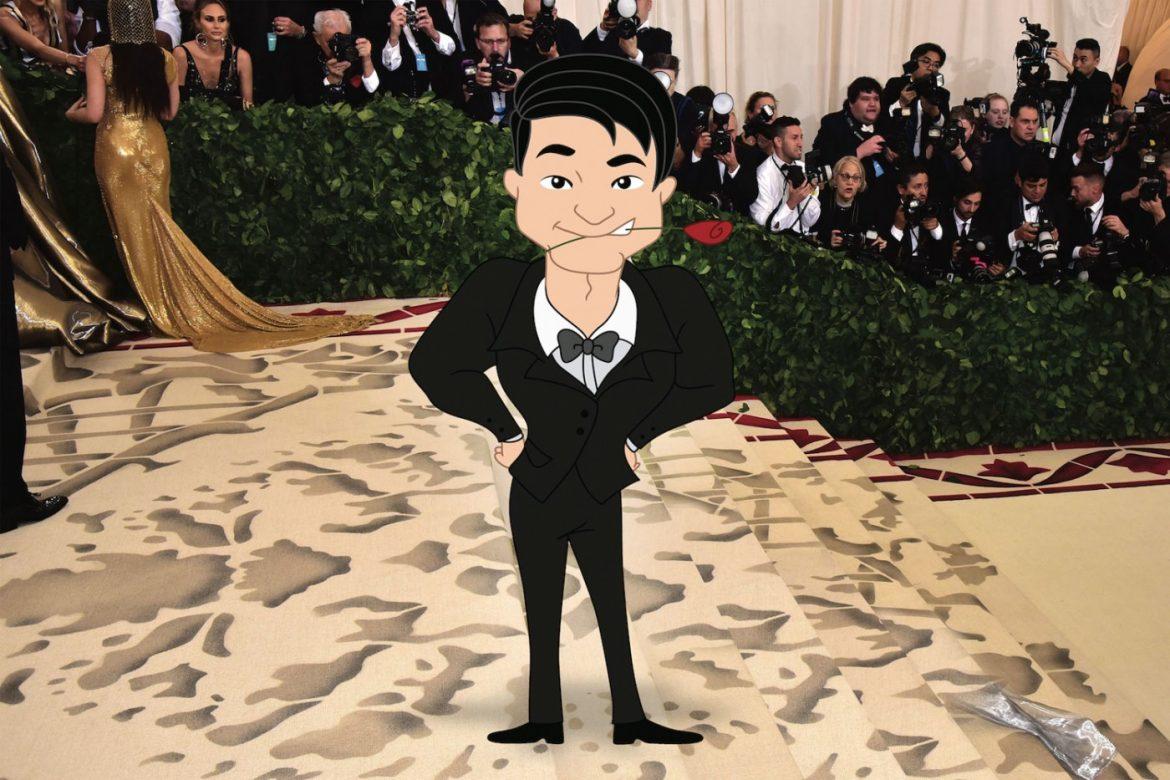 How did you end up as a VIP’s date to the Met Gala?!
I manage a bar, and one day, when I was at work, a woman who came in from time to time asked if I was single and would be interested in going out with one of her clients. I’m always interested in dating, but I didn’t understand what she meant by “client.” She told me that she runs a business that secures dates for busy, wealthy men. One of them was looking for someone to take to the Met Gala.

What did you think?
I immediately went from being not very interested to saying, “Sign me up!” At first, she was really cagey, and didn’t tell me anything about the guy other than saying he was an “A-list celebrity.” I said that if she was referring to Tom Cruise, I wasn’t interested!

What were the next steps?
There was a lot of back-and-forth. She asked intimate questions about my sex life, because the client was curious. I was like, “Is this an escort service and she’s trying to play it off as a legit thing?” I finally told her that I wouldn’t do it until she told me the client’s name, so she finally dropped it. I know everyone in fashion and I had never heard of the guy. He was not a celebrity to me—he was a business type—so I was disappointed. But I agreed to meet him.

Did you go out before the Met Gala?
We went on two dinner dates. He was a lot older than me, which was already a bit of a deal-breaker. During dinner, he kept looking around at everyone in the room.

At other guys?
No! Women. He was talking about who made their handbags, coats, and dresses. He dropped a few doozies that turned me off.

For example?
“The wonderful thing about being as successful as I am is I have the power to destroy people.”

That sounds like a line from The Bold and the Beautiful!
He kind of reminded me of my dad. I think he was looking for some arm candy who didn’t know much about the world, but that’s not me. We talked about music, and I told him that I was into electronica and Madonna, and he threw his napkin over his head and said he didn’t think it was going to work out. He was into ’70s bands. I wasn’t really around then!

Was there any chemistry?
It was lovely that he was a billionaire.

How did the official invite to the Met Gala come?
I never had his phone number or e-mail—everything was channeled through assistants. One of them finally wrote to me and said he would officially like to have me as his guest.

How did the night begin?
I picked him up at his place. The apartment was gorgeous, but it was very gay old lady — over-the-top and ostentatious. The [redacted celebrity] who he was bringing as part of his entourage opened the door because my date was apparently getting ready. [Redacted celebrity] and I ended up hanging around for 45 minutes. When I finally saw my date, he hadn’t showered and looked really frumpy. I’m not a stickler for fragrances, but nobody likes BO. He finally got ready and we all got into our SUV, which reeked of weed. We finally got there, and that’s when the fun started!

Were you nervous?
The red carpet was really exciting. In retrospect, I wish I had taken thousands of selfies, but I was trying to keep it classy. The bob-in-charge [aka the hosting editrix] was testy with my date because he hadn’t been returning her calls. That was awkward!

Was he touchy with you?
Not at all. I was wallpaper from the minute we arrived. I was polite and gracious. He seemed to be a little irritated that I knew a lot of people there.

Did anybody ask how you two met?
They did. I said we met through friends. At dinner, I was seated right next to [redacted major fashion editor]. I’m not that crazy about fashion, but I know really cool people when I see them, and I hit the jackpot. She turned out to be delightful. She had just lost a cat and was a little down, so I made it a point to have fun with her. She was like, “What are you doing with this guy?” On the other side of me was the [redacted celebrity] who kept chewing gum all night, and my date was seated next to her.

How much interaction did you have with him during the dinner?
I was super polite. The staff all knew me from the hospitality industry, too. Because I made the mistake of wearing a black tie, people thought I was working the event. Everyone was like, “What are you doing here?” At the end of the dinner, he announced, “Are you off to the bathroom again? Are you doing drugs?” No! I just like to go to the bathroom regularly! I was so embarrassed for him.

Were you excited to see the celebs?
I was. I told J. Lo she looked gorgeous and she said, “I know, baby.” Then [redacted fashion editor] said to me that if there was anyone I wanted to meet, now is your chance. Gwen Stefani was at the table behind us, so [the editor] stood up and introduced me to her.

Did you feel like an escort?
The whole experience made me feel really cheap. I knew what I’d gotten myself into, but I was doing my best to be a gracious guest, and he was very dismissive. Ironically, he told me he was having a good time because he normally leaves the Gala after the dinner. He wanted to go home at 11:30, and I planned to be out until 3 a.m.! When he was giving me these weird vibes, I considered ditching him and staying at the party.

Where did you go after you left?
Some crappy 24-hour diner. Who wants to do that when you can be at the Met Gala? But I guess he goes there all the time. We had a late-night meal, and the conversation was really uncomfortable. I knew I definitely didn’t want to see him again after he told the driver to drop him off first, which was really rude.

Perhaps he thought you were going home
with him.
I never thought of that! Maybe he wanted to get his $30,000 worth.

Is that what your ticket cost?
Yes!

Did he go in for a kiss?
Yes, and it was awkward, uncomfortable, and cold.

Did you kiss him back?
Tentatively. My tongue remained in my mouth. I wasn’t feeling it.

Did you hear from him again?
I didn’t. I sent him a thank-you card to be gracious. From what I understand, he found exactly what he was looking for.

Would you do it again?
Sure! If I go again, I’m going to be a maniac. I’ll take Molly and kiss Florence Welch!

Check out the full issue of The Daily Summer here for more great stories.