written by Kristen Heinzinger May 3, 2016 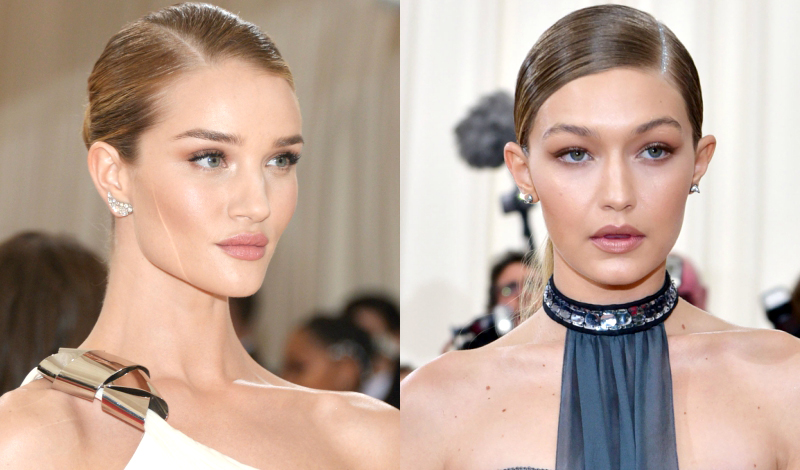 Our Met Ball recap wouldn’t be complete without a rundown of the show-stopping beauty looks that graced the red carpet. Here, 10 of our favorite trends that channeled the year’s future-facing theme. 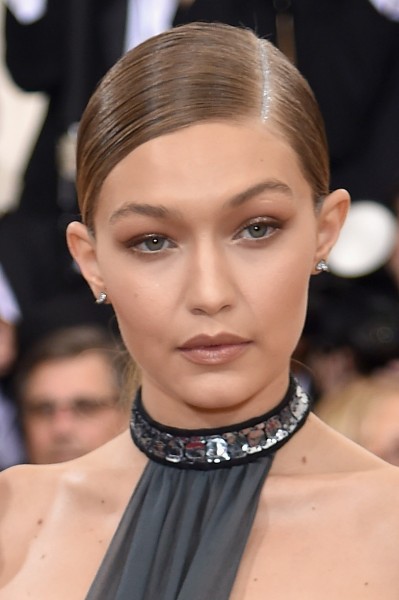 GIGI HADID
“The inspiration for Gigi’s look this year came from a red carpet look we did in the past, but we are changing a few colors because of today’s dress,” said Maybelline New York makeup artist Patrick Ta. “Gigi loves a fresh natural look but one that’s still glam. Her red carpet outfit tonight is breathtaking and her makeup look needs to match! We wanted this year’s Met Gala look to be fresh with a bold touch so we added a daring lip!” Gigi also rocked a sparkly part-line and $2,000 chrome nails embellished with hidden crystals by KISS celebrity manicurist Mary Soul. 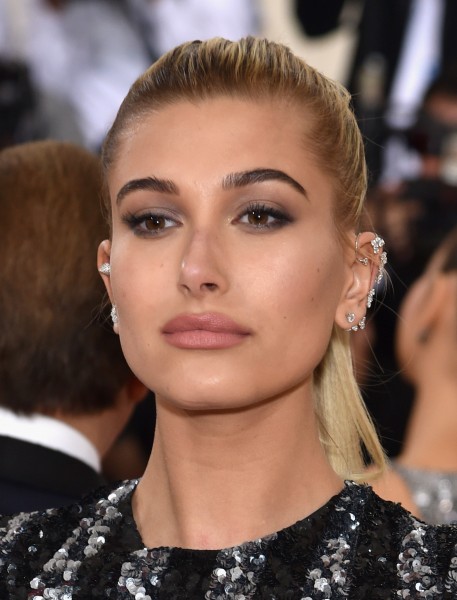 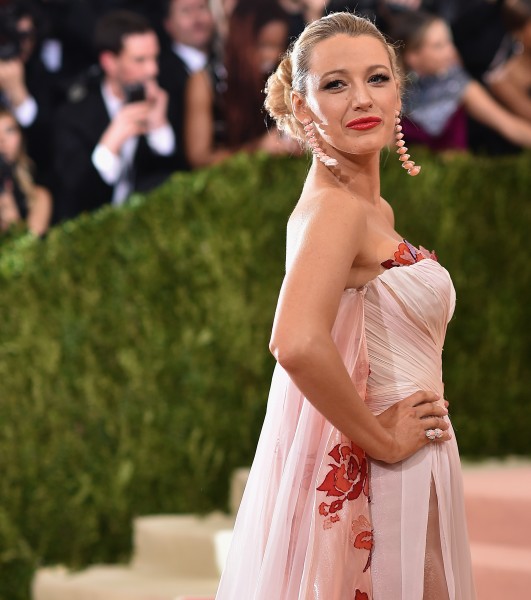 BLAKE LIVELY
The actress wore a bold red lip that matched the appliqué on her flowery, flowing Burberry gown. Charlotte Tilbury used L’Oréal products to create ultra-bronzed lids and a filled-in brow. For the lip, she used a stencil and filled it in with a poppy red lipstick.

ROSIE HUNTINGTON-WHITELEY
Moroccanoil celebrity hairstylist Christian Wood opted for a simple, clean, and elegant ‘do to pair with Rosie’s ultra-feminine Ralph Lauren gown—“old Hollywood with a modern twist,” he said. He gave her a deep side part, misted strands with Moroccanoil Luminous Hairspray, and brushed them behind the ears. Then he used Molding Cream to tame fly-aways, scooped the hair up into a ponytail, and secured it with an elastic. He twisted it into a chignon, used pins to secure, and misted the entire look with Glimmer Shine for glossiness. 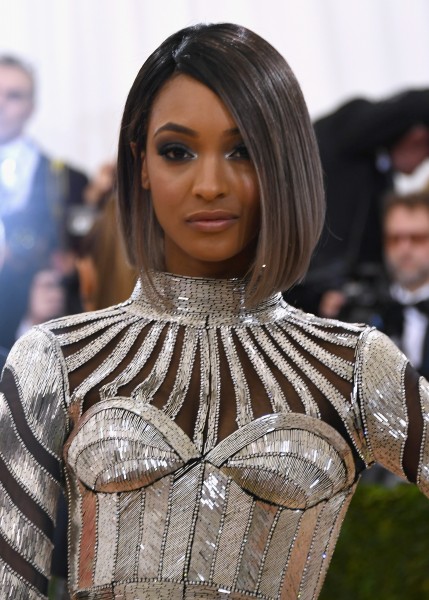 JOURDAN DUNN
Hila Karmand for Maybelline New York gave Jourdan a super futuristic look that was “inspired by the hair gradient from grey to black on the shadow with a pop of color on the inner corner of the eye to reflect the dress.” 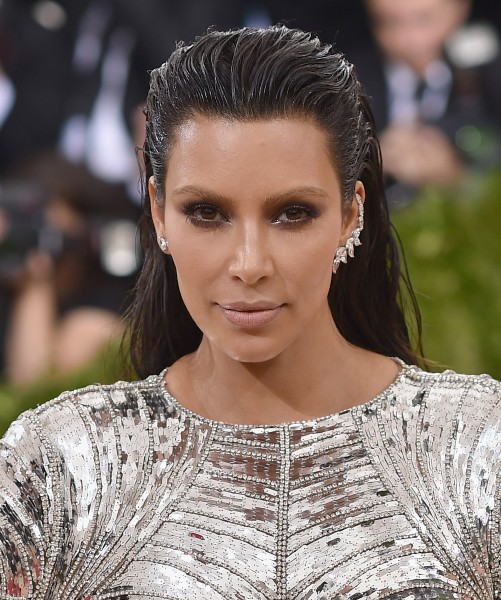 KIM KARDASHIAN
MIZANI global artistic director Cesar Ramirez gave Kim an expected futuristic style. “For the past few weeks leading up to the Met Gala Kim and I spoke about multiple look ideas,” he said. “We went back and fourth about what we should do and it wasn’t until the evening before that we really locked in a look. That’s why I believe it’s so important to always to attend The Fitting. The Balmain dress was so major on its own we opted to keep her hair sexy and fresh. I just wanted the hair to look wet and completely undone. The look may be very simple, but it actually takes a lot of steps to achieve. I even had to flex my colorist skills since I had to bleach and dye Kim’s brows.”

KATE UPTON
“The inspiration for Kate’s look was an Innovative Bombshell,” celebrity makeup artist Tracy Murphy told us. “I wanted to highlight her beautiful blue eyes and compliment the stunning custom Topshop dress she wore. The icing on the cake was her big news of the engagement to Justin. I’ve known Kate for a long time and I just couldn’t be happier for them. They are a great couple!” To emphasize the new sparkler on Kate’s ring finger, celebrity nail artist Deborah Lippmann tapered her nails into an almond shape and painted them with Natural Woman, an almond nude. “The overall look was utter sophistication,” Lippman said. “Not over the top, but super chic—she is a golden goddess.” 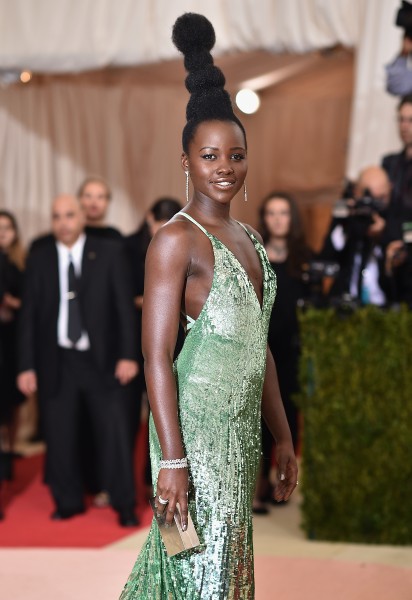 LUPITA NYONG’O
Though Lupita was wearing a stunning mermaid-like seafoam green sparkling Calvin Klein dress, the focus was on her towering updo, which channeled either Whosville or Audrey Hepburn’s 1963 Vogue shoot by Bert Stern, depending on who you ask. While we’re waiting for someone to take credit for the gravity-defying masterpiece, it’s L’Oreal who’s responsible for her makeup and Deborah Lippmann for the metallic pewter nails.

HANNAH DAVIS
Celebrity stylist Chad Wood chose a sleek, triple-layered pony and used Uberliss product to go along with Sports Illustrated model Hannah Davis’ Zuhair Murad dress. “We went with this idea because we wanted to keep it classy and tasteful, but still allow her to have a hair moment and be different from the rest,”  he said. 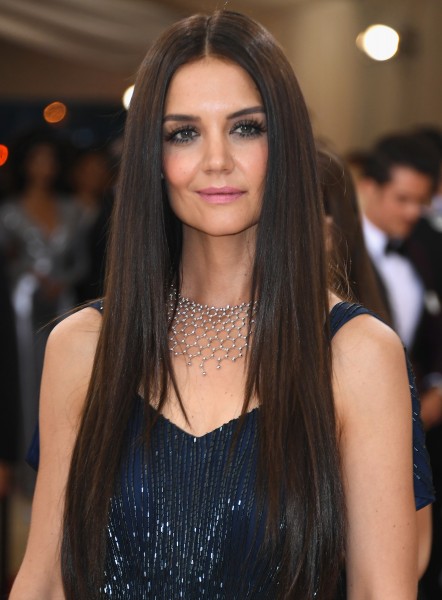 Dear Daily: The Story of a Met Gown