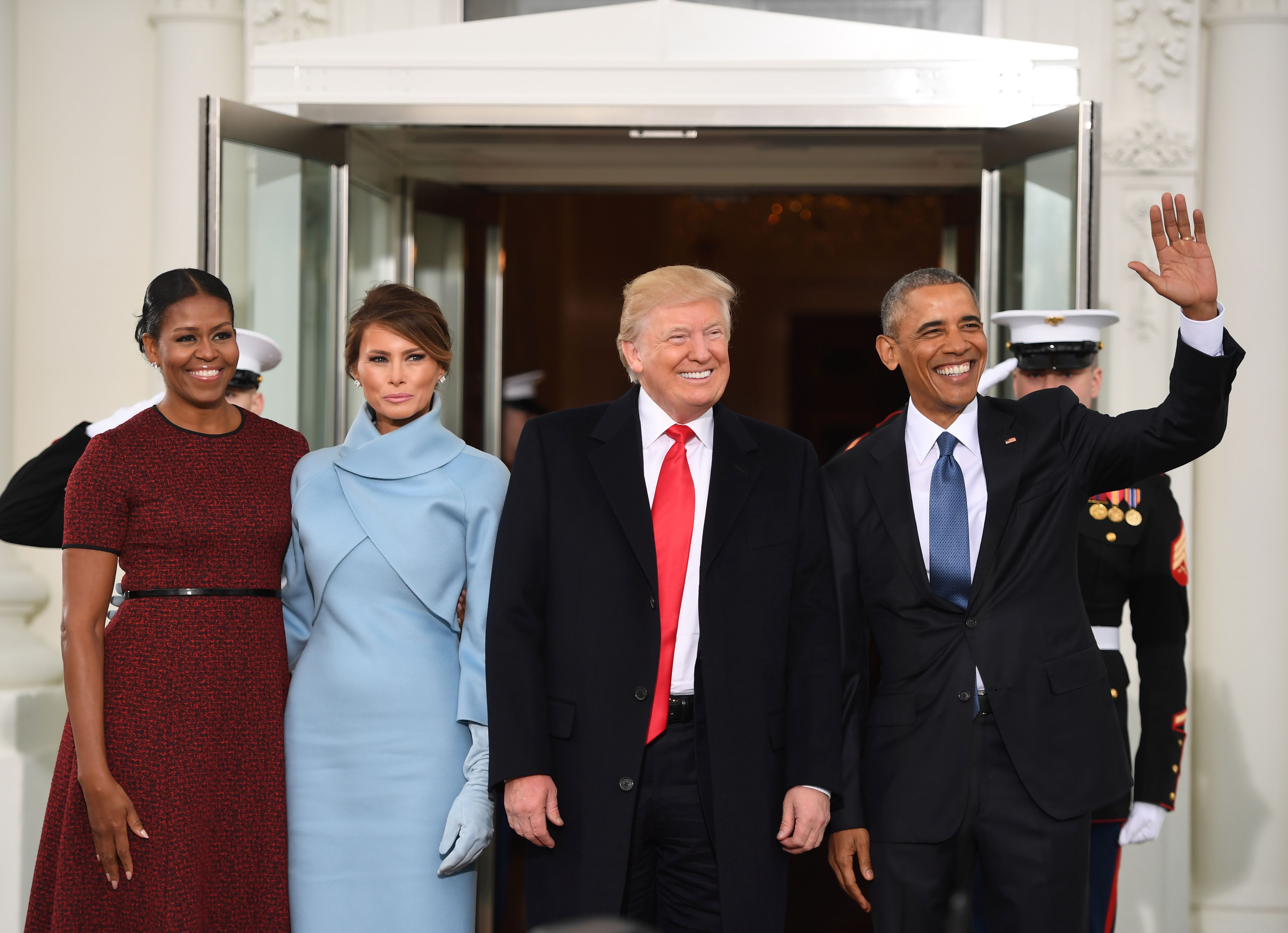 Melania Trump is wearing a light blue pencil dress with a cropped bolero by Ralph Lauren to the inauguration ceremony, according to CNN Style TV’s Derek Blasberg and the New York Times‘ Vanessa Friedman in a live broadcast on CNN this morning. Ralph Lauren, of course, is arguably one of the most iconic American designers of our time. Friedman and Blasberg weighed in.

“By working with Mr. Lauren, she is underscoring a number of different points, which is kind of interesting,” Friedman told CNN’s Anderson Cooper. “First, because he built a whole empire on the myth of the American dream. And secondly, the woman that he has been most recently associated with, at least in the political sphere, is actually Hillary Clinton.” Blasberg then added that Clinton is rumored to be wearing Ralph Lauren for the inauguration as well. “I also can confirm that I, too, am wearing Ralph Lauren,” quipped Cooper, who also added that his shoes where Church’s.

All press is good press today for Ralph Lauren.