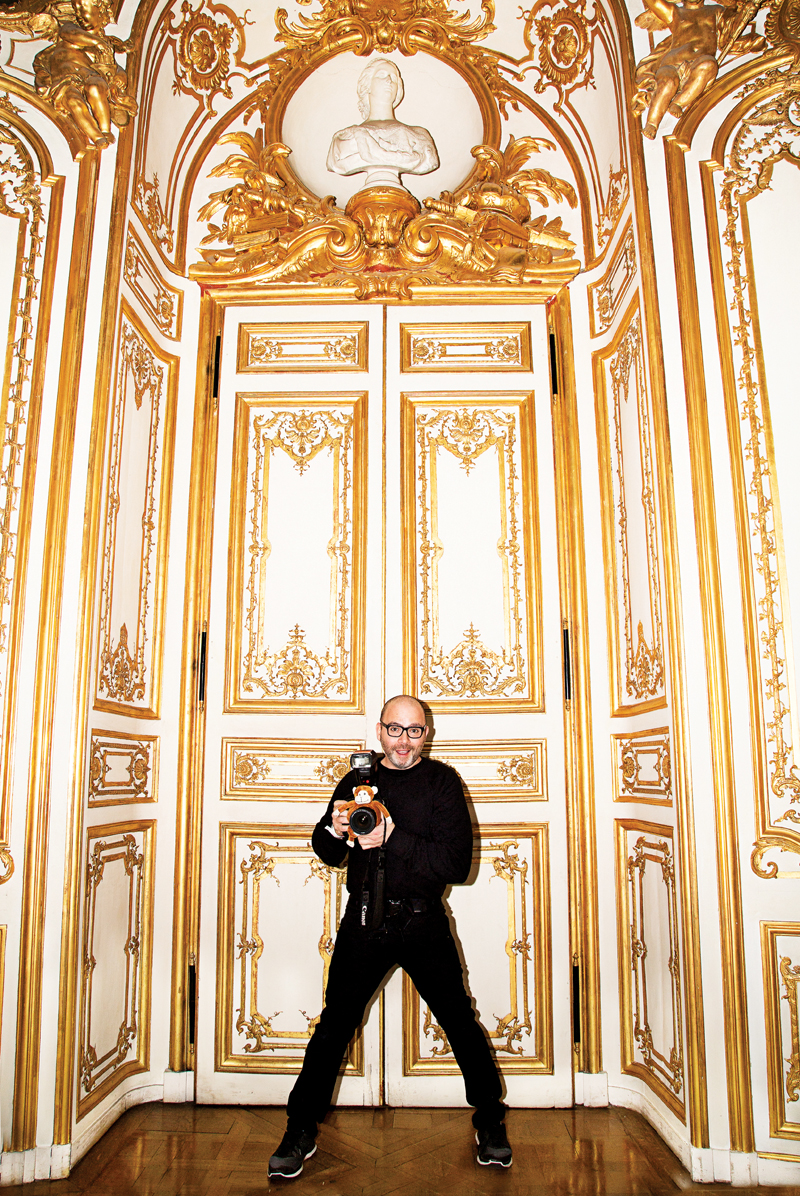 Did it really happen if Kevin Tachman wasn’t there to capture it on film? Meet Vogue’s go-to backstage show photographer—and the man behind the monkey!

What were you doing before you were a photographer?
This is sort of my fifth career, and it’s the one that stuck. I worked on music videos, represented music video directors, and worked in marketing. After that, I went to MTV, which was like a lifelong dream for anyone from my generation. I helped launch its college channel, MTVU. During that time I went to Iceland for my 30th birthday—I bought a camera, and I fell in love with photos. I was friendly with the band Scissor Sisters, and got the opportunity to shoot them behind the scenes, so I quit MTV and went on the road with the circus.

How was that?
It was boot camp. I was doing what I love with the people I love. I got to know the mechanisms of a tour and how to turn around images every night. I made friends with PR firms, and they encouraged me to try fashion, so I went for it.

What was your first show?
Heatherette. I came at the right time. The first thing I shot for Vogue was outside the Alexander McQueen memorial, which I almost missed because I almost didn’t make my train. It all would have been over before it started!

Gigi Hadid and Kendall Jenner are posting images you take of them.
Which is good, we like that. If it’s a bad picture, I don’t care whether it’s a famous person or not, no one should see it. We’re there by the grace of their invitation. I’m not here to make anyone look bad. My work is always meant to lift people up. The goal is to be part of the process, not to be the outsider looking in.

Why do you think you work so well with the models?
[Laughs] Well, I’d like to think that it’s my sparkling personality. When you’re on the road a lot and you see these girls at every show, you grow up with them. Most of the girls who are successful know that it’s a job, but also know that they want to have fun at work. If they don’t want their picture taken, I’m not going to chase them. I treat them like they should be treated.

Which models do you have special relationships with?
Everyone! I love everyone! I definitely get along with Gigi, Bella, Karlie, Joan, and Kendall. They’re all professionals.

Who were the first ones you shot?
In the beginning, I didn’t have to get a lot of the big girls because I was working with The New York Times, but at Vogue, the big girls are important. I’m shy, but saying, “Hey, I’m shooting for Vogue,” doesn’t hurt. They trust you to take a good photo. If it’s a bad photo, that’s on me more than them. I’m very hard on myself, in that sense. 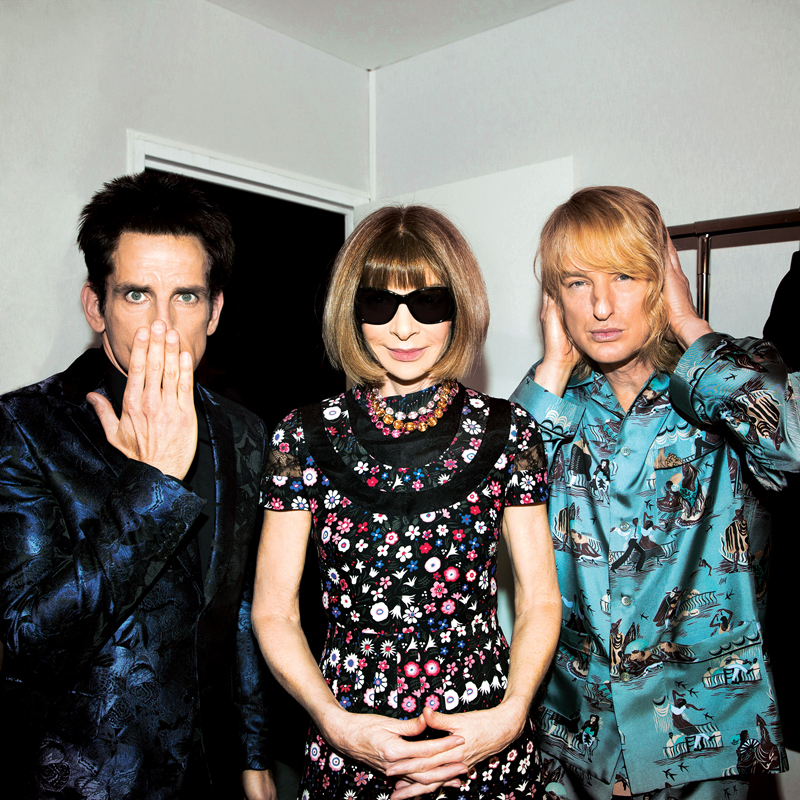 Is there a difference between shooting backstage at a men’s show or a women’s show?
Beauty is a huge part of the background of women’s shows. So if you take away all the hair and makeup, it’s a less stressful environment. You’re also not walking on gowns and watching your step at men’s shows. I do enjoy the lack of stress at men’s shows.

Do you have a passion for fashion?
No. I can’t afford it, and I can’t fit in it. When people ask me what I think of a show, my opinion is about how it looked through the camera, or how the set was.

Do you wish you’d been working during the supermodel era of the ’90s?
Absolutely, but I’m glad I have a digital camera, not film. I shot 156,000 photos last Fashion Month, and I look at every single one.

What’s Met Ball day like for you?
The access is great. I’ve done The Met Ball six times now. If I’m not nervous, that means I’m not paying attention. The tension is what makes you on-point.

Your shot of Rihanna at The Met Ball is iconic—she signed the photo to “My Darling Kevin.”
She’s a presence at a lot of fashion events. Obviously, [stylist] Mel Ottenberg made sure we got that shot. She knows to stop—she wants that shot, too.

Instagram has made everybody a photographer. Thoughts?
There’s room for everybody. What’s challenging is to figure out what makes you unique. The goal is to be more remarkable, to do something that pops. That’s why I don’t put up eight photos a day.

You’ve got a stuffed monkey on your camera. Where did that come from?
It started when I did a trip to Japan. We thought, what would be super Japanese-y to get the girls’ attention?, as a joke. I then went to New York Fashion Week and North West was at the Alexander Wang show. Kim Kardashian was like, “Look at the monkey!” and North was fixated. When people smile back at that, it’s a great way to go through the day. When I go to the Golden Globes, people who have never given me the time of day say, “That’s genius!”

Chanel Unveils 18th Film Installment of Inside Chanel: “Gabrielle, A Rebel at Heart”