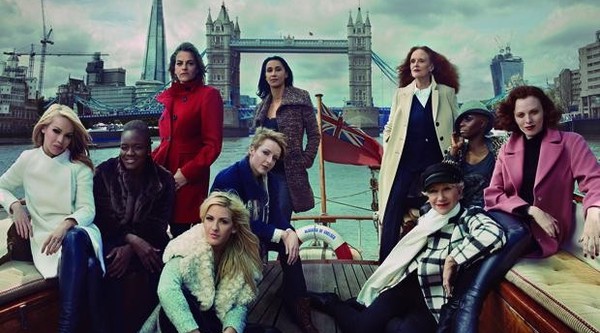 Anybody fancy a ride around the Thames? Marks & Spencer assembled a powerful list of women including Grace Coddington and Karen Elson for their latest campaign. They also brought in the big guns with Annie Liebovitz hired to shoot the closely-guarded campaign of women who were chosen for their contributions to the world. (None of them are exactly slumming it in the looks department, either.) Also making the cut? Britain’s former nurse of the year, Helen Allen, and the queen herself, Helen Mirren. Let’s see if this star power can perk up sales for the troubled British retailer.