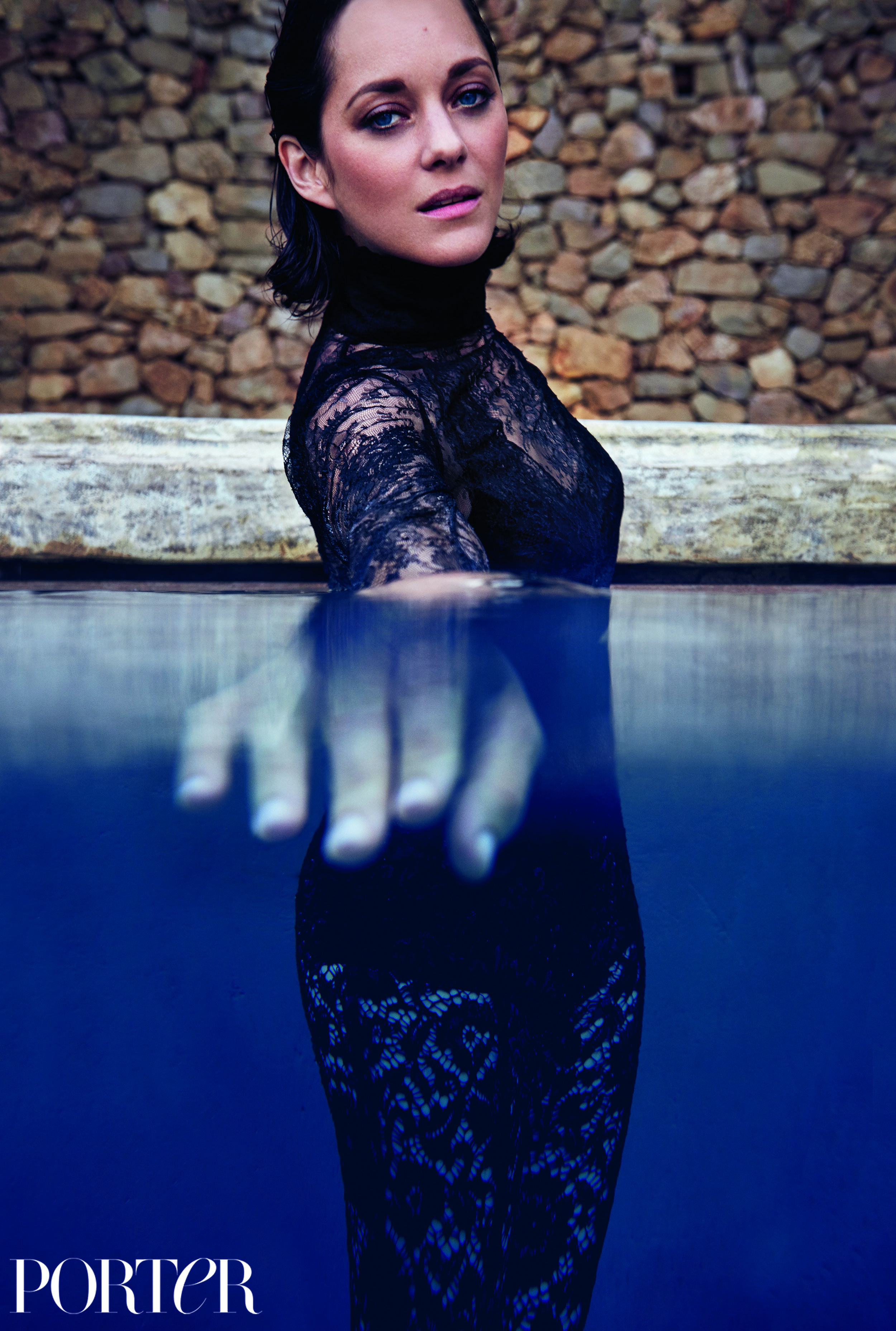 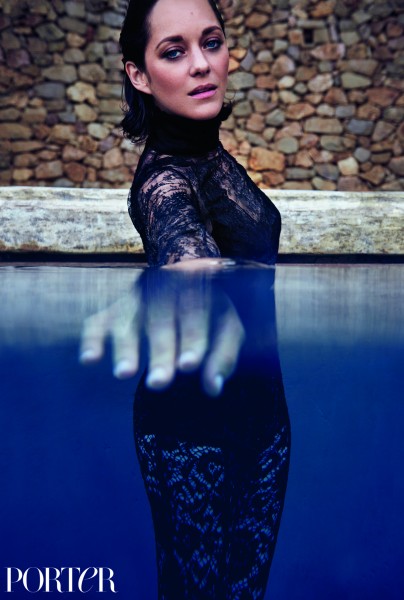 French actress Marion Cotillard gives Porter the lowdown on her darkest role yet: Lady Macbeth in the new blockbuster, Macbeth. The actress, who covers the glossy’s Winter Issue, told the mag that the role was “physical and intense” and that while she found the ambitious and murderous queen to be a fascinating character, she’s thankful that, well, they have nothing in common. Also in the interview? Details on Cotillard’s firm stance on juggling motherhood with acting, why it’s people rather than politics who have the power to change things, and how gender equality in filmmaking is out of place because it only creates unhealthy separation amongst the sexes, plus more.

On the photo front: Cotillard was photographed by Ryan McGinley and styled by George Cortina in exquisite long dresses by Tom Ford, Chloé, Saint Laurent, Altuzarra, Valentino Haute Couture, Alexander McQueen, and Dior Haute Couture, all of which can be shopped directly off the pagew of Porter using Net-a-Porter’s app or via the digital section.

Below are interview highlights that’ll keep you on your toes until the issue goes on sale October 2.

Marion Cotillard on having panic attacks during the filming of Macbeth:
“Actually, when I start a movie I usually freak out… This time it was pretty physical and intense. Panic attacks… I never had panic attacks before. What was funny is I didn’t know what a panic attack was, but I had studied it for the role I did before [in Two Days, One Night]. So when [I had one] I knew exactly what it was and I was like, ‘Are you kidding me? Am I having a panic attack?!’ But I just had to accept I would freak out the whole shoot long. That was not very comfortable, but you don’t expect to be comfortable playing Lady Macbeth…You make the choice of living a nightmare and you deal with it.”

On her first encounter with Lady Macbeth at the age of 15 at the Conservatoire d’Art Dramatique in Orléans:
“I felt something. I felt that I would one day experience being her, that one day I would explore this darkness. But I thought it would be on stage and in French.”

Cotillard on Lady Macbeth:
“She was kind of fascinating, but I have nothing in common with her. Thank God.”

On responsible living and trusting people rather than politics:
“When I was a teenager, I got interested in how the bigwigs ruled the world. [But] I don’t think politics has the power to change things. The system we’re in obviously doesn’t work. I think the most powerful people in this world are consumers, so it’s us, we have the power and most people aren’t aware of it because they consume without knowing what they consume. I trust action. I trust people who really do things.”

On fashion and red carpet dressing:
“I was never really interested in fashion before I started to work with Dior. I didn’t see fashion as an art form. Working with Dior has changed my perception… I would [call it] business but it’s not very glamorous to use that word. But it is, almost… It’s become like a crazy thing that some people can have power if they are well-dressed. Which is okay. I mean there is room for this, otherwise it wouldn’t exist. But I like to see [fashion] as a form of art more than a business.”

On gender equality in film:
“Filmmaking is not about gender. You cannot ask a president in a festival like Cannes to have, like, five movies directed by women and five by men. For me it doesn’t create equality, it creates separation. I mean I don’t qualify myself as a feminist. We need to fight for women’s rights but I don’t want to separate women from men. We’re separated already because we’re not made the same and it’s the difference that creates this energy in creation and love. Sometimes in the word feminism there’s too much separation.”