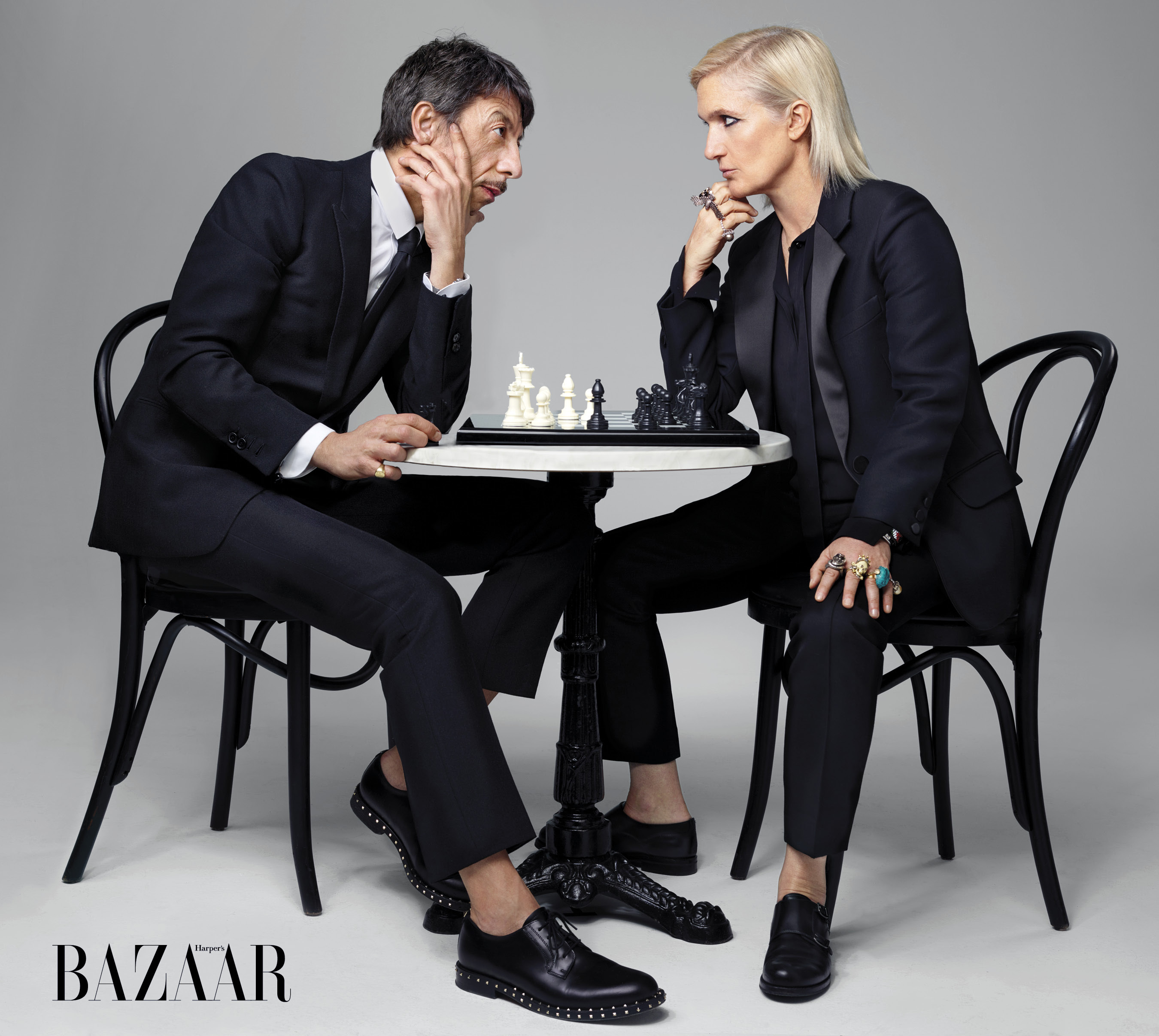 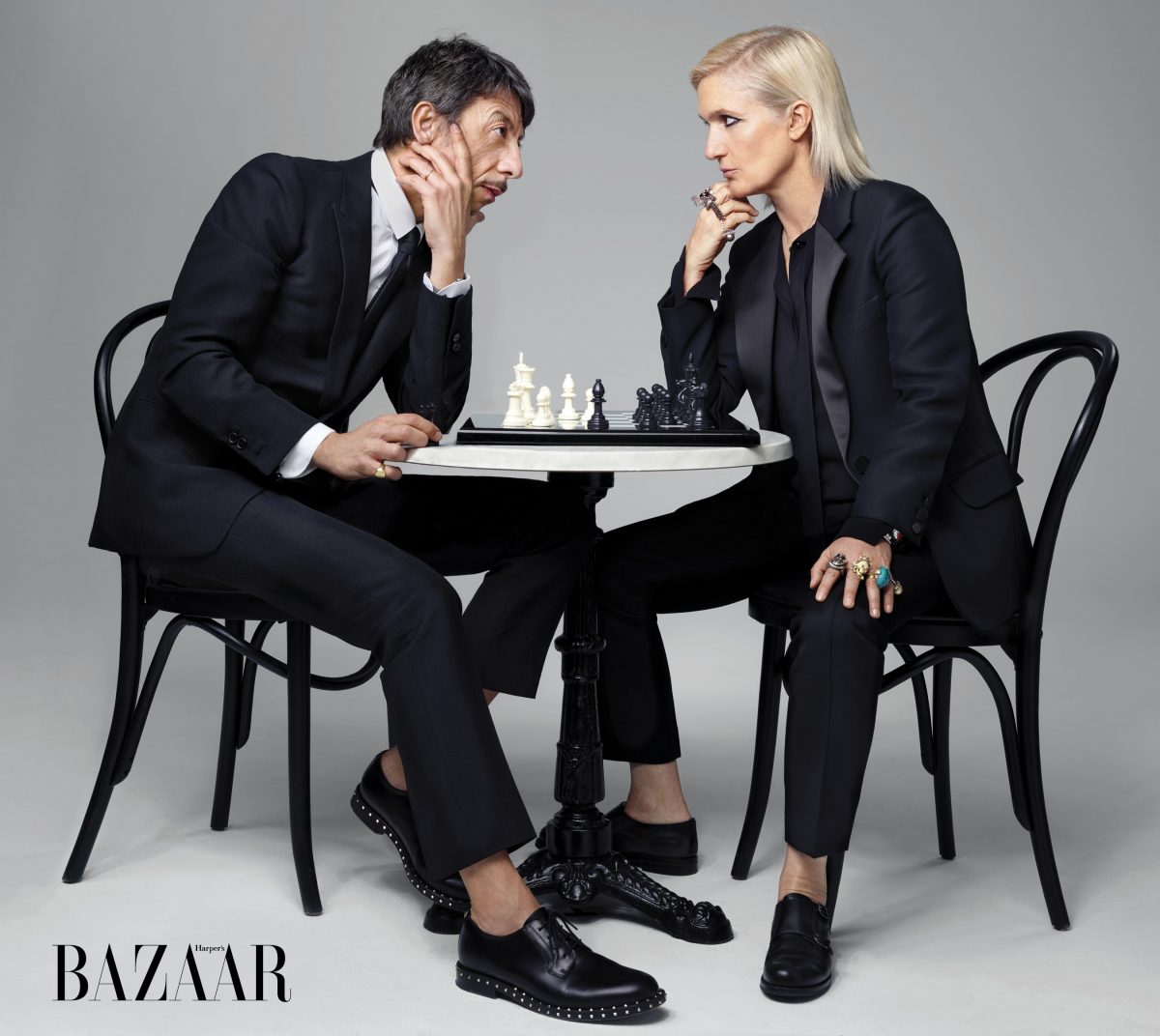 On the heels of the announcement that Maria Grazia Chiuri will be leaving Valentino, which the industry presumes means she’s headed for Dior, Harper’s Bazaar released an interview from its August issue with both Chiuri and her former co-creative director Pierpaolo Piccioli (who is now the sole creative director of Valentino). The duo are quizzed about each other’s personalties and experiences together, including everything from who’s the better cook to the traits of the other that annoy them. The two say they mostly disagree on delays in schedule, and Chiuri confessed she gets most annoyed with Pierpaolo’s slowness. Perhaps Chiuri will fit right in with Dior’s fast-paced environment that was documented in Raf Simons‘ Dior and I. In any case, the anticipation for the designs these two wunderkinds will turn out separately is already palpable. Read on for a glimpse into what their lives were like together at Valentino. 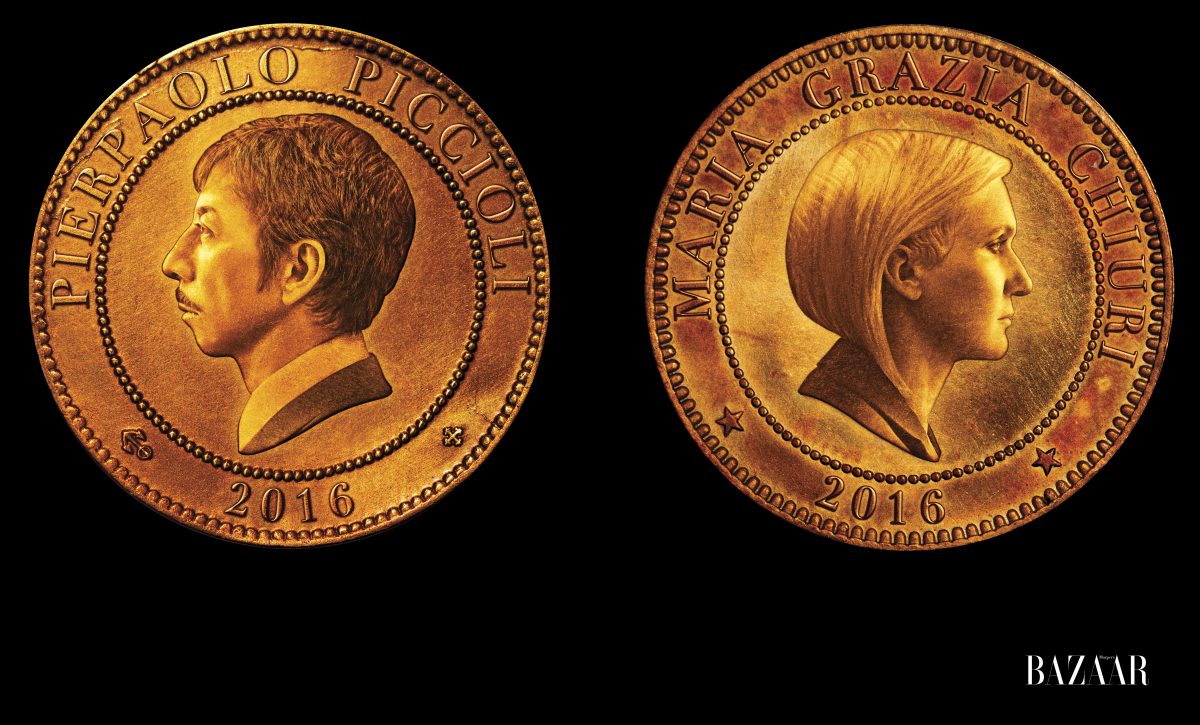 What is your favorite quality about Pierpaolo? Reflective.
What’s the most embarrassing thing you’ve done in front of him? When I don’t recognize people or remember their names. I don’t wear glasses, but I should.
What did you think of him after your first meeting? Too much time has gone by to remember that.
What is his biggest strength? Self-control.
What is his favorite quality about you? Intuition.
Which trait of his annoys you? Slowness.

What is your favorite quality about Maria Grazia? Intuition and passion.
What did you think of her after your first meeting? I felt a connection. We had a lot of interests and passions in common.
What is something you don’t know about her? Many things. It’s good to maintain two lives with their own differences.
What is her biggest strength? Determination.
What is her favorite quality about you? Rationality.

MARIA GRAZIA ON BOTH…

Who takes longer to get dressed? Pierpaolo.
Who spends more time on their phone? It is the same amount. We both spend too much time on it.
Who’s the better cook? I’ve never eaten anything he cooked.
What is your favorite shared memory? The many work trips we’ve done together.
What do you disagree on most often? Delays on schedules.
What is the biggest disagreement you’ve had? Nothing so major to recall.
What’s the best part about working together? The results we’ve accomplished together at Valentino.

Who takes longer to get dressed? I do.
Who spends more time on their phone? Both of us.
Who’s the better cook? Maria Grazia. I don’t cook.
What is your favorite shared memory? The years we’ve spent together in Florence.
What do you disagree on most often? To disagree is part of our creative process.
What is the biggest disagreement you’ve had? High heels or flats.
What’s the best part about working together? You learn that difference is a value if you’re able to respect other perspectives. And this is a life manifesto.