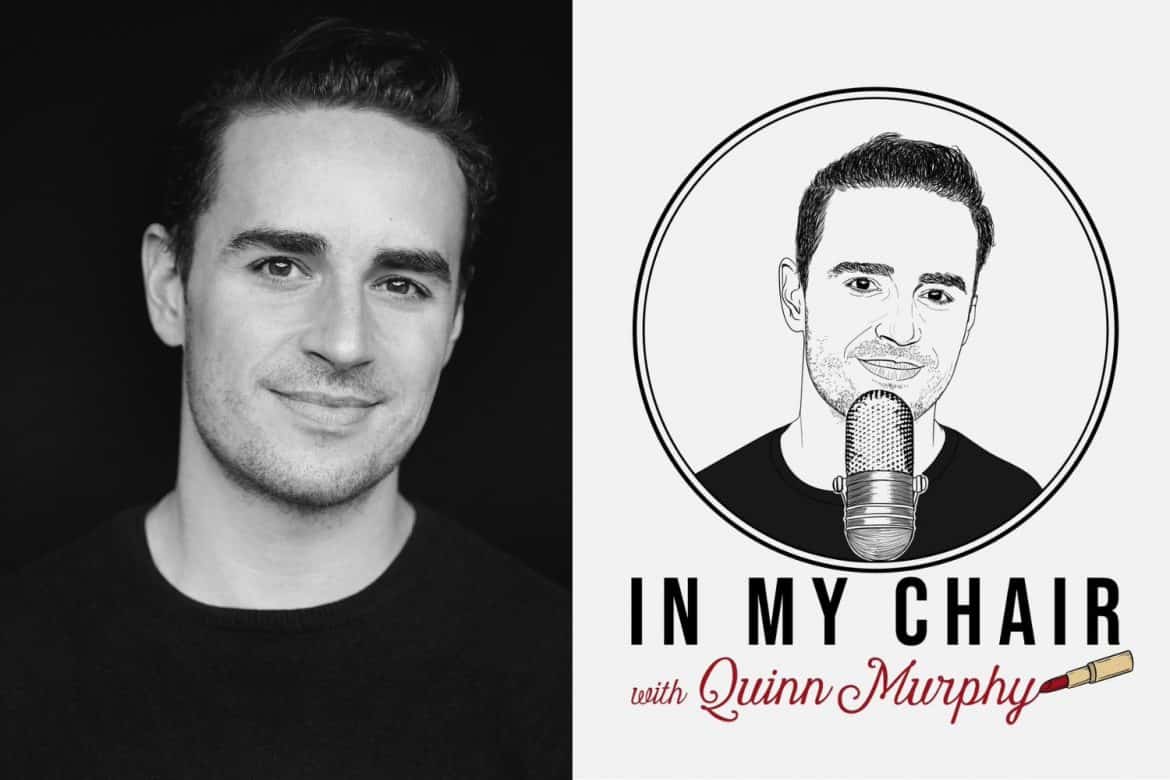 If you can’t get enough of the behind the scenes stories of movers and shakers like Mario Dedivanovic, Hung Vanngo, and Bryce Scarlett, a new podcast by celeb makeup artist Quinn Murphy is calling your name. With the pandemic still looming, he used his free time to launch In My Chair, inspired by the conversations he’s had with talent and industry colleagues in his own makeup chair. Think: Inside The Actor’s Studio, but for beauty! Over a FaceTime chat, Murphy tells The Daily about his gift of the gab and who he’s talking with on the podcast.

Hi Quinn! Why did you want to do a podcast?
I’ve wanted to do a podcast for a few years and I kind of got everything ready and whatever, and then I was just was so busy that I never got around to launching it. I was feeling sorry for myself for about five months during COVID, because I was just, like, ‘Ugh! There’s no work, what am I gonna do?’ I’d always kind of felt guilty that I hadn’t done the podcast because it was always something I wanted to do. Then, I had no excuse not to!

Sounds like a lot of people have taken on new projects like this!
I can do it from home, people can do it from home. I just love doing it. I could do it every day. I love talking to people, I love hearing people’s stories, it’s just kind of who I am as a person. If I could figure out a way to get paid for having dinner with someone—that would be my utopia. Everyone’s so into hair and makeup and styling and beauty, and especially the behind the scenes: How did you get to where you are? What are the challenges? How do you get over them? I wanted it to be a tool for people who are creative, or thinking about doing something creative. People talk a lot about their stories, and talk about what didn’t work as much as what did and timing and luck and everything else, and talent,  the big ‘T’ word. That part of it is really fascinating to me. That kind of peek into the conversations I have with people in my chair is really the impetus for what this is. And I have to tell you that I am blown away at how honest, candid, and willing to talk people are. Because it’s one thing when we’re not recording, and we’re shooting the shit in the makeup chair, but it’s another when we’re talking to people. I’ve done almost 10 interviews now, and they’re all incredibly different, and all really honest.

I know you’ve worked with Gigi and major models before, but you’re really starting with behind the scenes people on the show. Why did you want it be divided between your girls, and people like Mario and Hung.
I do have some girls on. I interviewed Lily Aldridge, and I have a couple clients of mine coming up. But I really thought this could be for us. Really about the hair and makeup styling world, the workhorses of the industry. Most of us don’t have publicists, we’re not used to talking about ourselves.

The relationship between makeup artists and models and movie stars has always fascinated me. What is it about the closeness between the makeup artists and their subjects that’s such a special relationship?
It takes a bit of telepathy, because they have to know that I have my vision, and it somehow melds with theirs; of who they are going to be, right? There’s that trust involved. When I show up, I might have my opinions, they’re gonna have their opinions, but on some level, we see the beauty world or their face, in the same way.  I worked with Naomi Watts today, and we were talking about different people and she was like, ‘That makeup artist is fabulous, but not for me.’ We’re not all for everybody. You get really close because you trust, literally, your look, in that person’s hands. It’s very intimate. You might do makeup in someone’s closet or you travel the world. And so just like with anything, you develop a bond. We’re the first people they see in the morning. We set the mood for their day. They want people around them who are going to lift them up, and not make it about them or be a drag.

Do you think women like being around you because of your humor?
I’m one of the funniest.

I love that answer! What’s your humor like?
I don’t have that much of a filter. I’m opinionated, and I just like to laugh. If somebody was going on a date with someone and that person wasn’t funny, that would just be the ultimate dealbreaker. Because I always think of humor as the highest level of intelligence—that you can take something, and twist it, and make people laugh at it. It’s definitely the way I communicate with people the most. If you have the option to laugh or to not, why not choose laughter?

When did you go back to work and how often are you working now?
New York was devastated for March, April, and May. I had a few jobs here and there in the summer. It’s been really sporadic.  It’s not like, ‘Oh yeah, I’m so busy.’ I’m not. I work with celebrities. Everything we do is social. It’s to get someone to a red carper or it’s a photoshoot, so it’s really slow. I would have been busier if I had been in LA. It’s a one-industry town. If they shut down Hollywood, they have nothing. Whereas in New York, it’s like, you know, we still have Wall Street.

Did you ever want to be a DJ or a host when you were younger?
Oh, yeah. I just thought Oprah was the embodiment of everything that someone could be. She just was herself. Anybody you meet in life, if they show up as themselves, that’s attractive. We’re just automatically drawn to that. I love Howard Stern, too.

LISTEN TO THE PODCAST HERE!

Mario Dedivanovic On Beauty’s Future and What...