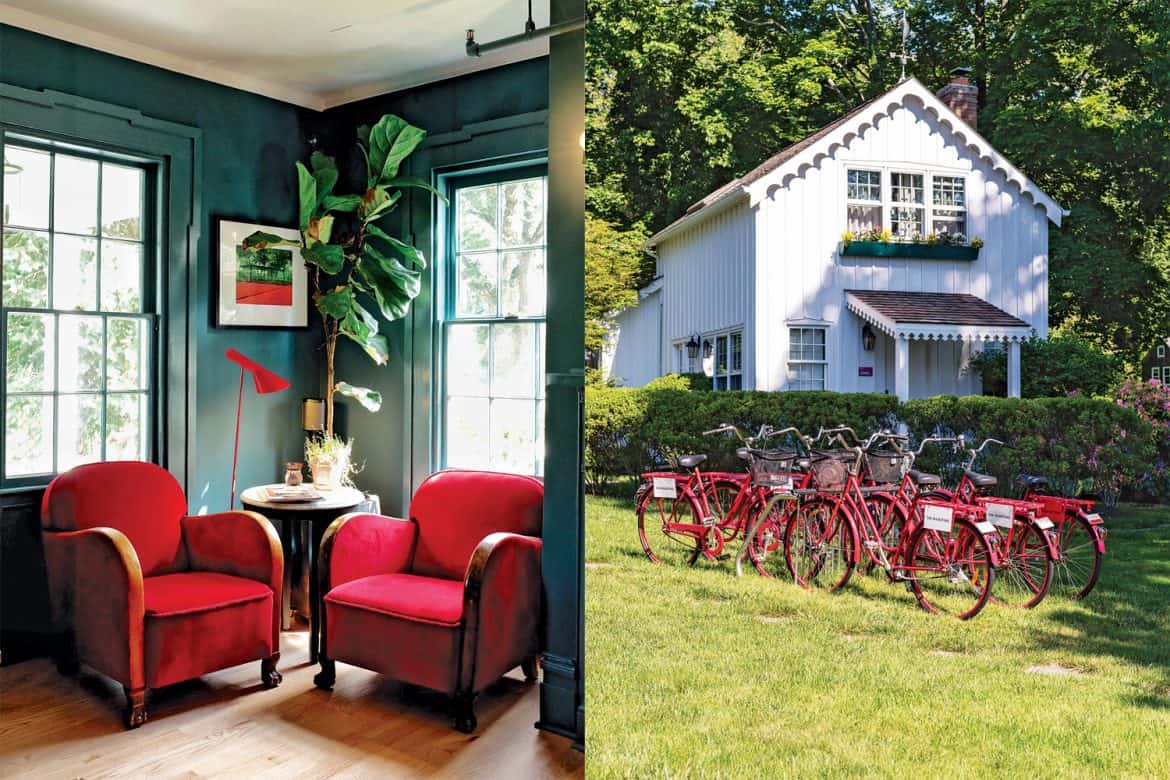 The Maidstone Hotel has been the jewel of East Hampton since 2008, when hotelier Jenny Baker and filmmaker Jonathan Baker began modernizing the 150-year-old property. To celebrate its 10th anniversary The Daily Summer spoke to the Bakers about what sets their hotel apart, and how the Maidstone — with its champagne bar, five-star restaurant, and celebrity fans — has become one of the chicest destinations in the Hamptons. 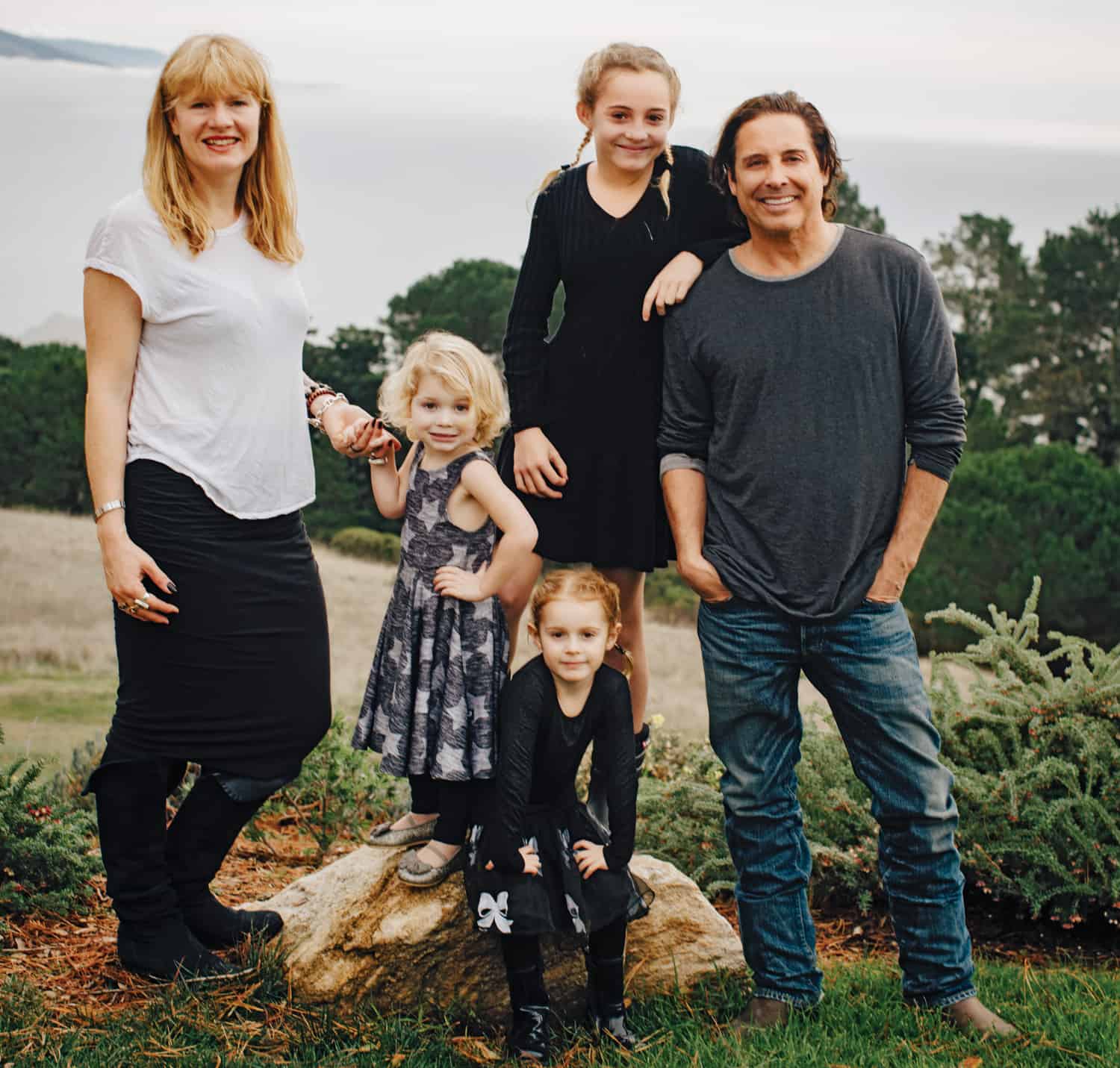 The building has such a history! What drew you to purchasing it 10 years ago?
JONATHAN BAKER: At the end of 2008, Jenny wanted to buy a hotel in New York, and this property had come on the market.

How did you envision the atmosphere?
JENNY BAKER: I wanted it to feel like home. The restaurant used to be called The Living Room. Originally we called it c/o the Maidstone, which was the brand we had created for other hotels we had at the time. We made sure there was a dining menu that covered everything from early morning to late night. We had Xboxes in all the rooms, along with coffee and tea makers. We also purposely put in a lot of books; many of the rooms have fireplaces.

What other homey details did you guys add?
JENNY: We catered to kids and dogs. We taught the staff to treat them like clients — we taught them to get down on the kids’ level, which broke the ice. We purposely situated toys in places where they weren’t obtrusive, and we allowed children to have their own experience. The same with dogs — right away, the staff brings them a water bowl. Jonathan and I are both dog owners and we have kids, but we still like to go to amazing places. You shouldn’t have to sacrifice all that just because you have kids.

What other “firsts” have you had?
JONATHAN: We put free bicycles out front!

JENNY: Most of the hotels out here have taken after that now, which is great. But nobody had them at the time. 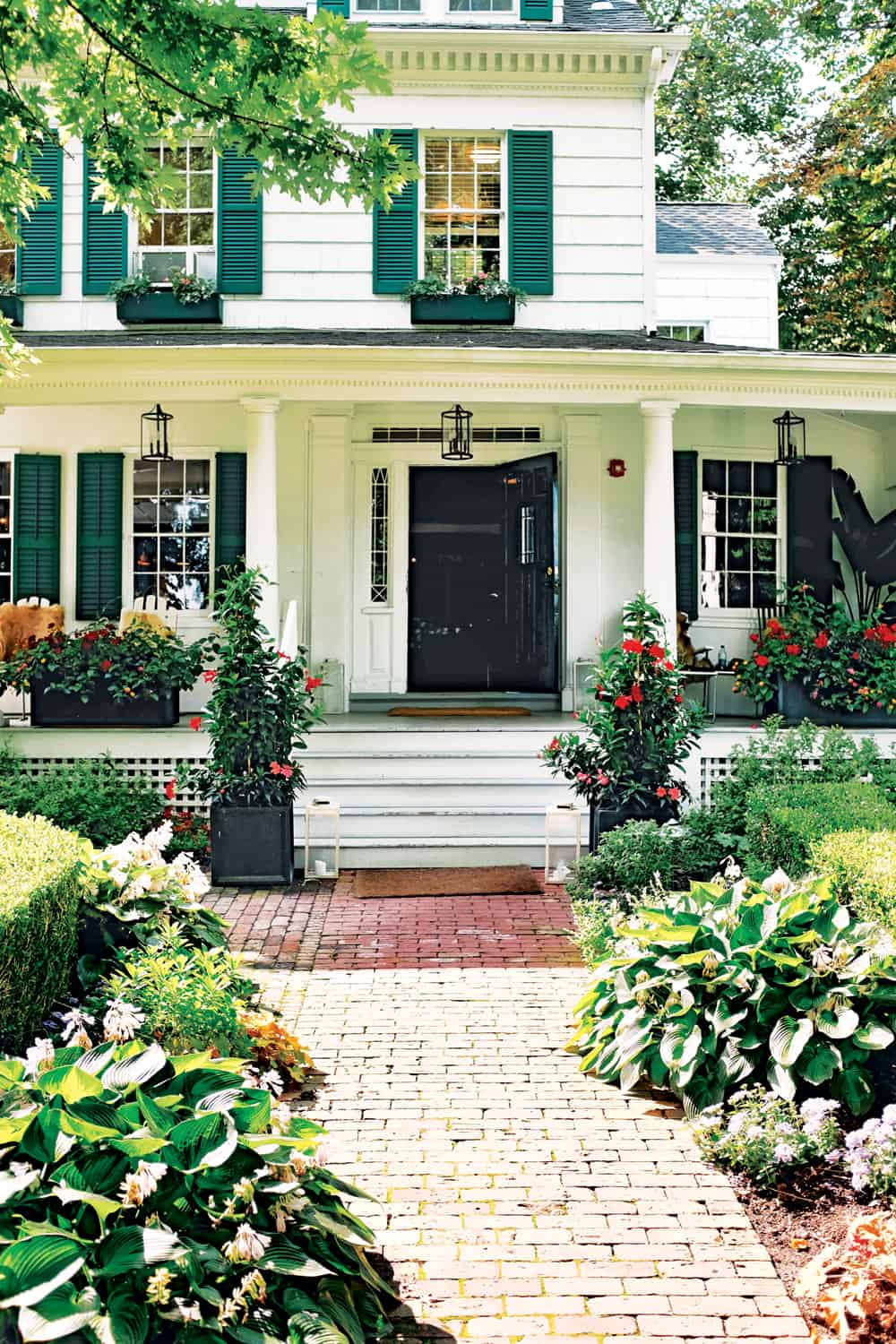 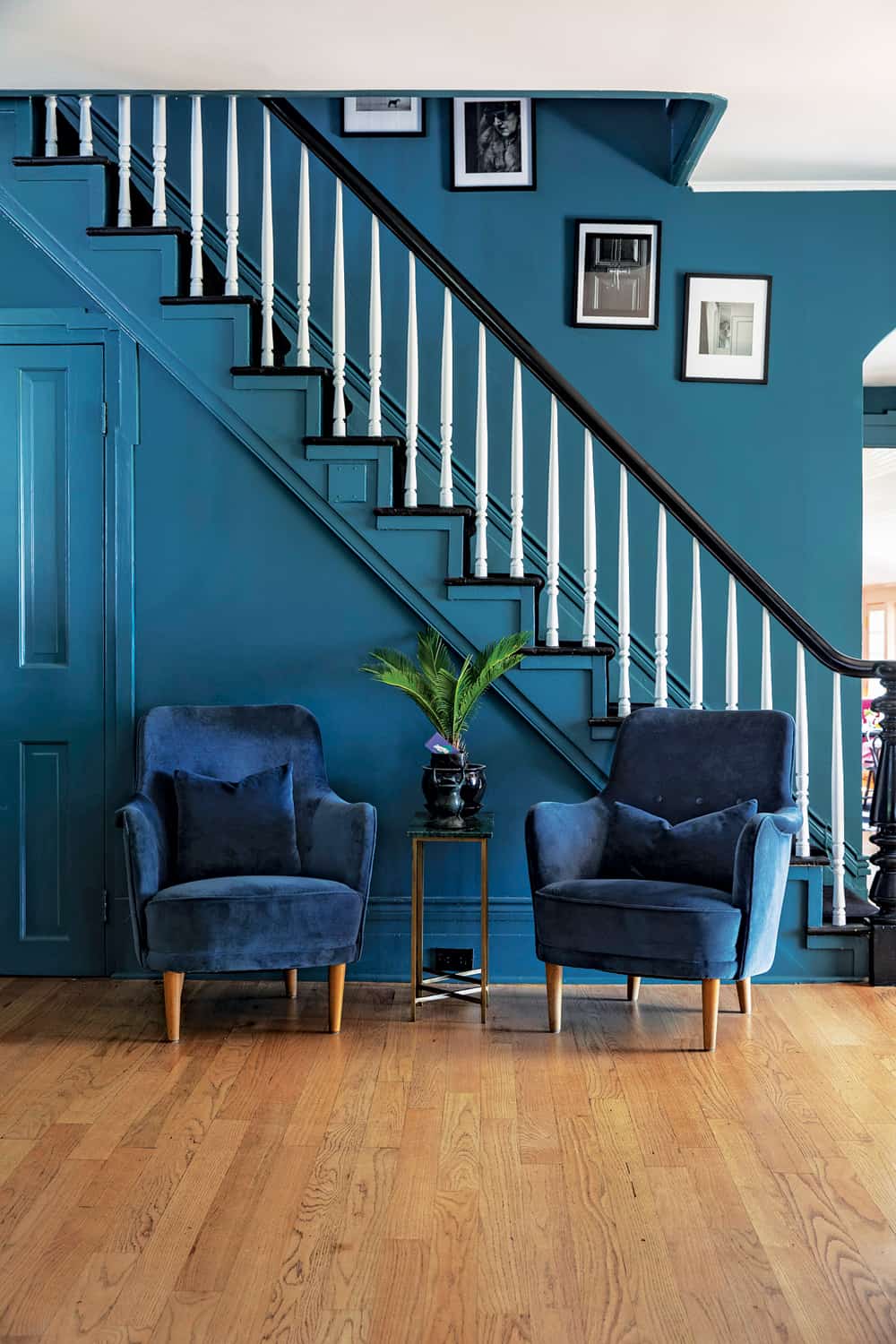 How have you updated the hotel over the years?
JONATHAN: We just changed the colors of the hotel to salamander green. And we’ve expanded the bar to double the size. We are a champagne bar that caters to the sexy thirtysomethings or late twenties. When you’re done partying and you want a place to hang out, we’re the only hotel in the East Hampton. We’ve had more celebrities stay here than at any place.

Like who?
JONATHAN: Bill and Hillary Clinton, Meryl Streep, James Franco, Katie Holmes, Stevie Nicks, Ben Affleck and Jennifer Garner, Will Smith… We’re not presently associated with them, but we’ve been on and off with the Hamptons International Film Festival. We do a lot of premieres at The Maidstone in the summer. Last year, we did Spike Lee’s BlacKkKlansman. Robert Downey Jr., who lives nearby, uses our hotel as overflow for his own house.

Tell us more about the art collection!
JONATHAN: We rotate art in our common space. We’ve had Jacob Felländer, Roy Lichtenstein, Andy Warhol, Slim Aarons, and themes such as Studio 54. We usually bring the artist, creator, or the art gallery out to the Hamptons for a sit-down dinner. The Eric Firestone Gallery in East Hampton has curated a lot for us in the past. 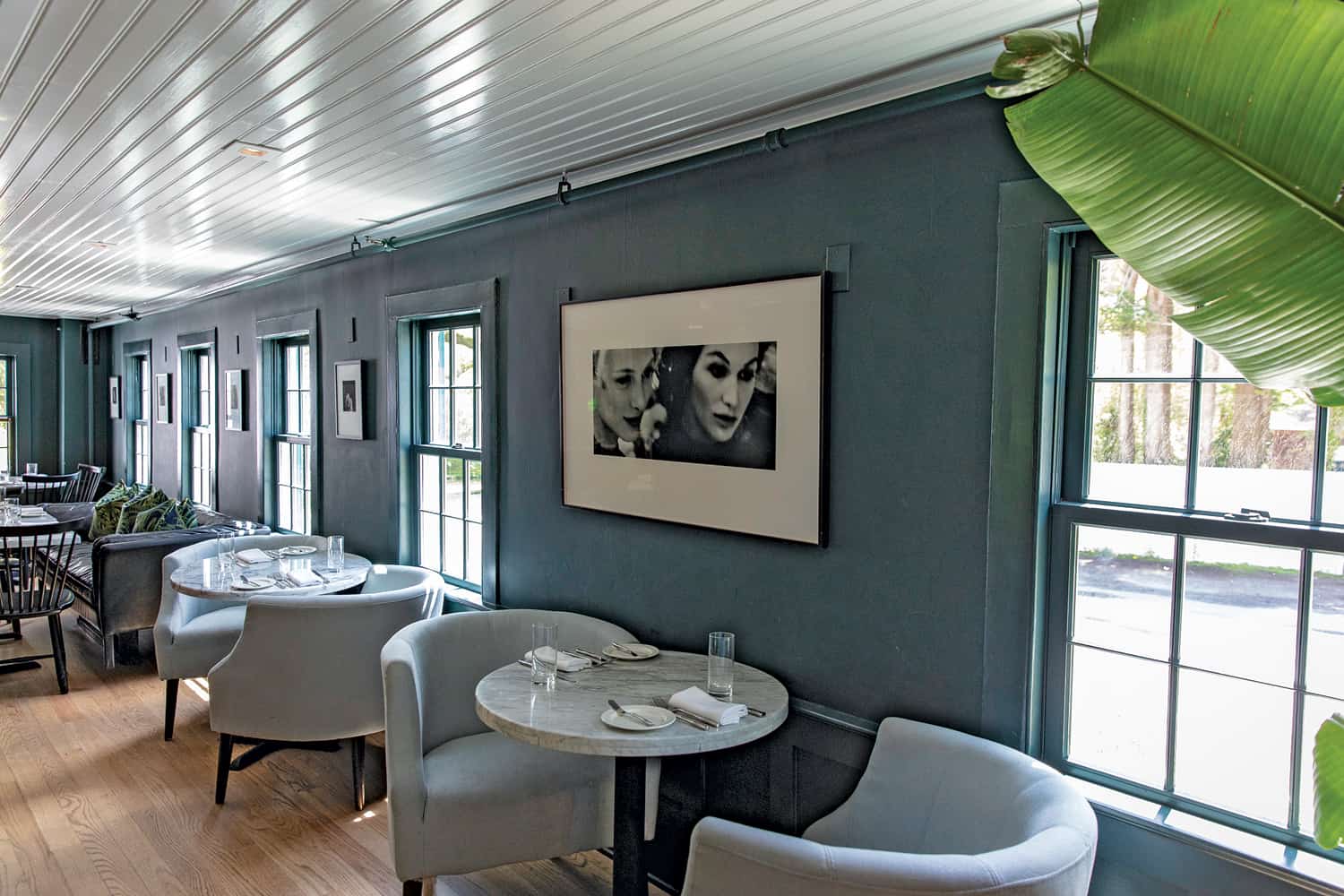 What will be on display this summer?
JONATHAN: Right now, everything is from our personal collections. In the men’s bathroom, there’s a special little tribute to Hugh Hefner. I was good friends with him. I played cards with Hugh every Wednesday, and we saw movies together every Sunday for 30 years. There’s also a secret barn door, when you open it up, you’ll find Bunny Money [$100 bills with the Playboy bunny as Jefferson] inside.

Did Hugh Hefner give any good advice when you opened The Maidstone?
JONATHAN: Hefner gave me the sense of what a romantic notion is — how to tell a story and make it romantic. It’s important to put things around you that you really want to enjoy. The photo art and champagne bar are part of that for me.

Tell us about your restaurant—are there any updates to the menu this season?
JONATHAN: Our restaurant is five-star, slow cooking. It’s chef Ian Lichtenstein Lowell’s second year with us. We have two sets of menus — one being a seafood menu, with giant shrimps, crab claws, and crab legs — and our after-hours menu. We do two-pound lobsters with corn and minced jalapeños. This year, we’re doing table-side guacamole and cotton candy. Pink or blue cotton candy for girls and boys. We are also having a sundae tray. Everything is bought from local vendors, from the wine to the food. We try to be organic. We haven’t had water bottles or straws on the property for 10 years. We’ve been ahead of that curve for a long time. 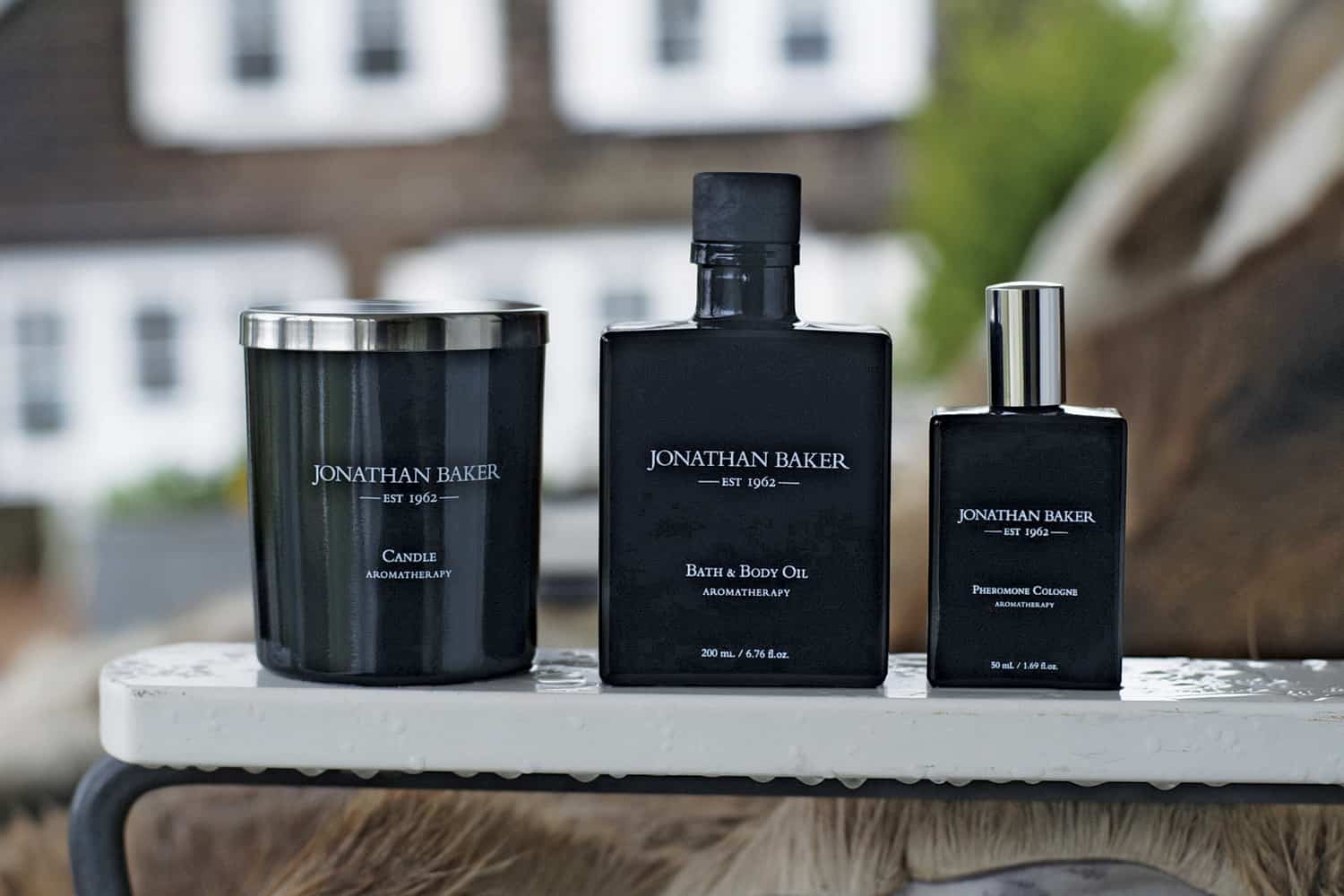 What other ways have you been making The Maidstone sustainable?
JENNY: We purposely worked on portions. We didn’t want to overserve people and waste food. The same thing with napkins. We removed all the one-time articles so that the guests will have to ask for it as opposed to us overserving it. Recycling is a big deal, too. I also give away all that we can to charity and to people who need it. If guests don’t want us to change the towels every day, we don’t. And we put in charging stations for electric cars. We love people who choose cars that are better for the environment — they get the best parking spots!

Have there been challenges to going eco-friendly?
JENNY: Ten years [ago], it was hard. When we went with this eco-friendly laundry detergent the staff said, “The guests won’t want this. This won’t work.” We had to educate them that it was really important for all the landscape and cleaning materials to be eco-friendly. The other part was training the staff to gracefully exit discussions, especially with removing the plastic bottles. We had some guests in the beginning who wanted Evian, and they couldn’t believe they couldn’t get it. We trained our staff that this is a policy we decided to adhere to, because it’s really important to decrease all the plastic waste in the world. It’s okay to want Evian, we just don’t serve it here. We have an amazing water filtration system. Now, our staff is empowered by it. 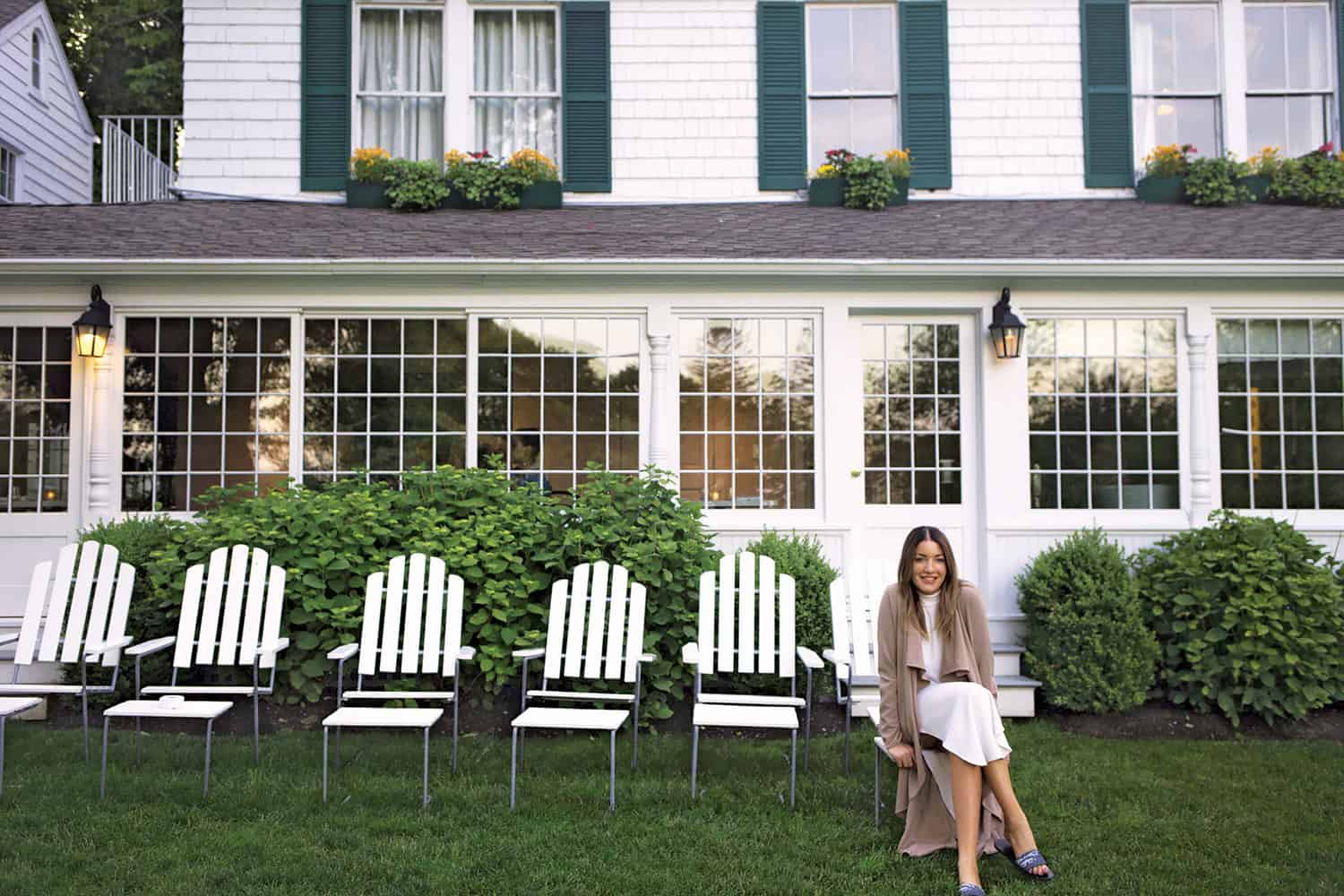 Are you introducing any new amenities this summer?
JONATHAN: The beach butler program! We put lunch and champagne in a picnic basket and then we drive you to the beach, and set up your chairs and umbrella.

What are your goals for the next 10 years? How do you want to expand?
JENNY: We know [the Hamptons is] amazing all-year-round, but we’d like for more people to discover that. We want to make it relevant all year long, with cultural happenings, interesting champagnes, wine tastings, and visiting chefs.

Editor’s Pick: Maybelline Made For All by Color Sensational Lipstick

David Burtka Is Here to Help You Get Your Party On

The Daily Toasts the Hamptons’ Most Stylish

The Daily Summer Celebrates Moroccanoil In The...

How Jonathan Baker of The Maidstone Hotel...

Inside The Daily Summer’s Beauty Lounge At...