Look Of The Daily: Jennifer Lopez in Donna Karan 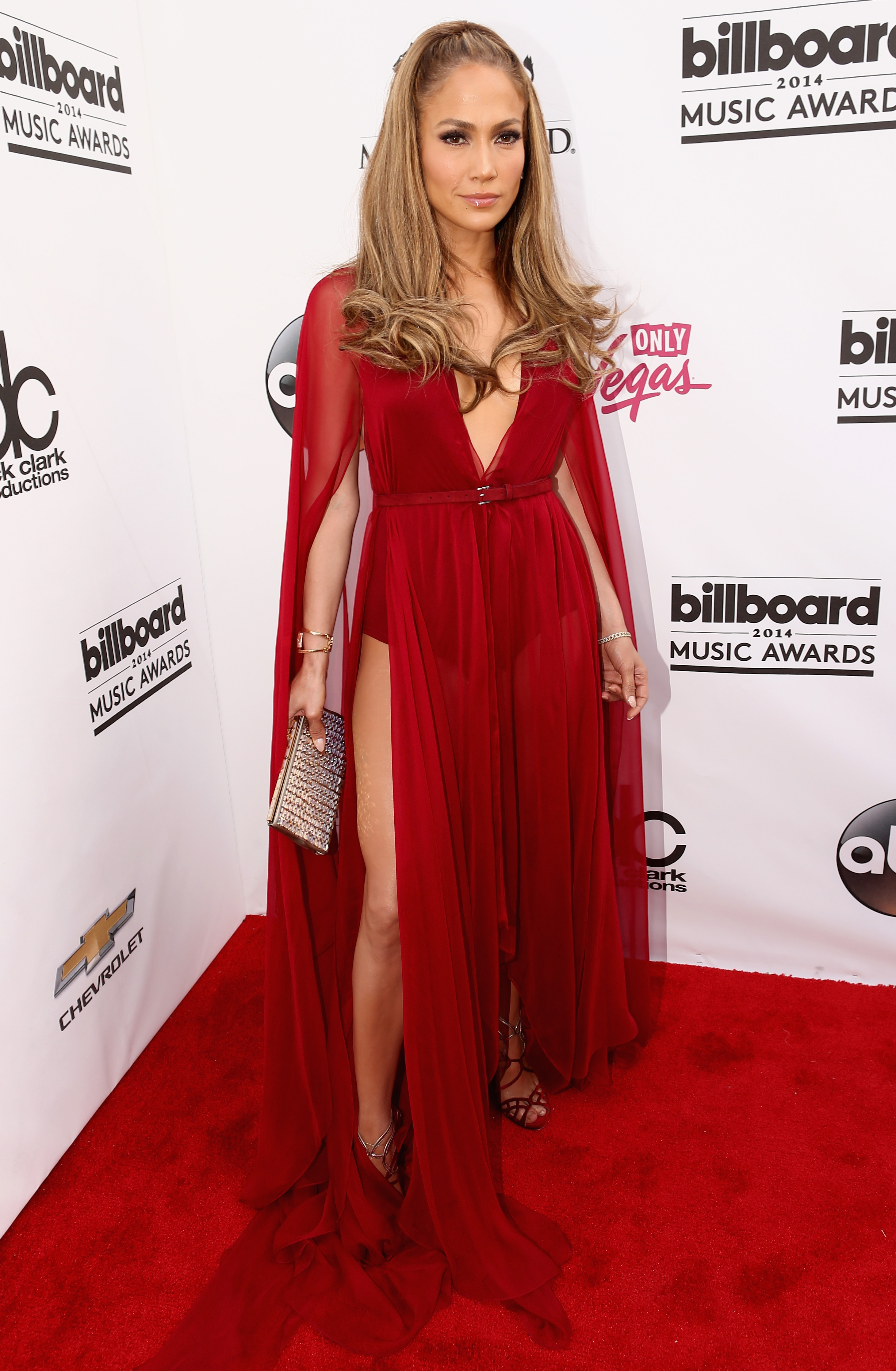 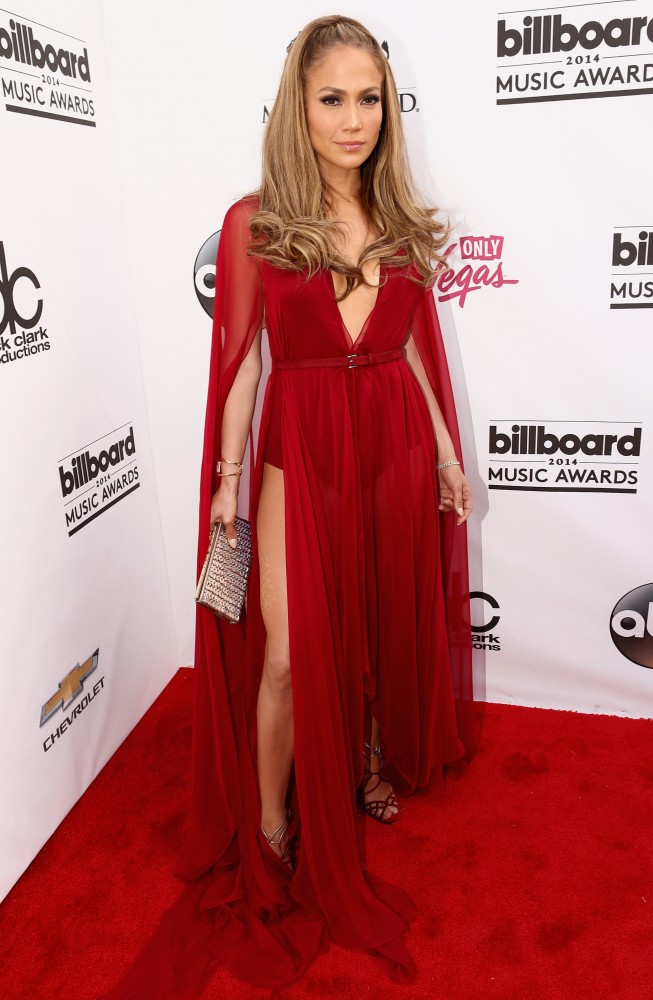 Jennifer Lopez showed some serious skin last night, walking the red carpet in Donna Karan at the Billboard Music Awards in Las Vegas. (Anyone else having flashbacks to the infamous green Versace number she wore to the Grammy awards in 2000?) This scarlet chiffon burgundy look is from Donna Karan’s Fall 2014 collection, paired with jewels by Jennifer Fisher. The American Idol judge received the Icon award at the show and performed her new single, “First Love”, from her upcoming album A.K.A. The season finale of Idol airs on Wednesday on Fox.