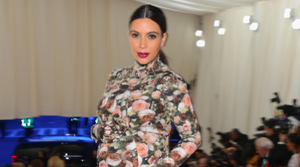 Suzy Menkes On The Met Exhibit: Punk Without The Down And Dirty [NYTimes]
According to the writer, the only thing punk about the exhibit are the bathrooms

Katie Holmes Has Her Francisco Moment