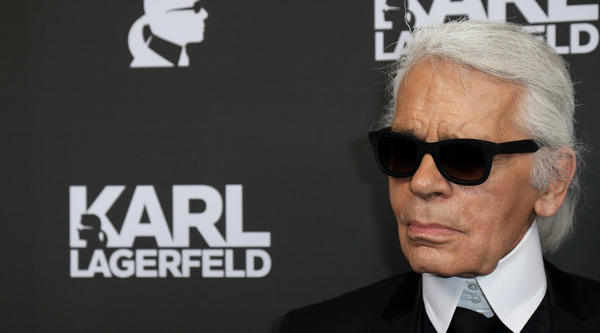 (NEW YORK) Happy 80th Birthday Karl Lagerfeld [Vogue UK]
The Kaiser’s birthday has been revealed by sleuthing journalists and it turns out today is his day.

The US Open May Have Ended Yesterday, But It Already Influenced The Runways [T Magazine]
Off the courts styles are now ready for play.

You See The Editors Out At Shows, But What Are Their Assistants Doing? [Cosmopolitan]
They’re usually back at the office keeping things running smoothly, wishing they were front row too!

If There Were Any Doubts That Proenza Schouler Is The Hot Ticket This NYFW, Cast Those Thoughts Aside [Telegraph]
The way the duo plays with the alchemy of fabric, plus their inventive designs, will keep them favorites for years to come.

Stealing The Scene This Season Are The Men In The Front Row [Grazia]
From David Beckham to The Brant brothers and even Kanye West the boys are outshining the girls!