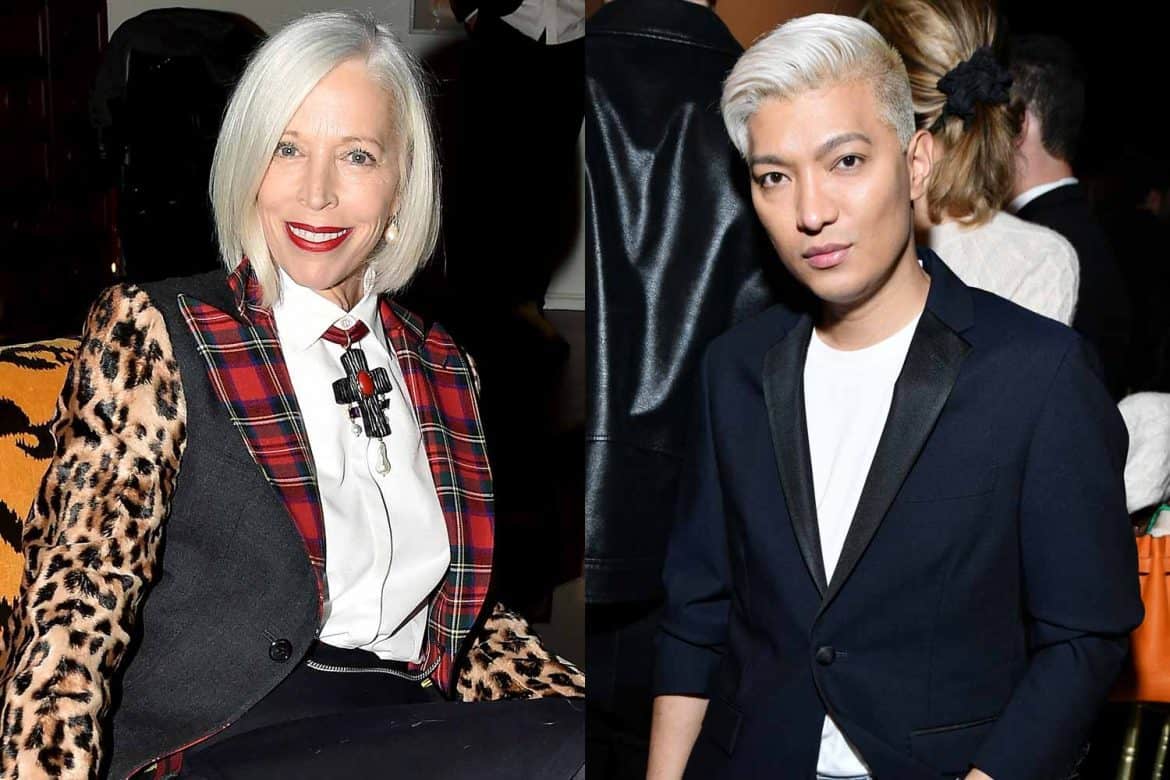 The Daily Front Row’s resident “man on the runway,” Eddie Roche, has been running around the shows all week stealing moments here and there with various fashion insiders. Here’s some of what he’s learned so far.

1. Jessica Hart still gets homesick for Australia after all these years.
“A lot of the things that I missed like Vegemite and Ribena are available in America now. So I really miss my friends and my mom. I’d like to say the weather but I’m from Melbourne and it’s very similar to this.” 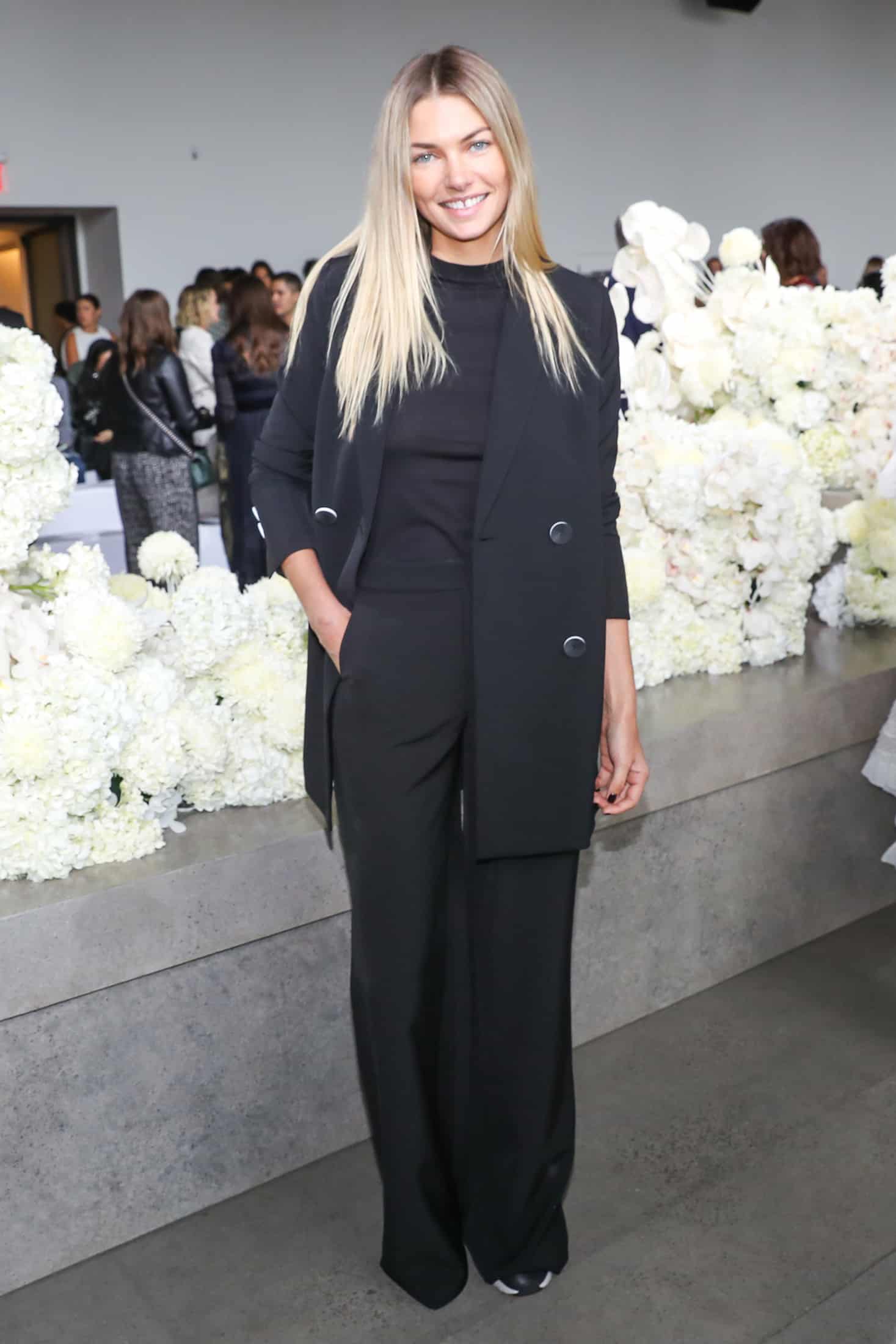 2. Linda Fargo says tracksuits are over.
“The season has been looking quite feminine. It’s not as sporty. I feel like it hasn’t been as urban. I think we’re moving past the tracksuit. I think we’re getting back into the body. I don’t invent it, I’m just watching it.”

3. Nina Agdal is designing shoes now.
“I’m doing a shoe design that I can’t talk about too much right now, but it’s coming out in March. I’m trying to tap into more creative projects.” 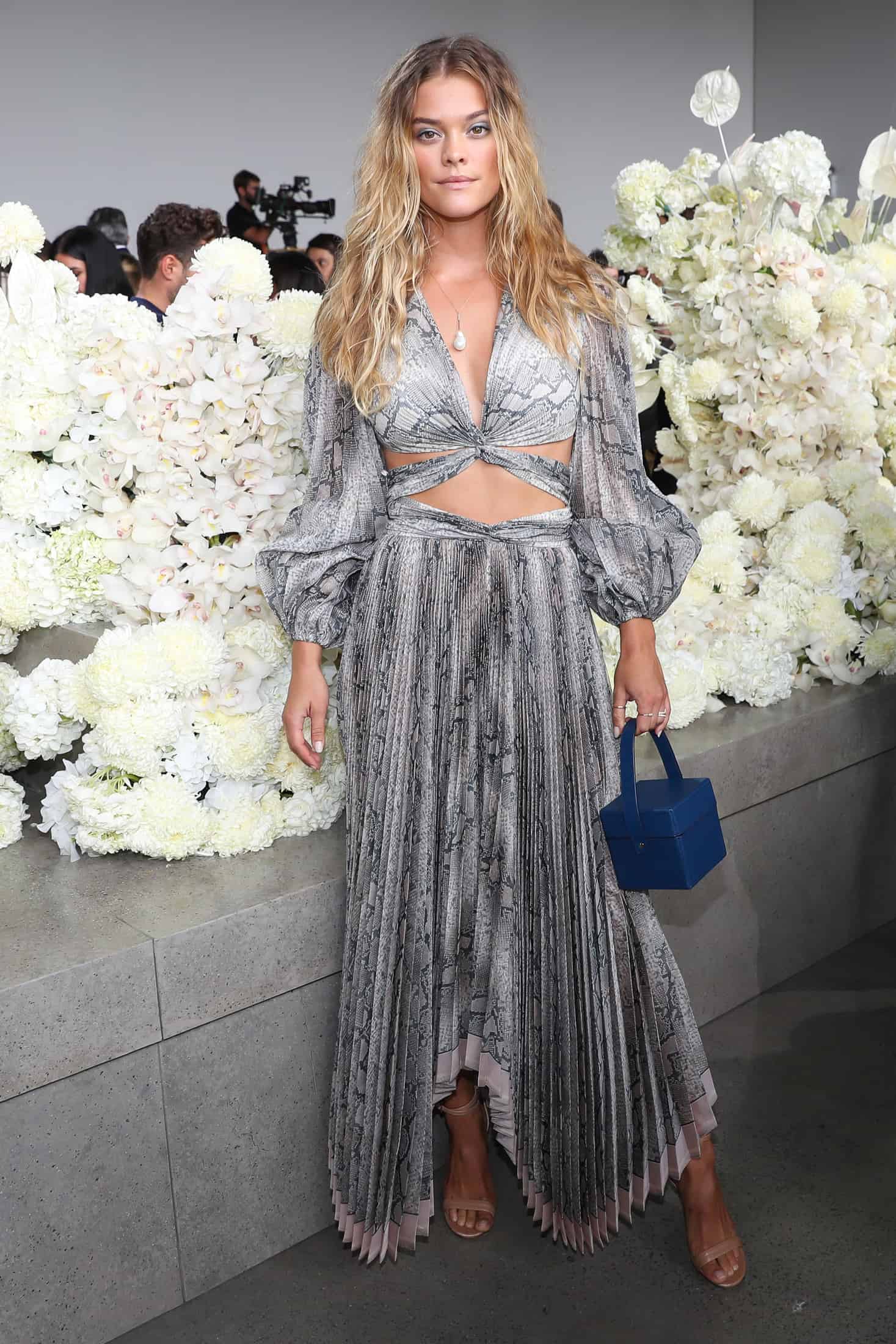 4. Karolina Kurkova is working on a wellness line for kids.
“I’ve partnered up with amazing experts and we’ve co-founded a new kids wellness brand, which I’m really excited about. We haven’t done a big launch yet. I’m going to Baltimore on Wednesday for our first health expo with 2,000 vendors. We have to build our booth! I’ve never been to Baltimore! I’m excited. It’s a good time for wellness and healthy living. I’m happy to see it’s becoming more mainstream. I also have a collaboration coming out with Cybex, the stroller brand.” 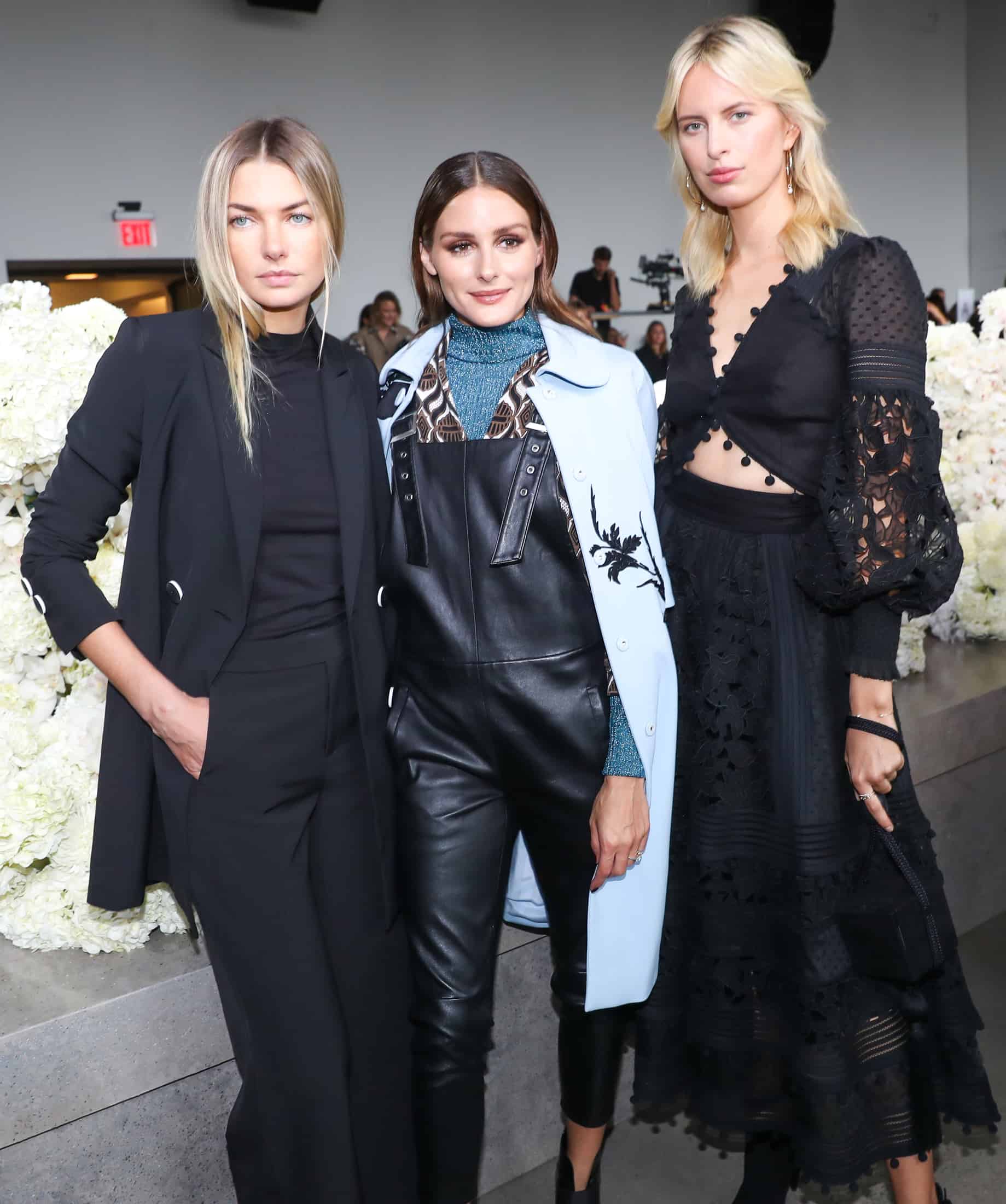 5. Nicky Zimmerman’s latest collection for her eponymous label was inspired by an Austrailian soap opera she was never allowed to watch as a kid.
“Number 96. It was a television show in the mid to late ’70s. It was set on an apartment block in Paddington, which is where I went to design school. I wasn’t allowed to watch it, but all the kids at school would talk about it. It was sex and drugs! There was partying! A homosexual couple. It was really famous when I was a kid. It was funny and there were all these crazy plots. It was a classic soap opera. I love that we had a show like that. It was raunchy and risqué. Australians adored it because it was funny. There was a stocking murderer! Someone in the apartment building was murdering with a ladies stocking. It was hilarious. There was also the plot where they wondered if one of the neighbors was a lady of the night, a prostitute! It’s hilarious and very Ozzy. It’s always my favorite time to refer to. It was an optimistic time as an era.” 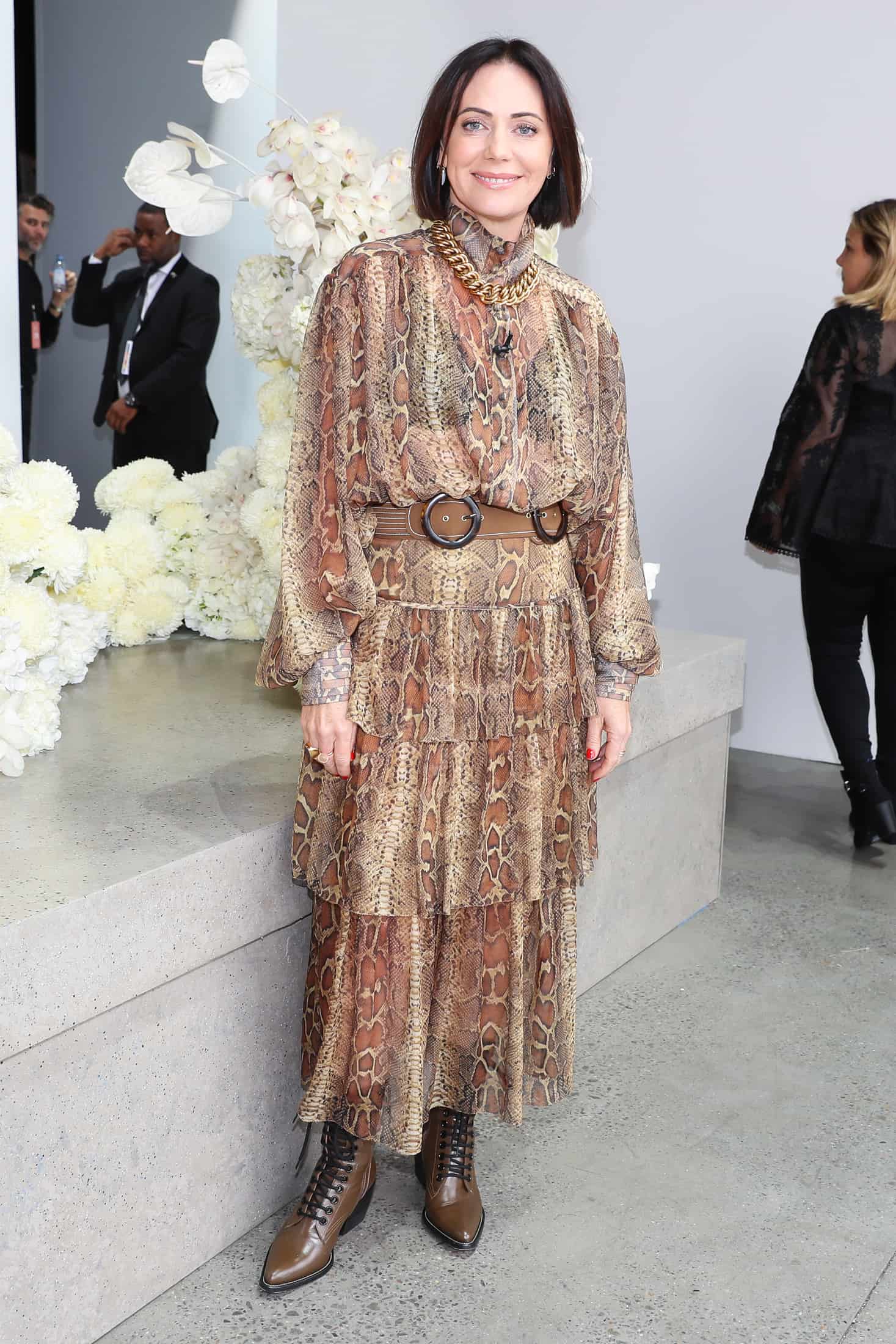 6. Susan Lucci can still remember her character Erica Kane’s full name from All My Children.
“It’s been awhile since I’ve said this. This will be a test! Erica Kane Martin Brent Cudahy Chandler Roy Roy Montgomery Montgomery Chandler Marick Marick Montgomery. The Chandler marriages weren’t always legal! …I just loved that character. I miss what the audience misses: the glamour, the spunk, the escapades, the men.” 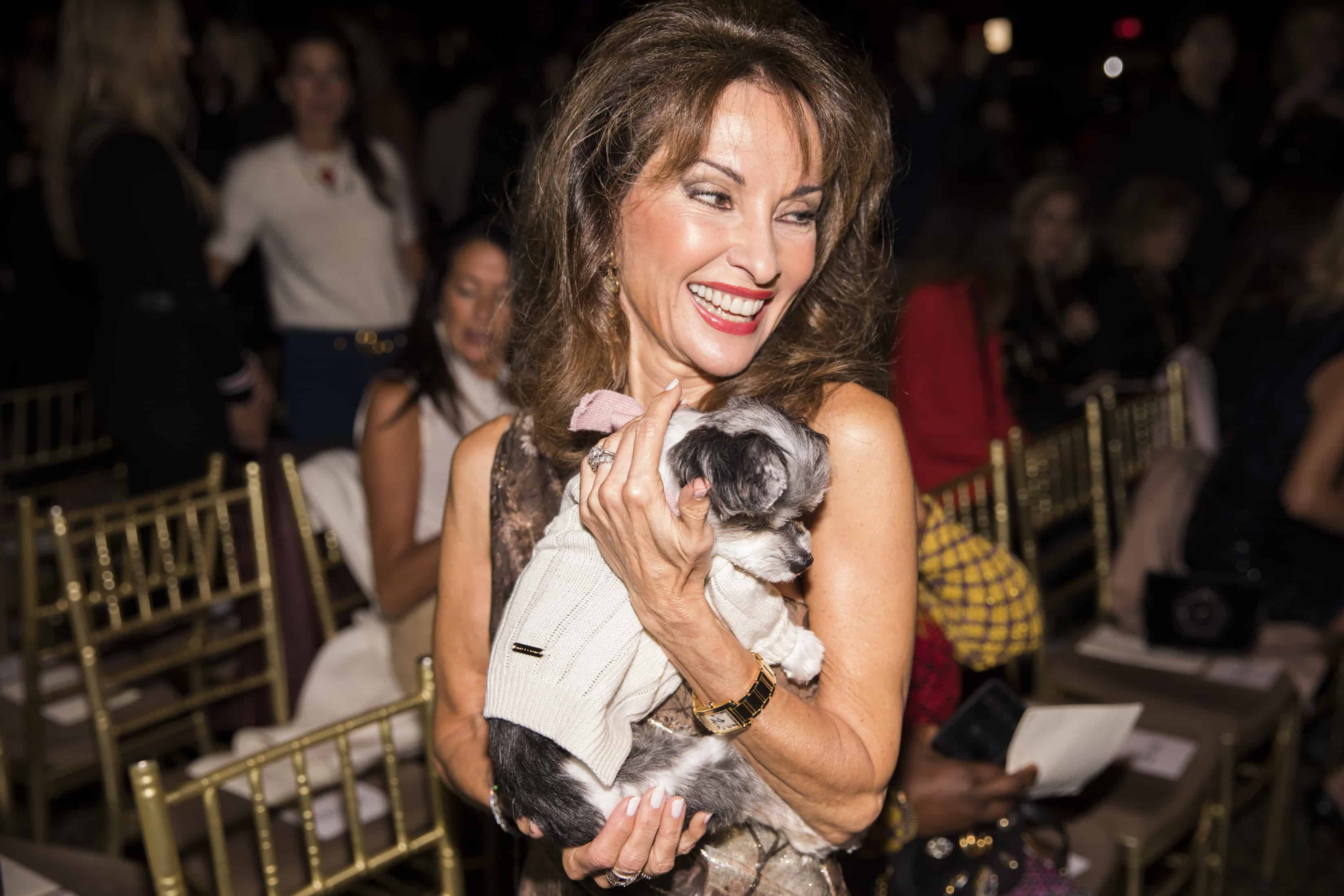 7. Bryanboy has two friends.
[I live in] Stockholm. It’s quiet. I love it there. It’s very healthy. I have two friends. I still come to New York once a month. 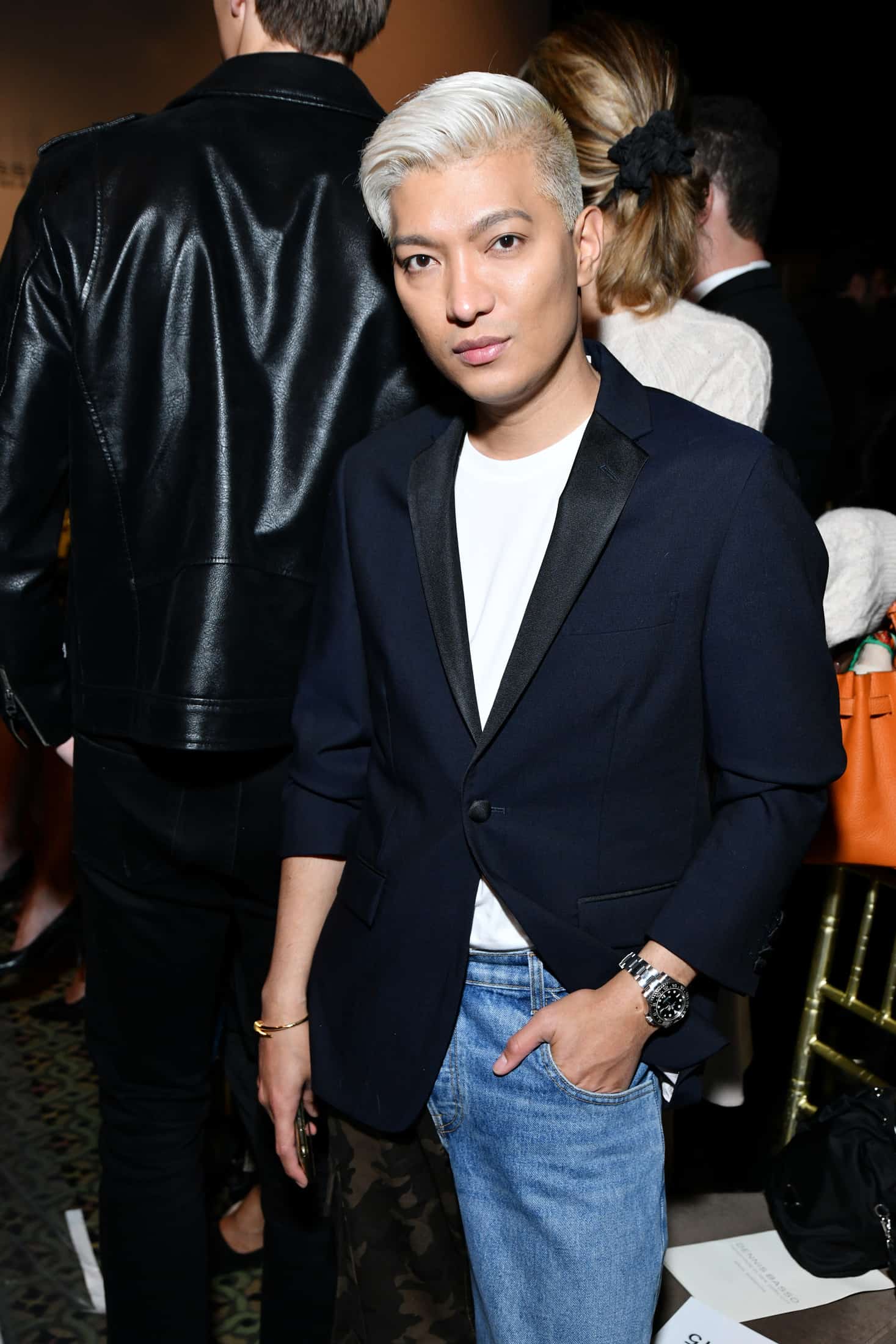 8. Kelly Bensimon learned everything she knows about Social Media from Kris Jenner.
“I use all social media. Kris Jenner told me that Twitter is for words, Instagram is for visual, and SnapChat is for video content. Facebook is your yellow book pages. I learned that from her.” 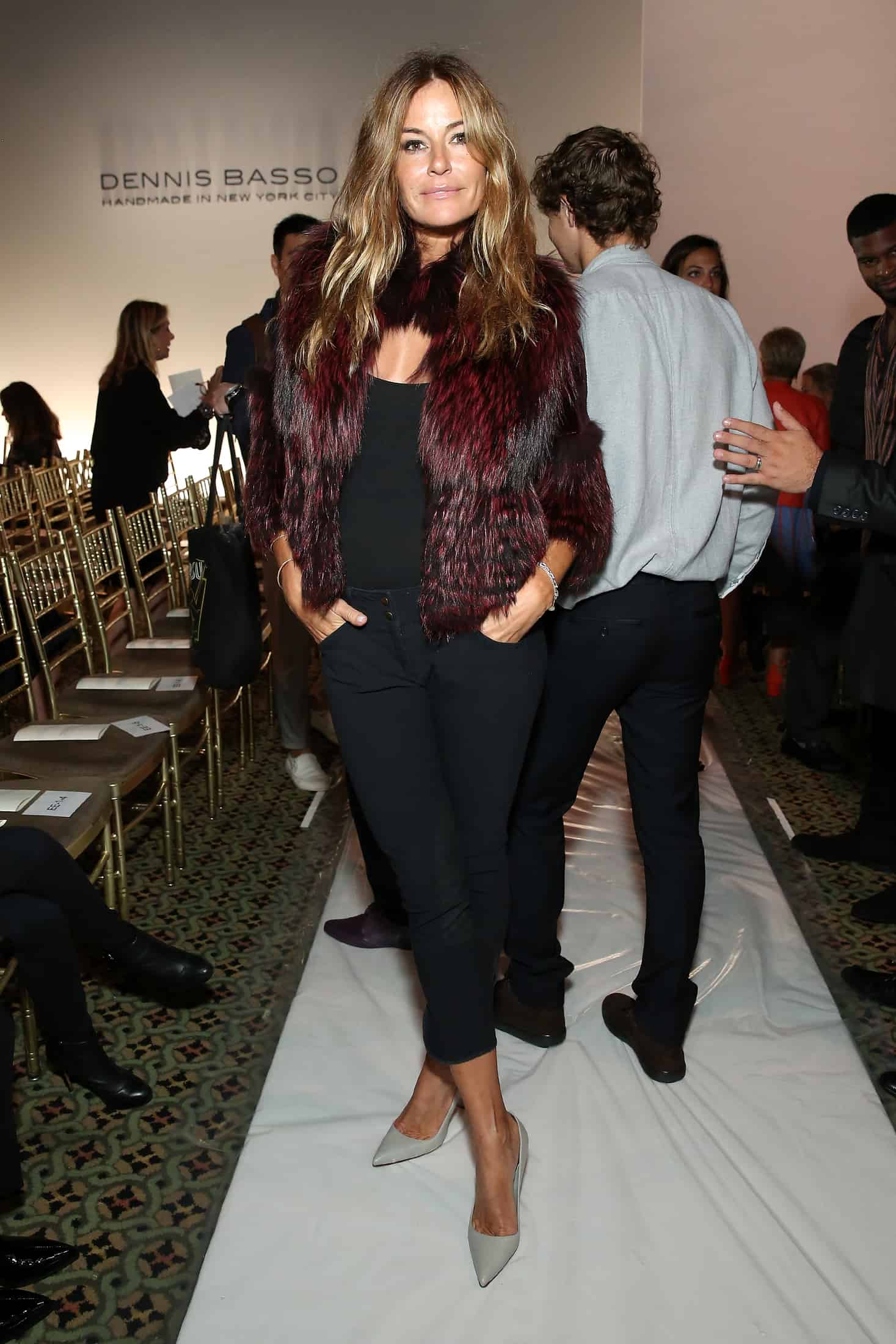 9. Mary J. Blige is turned on by Dennis Basso’s furs.
“I’ve known Dennis since the beginning of my career. I wore a lot of fur [then]. I still wear a lot of fur. I didn’t know he did gowns. He wanted me [to be] a part of his [show] and come here today. This is fashion. He can do a chinchilla that’s blue or a sable that’s green. That just turned me on.” 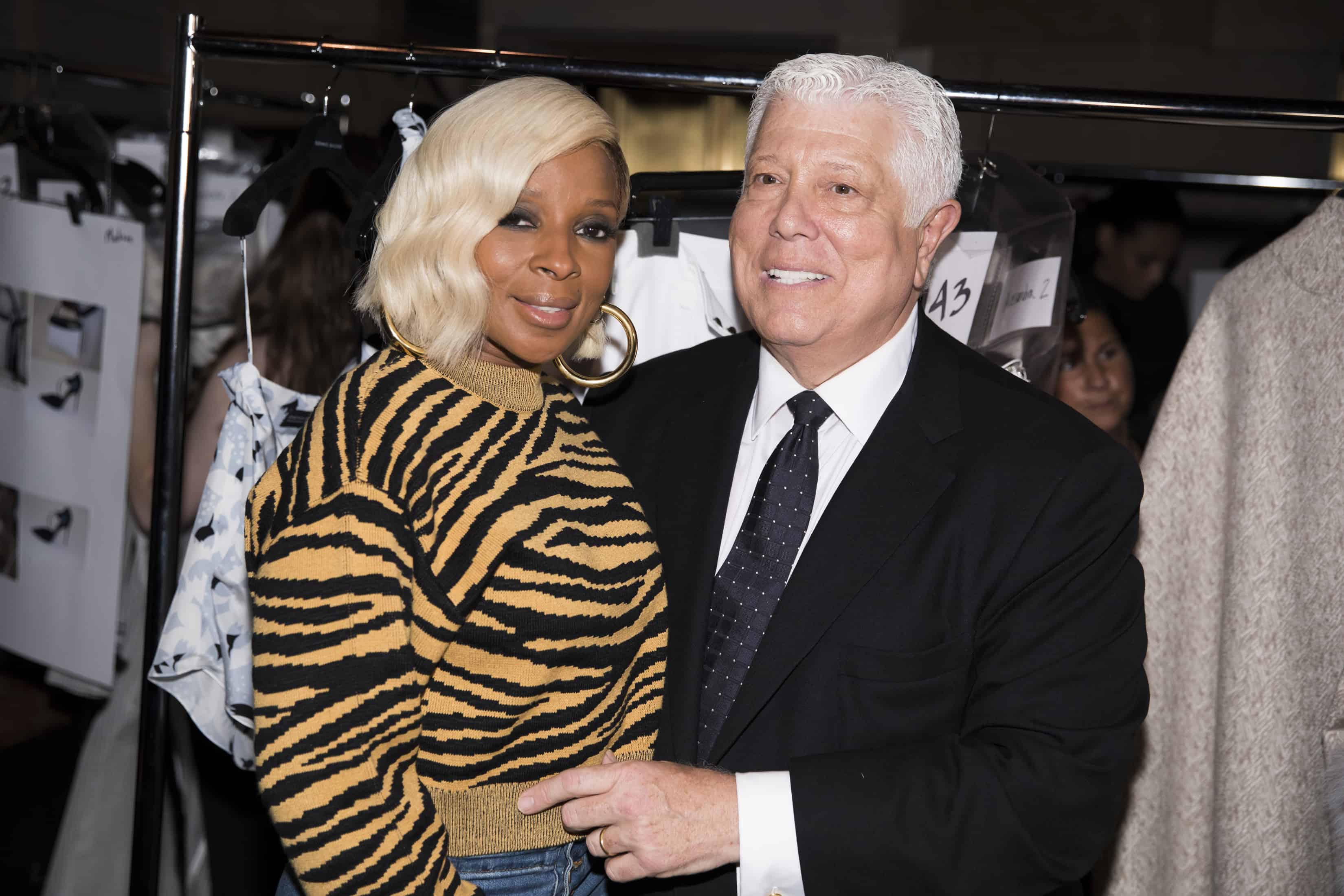 10. Samantha Barry is not talking.
Ms. Barry declined to be interviewed. Maybe because she knew we were going to ask her about the rumor that Glamour Magazine is going all digital. 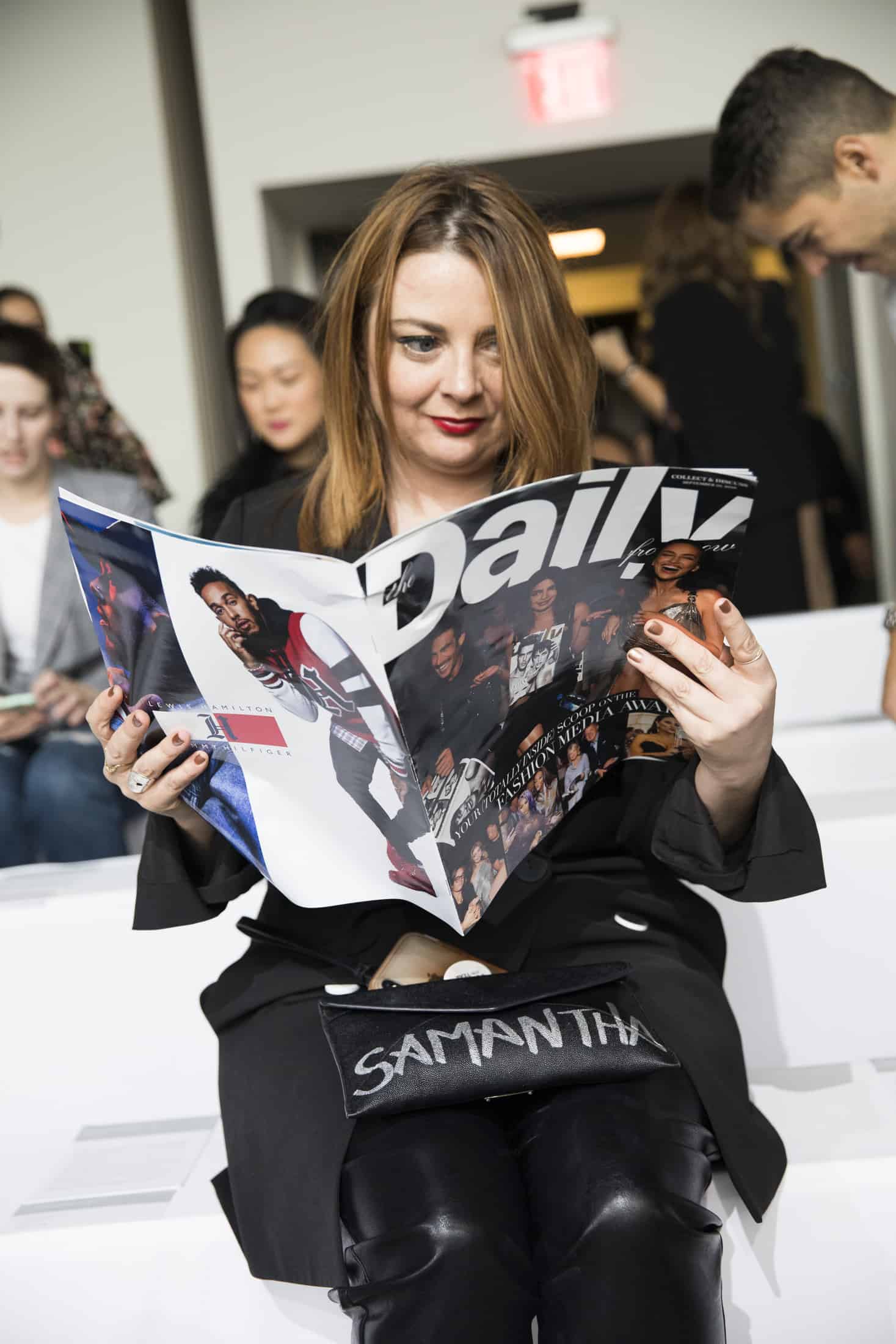 Zimmermann’s Fall ’22 Collection Is Written In...