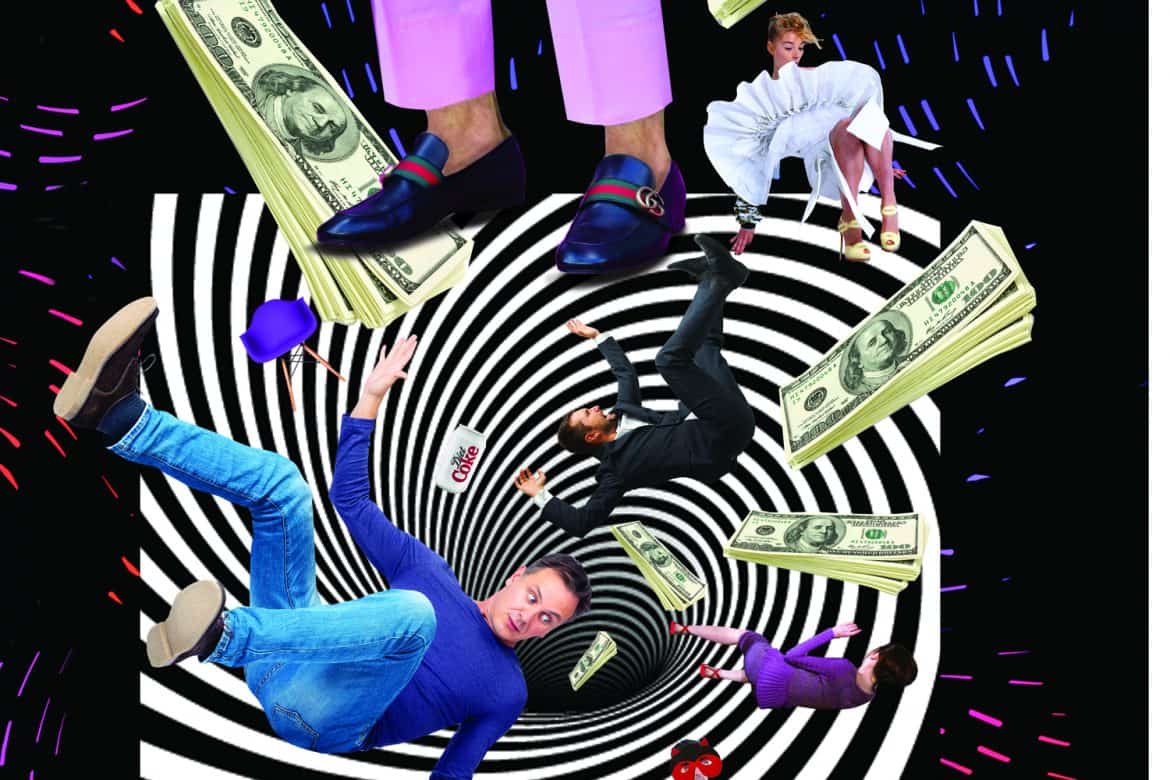 The New York media world has resembled a game of musical chairs in the past years, as various players got sacked, many jumping to digital mega brands or launching digital start-ups with venture money. Some even went to run marketing for their former clients, the fashion companies. One such infamous newish fashion honcho was finally shown the door to the cheers of his entire staff, after an exhausting tenure. A former employee anonymously tells The Daily what it was like working with… let’s call him Dick, who came in guns ablaze and ruined much of his staff’s lives.

What was everyone’s reaction when Dick was hired?
One morning at work, our old boss was escorted out. Dick came in as global [redacted] a few hours later. We didn’t know our old boss was getting fired. Dick wanted to have meetings with every division. He reminded me of Jim Carrey in The Mask. He came in like, “We’re going to do it! I’m gonna make this company rock! I’m gonna solve everything! See my smile? See my teeth?” He’s a salesman. He came in proclaiming that things were going to be very different, as if we were all unhappy. Nobody complained about the former boss. She was a nice lady. I never knew where she was, and I didn’t care. Dick made his presence very known from the start. He would go through the halls and show off his new Gucci shoes. He would touch people’s sweaters and ask if they were wearing cashmere. He’d say it to people who clearly couldn’t afford cashmere. It got crazier as time went by. He came for Halloween first!

How so?
The company had an annual Halloween party where each division dressed up in different costumes and did a runway walk in the office. Halloween is an excuse for all of us to get f**ked up. Fashion people love to drink and have a good time. This is an annual tradition that someone at the company cared about and put together; they get the pizza, champagne, wine, all of that. Traditionally, each division would march down the hallway as people were cheering us. People took it seriously. It was so much fun. Think about it: We work in an office where a lot of people are left out of fabulous parties, like the accounting department, the seamstresses, etc.—so this was a really big deal. This is their time to show they can be creative as well. Dick turned that into RuPaul’s Drag Race, where he was RuPaul along with judges. Our cute tradition suddenly turned into a cutthroat competition. It was his opportunity to criticize everyone’s costumes. It was Dick’s chance to be a dick. He turned this innocent thing where people were just having a good time into an opportunity to read them and talk about how they weren’t good enough. He turned a simple, fun thing into something people feared. He came in to destroy the DNA.

How did the staff respond?
Someone kept a tally of people who had been fired in our departments in offices around the world since he began. I remember they checked off another name and said out loud to the office, “We’re up to 55!” It destroyed morale. Nobody knew if they were next. There was a time where morale was really bad, so he decided to throw a pizza party. Yet the morale was low because he was firing everyone. The company felt like family before he came along and destroyed it. A double pepperoni pizza and Sprite weren’t going to solve the problem.

What were some of the other problems?
We realized we’d been hoodwinked. He was the fixer! We started doing surveys to talk about how happy or miserable you were at the company. All the complaints were about him! He was micromanaging everyone so closely so he could take credit for every good thing happening. He would encourage you and then steal from you! Dick felt like he could do anything. He thought our jobs were so easy. Nobody could do it as well as him. Once he learned the lay of the land, he was quick to say he could do it. But he couldn’t.

When did you realize he wasn’t qualified for the job?
He didn’t know what influencers were. He didn’t know about engagement or insights. We covered for him. He’s The Mask. He fooled everyone! It quickly became clear he didn’t have the relationships that he claimed, he didn’t know celebrities, or what it took to put a great show together.

Were there any redeeming qualities about him?
Oh, yeah! He was a shark. He always wanted to win first; I respected that about him. He was very shrewd. The fashion world isn’t shrewd enough. We’re too earnest.

What other personality traits were memorable?
There was no empathy. There was no understanding.

Do you think he’s mean?
He’s cunning. His life is a soap opera!

Let’s talk about his intriguing social media presence. He certainly enjoys a selfie!
He loves Instagram. I think he bought his followers. He doesn’t have the engagement that goes along with the follower count. People would gather around the desks to see what was going on with his Instagram and laugh at it. Everything is about him, which is fine because it’s Instagram, but it felt like we were dealing with a teenage girl longing for attention.

Dick is no longer with the company. What do you think will happen to him?
He’d probably be good at selling cars.

What can the fashion world learn from your experience with Dick?
Don’t hire someone with teeth like that—and perfectly coiffed hair!