Kim And Kanye Are The New Faces Of Balmain Menswear 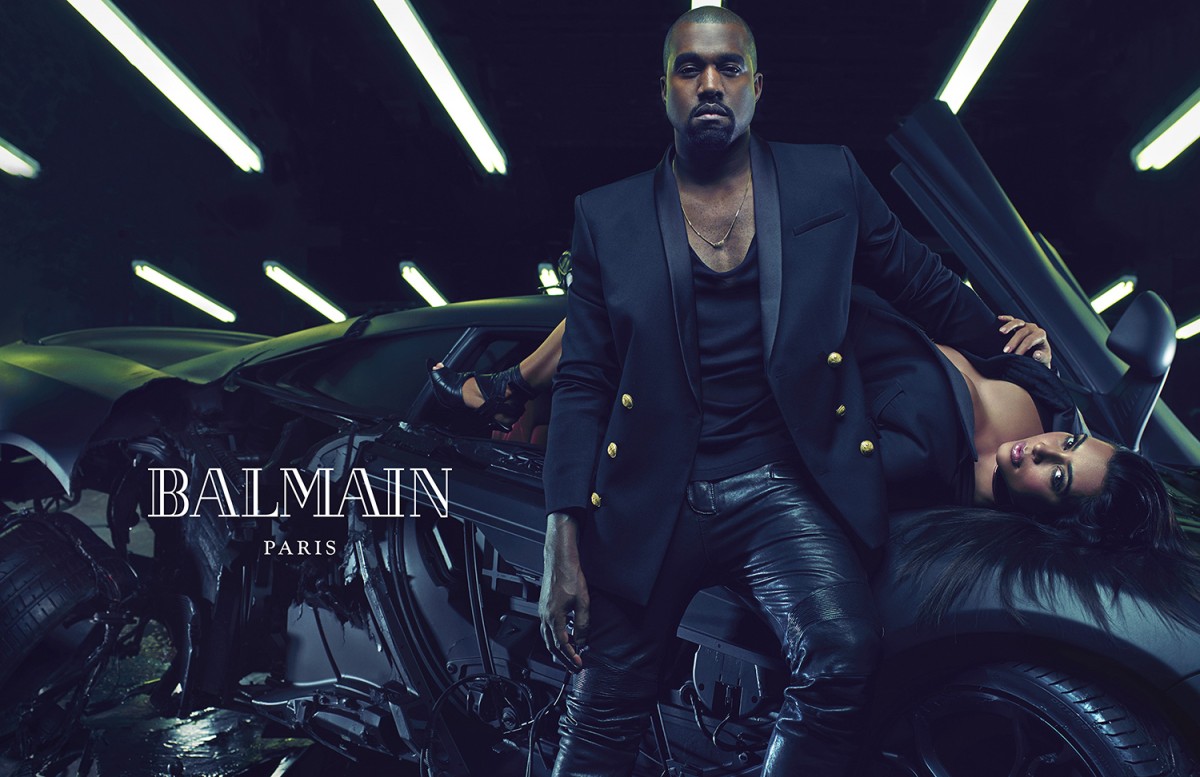 The Kardashians are continuing their fashion world takeover: Kim Kardashian and Kanye West are the new faces of Balmain’s Spring/Summer 2015 menswear campaign. Kim’s little sis, Kendall Jenner, has already lent her face to the new Balmain womenswear campaign alongside a slew of top mods. The Kardashians and Balmain seem to share a mantra: Sex sells. In the campaign, shot by Mario Sorrenti and art directed by Pascal Dangin of KiDS Creative, the duo stick to the tried and true formula of babes and sports cars. Kim can be seen sprawled across a wrecked black Lamborghini with her cleavage exposed as Kanye leans against the car with his arm draped across his wife.

According to creative director Olivier Rousteing, the campaign wasn’t just about flaunting Kim’s money makers. “Kim and Kanye are style icons and friends. It is an honour to have them in this Balmain campaign,” said Rousteing in a statement. “Together, they represent love, beauty and diversity—they are the new modernity. This is more than a campaign, it expresses something beyond clothes—it is a celebration of love and friendship. This is a new statement for Balmain.”