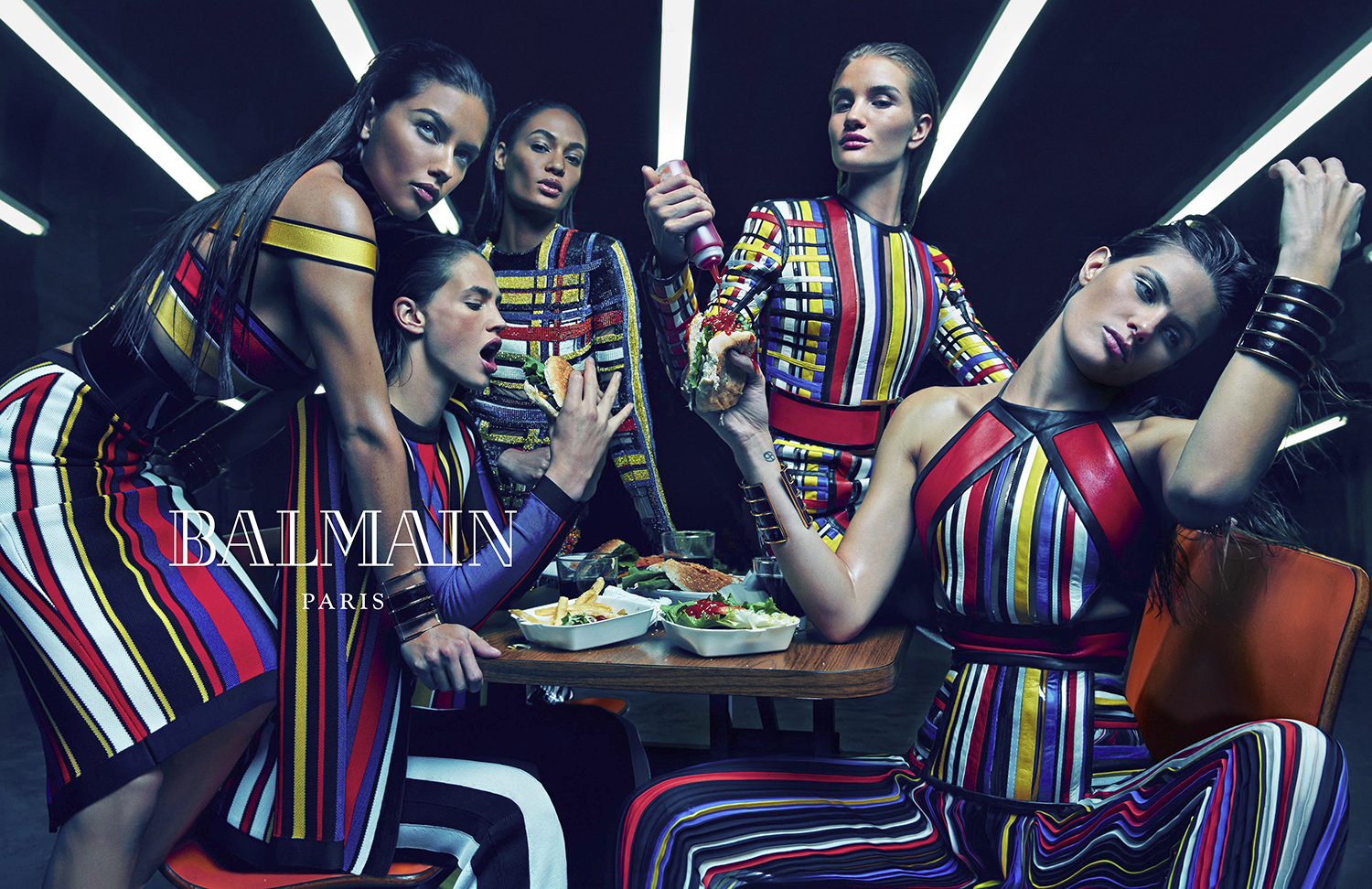 Balmain’s Spring/Summer 2015 campaign has been unveiled, and it’s delivering quite the fashion fantasy. The campaign, shot by Mario Sorrenti and art directed by Pascal Dangin of KiDS Creative, features models like Rosie Huntington-Whiteley, Joan Smalls, Adriana Lima, Isabeli Fontana, and Crista Cober. In our favorite image, the girls don skintight multi-colored striped Balmain looks and chicly chow down on burgers.

“The incredible power that all those strong women bring in front of the camera, put into real life situations, helped me explore and create a new reality that represents the pop aspect of my generation,” said creative director Olivier Rousteing in a press statement. “The Balmain reality, my reality.” In everyone else’s reality, a woman that can fit into Balmain’s ultra body-con numbers is probably not eating too many hamburgers…but we love the idea of it, don’t you?! In another image, the girls are in Balmain’s snug, revealing black lattice dresses playing video games amid piles of popcorn and empty soda (or perhaps beer?) cans. Rousteing refers to this group of girls as his “Balmain Army”. Dangin said he wanted to take that idea further with the models in Balmain “uniforms” and “inject a sense of pop-relevance into the campaign by plotting the models in surreal interpretations of everyday environments.” The campaign will debut in February 2015 issues.