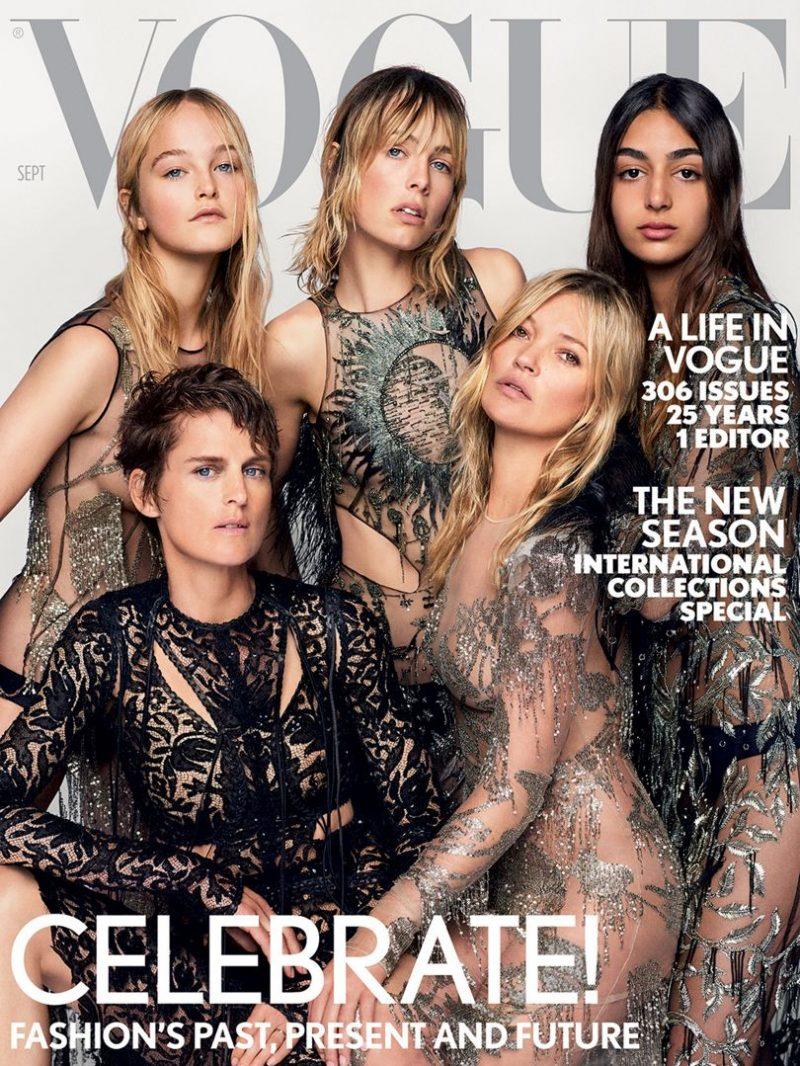 Past, present, and future collide on Vogue UK‘s September issue. On the cover, Nora Attal, Edie Campbell, and Jean Campbell get together with Kate Moss and Stella Tennant in a shot lensed by Mario Testino. Former creative director Lucinda Chambers styled the mods in a variety of sheer embellished jumpsuits. Moss and Tennant, Vogue vets, pose alongside Attal and Jean Campbell, who make their debuts for the glossy. Edie Campbell scored her first cover for Vogue UK in August 2006. According to Vogue, Moss has appeared on 32 Vogue covers (her first being in 1993, shot by Corinne Day), while Tennant has four, and two alongside Moss. The issue marks former EIC Alexandra Shulman’s 306th issue and her last. New editor-in-chief Edward Enninful’s first issue will be December’s. Meanwhile, there is no word from Vogue UK on who will be editing their October and November issues.

Download the digital edition when it comes out August 4.

What Has Jenna Lyons Been Up To?