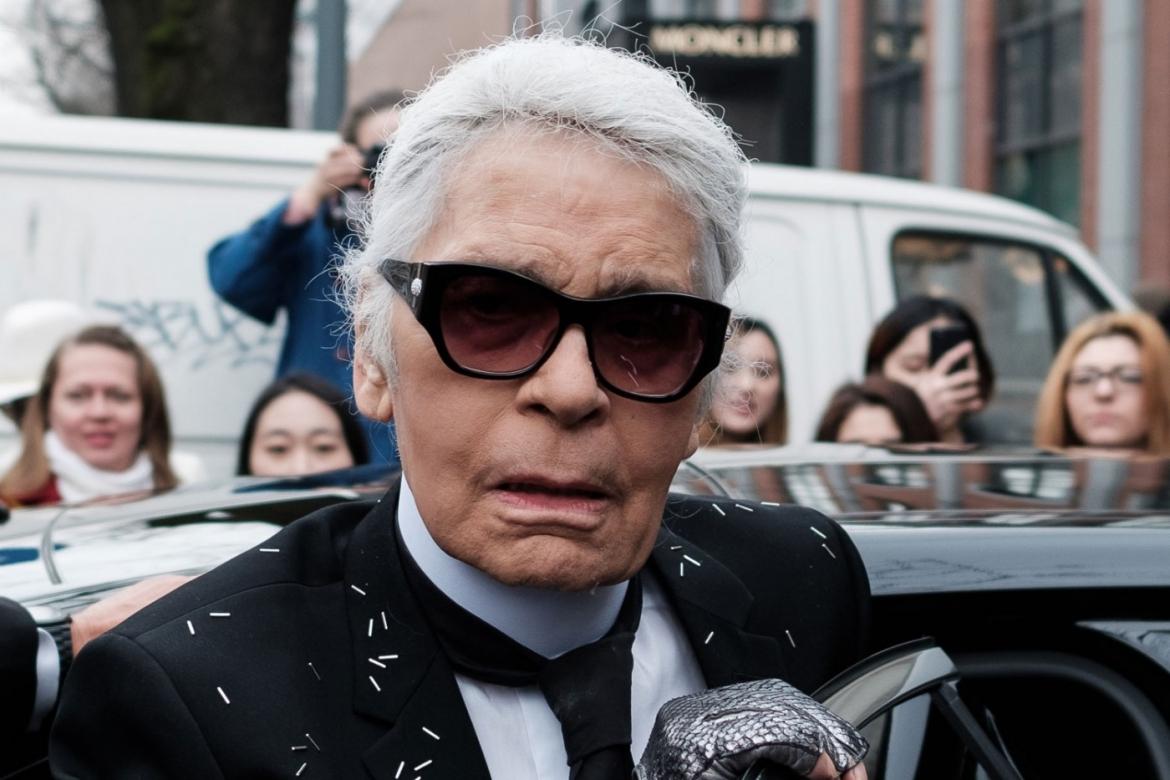 This morning Chanel presented its final collection overseen by the late Karl Lagerfeld. It was an emotional show that even brought many of the models to tears on the runway. Anyone looking to bask in Lagerfeld’s legacy a little while longer is in luck, as last week Chanel released a new interview with the designer. In an episode of the brand’s 3.55 podcast, Lagerfeld sat down in conversation with Tyler Brûlé, EIC of Monocle.

The interview, which took place just before Chanel’s Pre-Fall show in New York last December, is a tight 41 minutes, but covers a breadth of topics. Lagerfeld discusses how juggling three brands — Chanel, Fendi, and his eponymous line — actually helped fuel his creativity and how much he loves change.

He also reflected on his life, recounting how he initially had no plans to become a designer. Lagerfeld explained that it wasn’t until after he won a the Woolmark Prize for a coat he drew that he realized he could make a living from fashion. “In those days, it was not the chicest thing in the world. Designers were not stars like today.” But then, Lagerfeld always did seem to zig when others would zag — including when it came to taking over Chanel. “Everyone said to me, ‘Don’t touch it, it’s dead,'” he said. “This was an interesting challenge. The owner said, ‘You can do what you want.’ So I’m doing what I want. And apparently it worked.”

The interview also includes a handful of Lagerfeld’s highly quotable pearls of wisdom about fashion and style, such as “Don’t flatter other peoples’ tastes and think they will like it. Do what you like, and that’s enough.”

At the end of the day, though, it’s really just fun to hear him riff one last time. Listen to the entire conversation for yourself below.

Diesel Files for Bankruptcy After Paying a Bunch of Fake Invoices