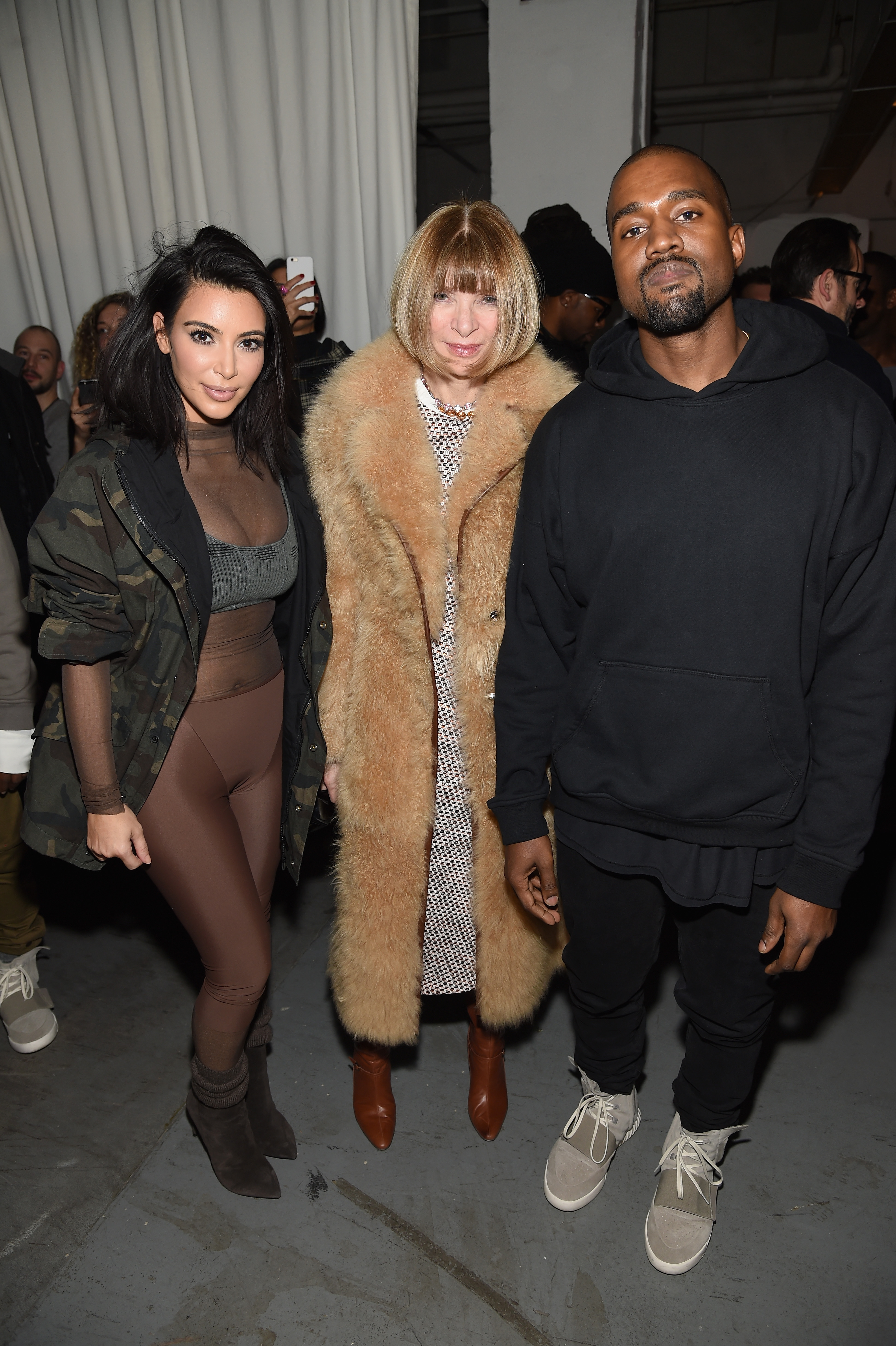 At Kanye West‘s highly-anticipated presentation for Adidas Originals, daughter North West provided a soundtrack of her own, crying for the first half of the showing. Luckily, she was carried out mid-show by grandmother Kris Jenner, and opted to play iPhone games in the green room with her nanny. The presentation was devised by performance artist Vanessa Beecroft, whom Kanye adores. Lit with fluorescent bulbs overhead, the rows of stoic models wore dusty-hued, faded, and loose-fitting garments interspersed with extremely undergarment-esque nude getups. All eyes remained on the footwear, though, where variations of the West-designed YEEZY BOOST made their first appearances.

More notes on the scene: Rapper Drake arrived late and stood with the standing section of the show, while the front row remained jam packed with bold faced names including Beyoncé avec Jay-Z, Anna Wintour, Rihanna, P. Diddy, A$AP Ferg, and Khloe and Kim Kardashian, bien sur! There was a “look but don’t touch” atmosphere, as the celebrities filtered backstage to congratulate Mr. West, and strictly no filming of the adorable North West who remained glued to her iPhone(s). Although, needless to say, Instagram usage was in overdrive. The icing on the cake was the show soundtrack, which marked the unofficial release of Kanye’s newest single. Warning: the bass is loud enough that Drake made an early exit from the show.