Ralph Lauren Might Dress President Biden For Inauguration—But Who Will Dress VP Harris? 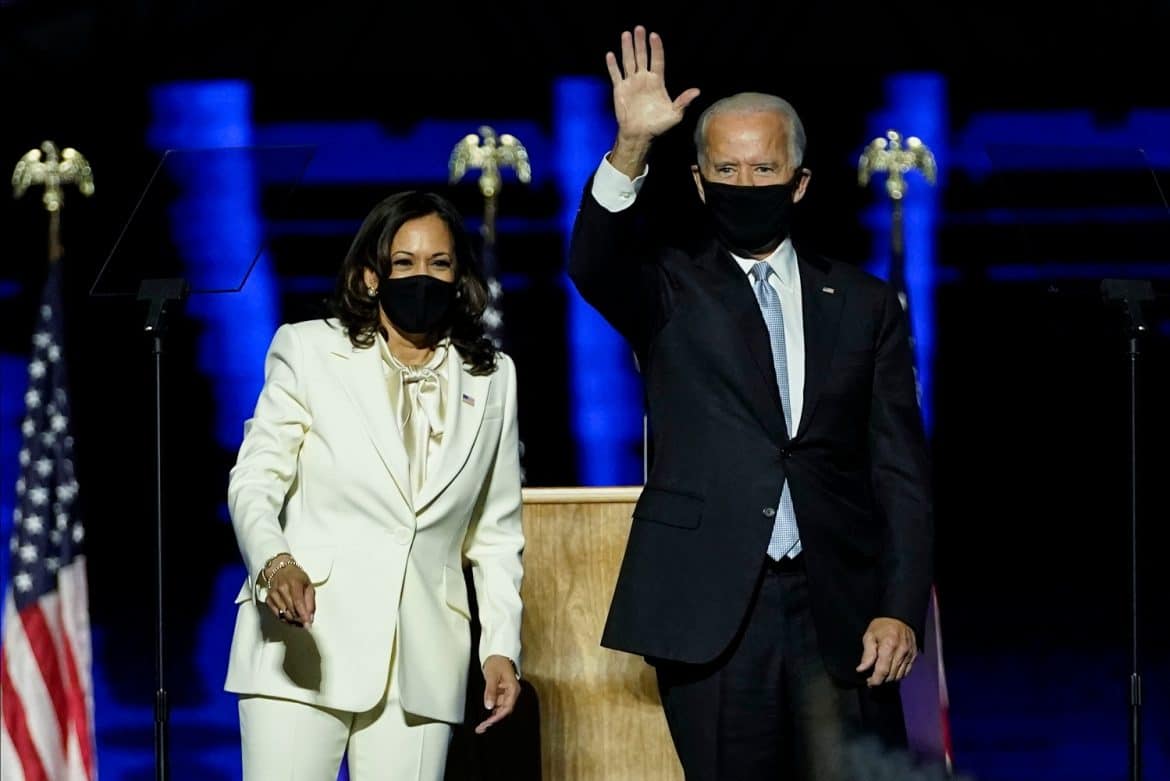 Despite what some may say, fashion and politics are inextricably linked, and this is certainly evident during widely-watched public appearances involving leading figures. Rumors abound that Ralph Lauren may dress President Biden for his upcoming inauguration on January 20, which would be a true triumph for American design. The question on everyone’s lips? Who will Vice President Kamala Harris turn to for the historic moment?

During the eight stylish years of former President Obama’s leadership, then-First Lady Michelle notably wore everything from J. Crew to Versace, and proceeded to have more applause-worthy style moments on her Becoming book tour. Not to mention, she made many American designers a household name in the process. Alas, a “fashion drought” of sorts then emerged from late 2016, as many designers opposed the Trumps’ political stance, and opted not to be sartorially involved. (Many of outgoing First Lady Melania Trump’s outfits were purchased, as opposed to being custom-created or gifted, as is tradition.)

However, as the country enters a new era of leadership, people are looking to Vice President Harris to see what subtle statements she will make with her wardrobe choices. While on the campaign trail, her wardrobe remained consistent: a suit or blazer worn with jeans, and either her now-signature Converse sneakers or a pointed-toe pump, plus a string of pearls. It’s worth adding that this choice of beloved accessory is a particularly personal touch: a sentimental tribute to her Alpha Kappa Alpha sorority at Howard University. As the first female, Black, and South Asian-American Vice President, Harris is already breaking down barriers—and when she covers major fashion magazines like Elle and Vogue, you can be sure she’s in control of her own styling, too.

Harris’ “subdued uniform is an effort to keep the focus on the message, not the messenger,” declared the Wall Street Journal last fall. It’s likely that same trajectory will continue while she begins her groundbreaking term as Vice President.

During the Democratic National Convention last August, Harris donned a plum silk top and suit by Altuzarra. One of her biggest fashion moments occurred in November, when she wore a now-iconic white pantsuit and pussy-bow blouse by Carolina Herrera (notably an immigrant designer) with Manolo Blahnik pumps for her victory speech in Delaware. For her February Vogue issue (which has already become a hotly-debated topic!) she wore two ensembles for respective digital and print covers: a powder blue Michael Kors Collection suit, and a Donald Deal jacket with Converse.

Many of these subdued, yet strong, sartorial choices are a continuation on the prior theme: Harris wants people to focus on politics, not her clothes. However, as a history-making public figure, clothing is a part of the picture that many will focus on regardless. So far, Harris’ outfits have been a lesson in a new form of power dressing: her suits and pointed-toe pumps convey an authoritative mindset, while the more casual Converse and jeans signify a relatable casualness, accessible and familiar to the average American.

While Harris could potentially also don one of Ralph Lauren’s sharp suits to complement President Biden’s—RL himself has become a famous symbol for the ‘American dream’ lifestyle over his 50 years in business—or from one of her tried-and-true favorites like Michael Kors, there’s a chance she may decide to give this platform to an emerging and exciting young designer.

An array of diverse talent was on display during the Spring and Pre-Fall 2021 collection reveals, all of which could have caught the eye of the new VP.  At a time when numerous brands within the industry have been hit hard by the COVID pandemic, just imagine what a nod from the most powerful ranking female figure in the country could do.