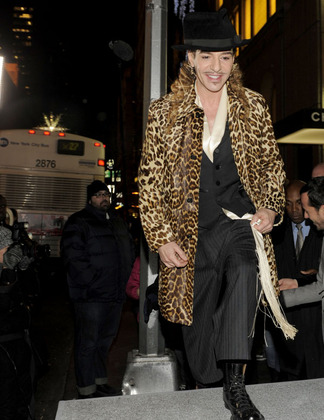 As suspected, John Galliano is getting into the world of costume design again. He’s been confirmed as the costume designer for Stephen Fry’s upcoming stage adaptation of Oscar Wilde’s play, The Importance Of Being Earnest in London’s West End next year. Fry will direct the production in addition to playing the lead role of (this is not a typo) Lady Bracknell. Galliano is no stranger to the theatre world: He worked as the dresser to Dame Judy Dench in the 1982 production of the same Wilde play, when the Dame played Lady Bracknell. It’s the first solo gig for the designer since you-know-what went down.