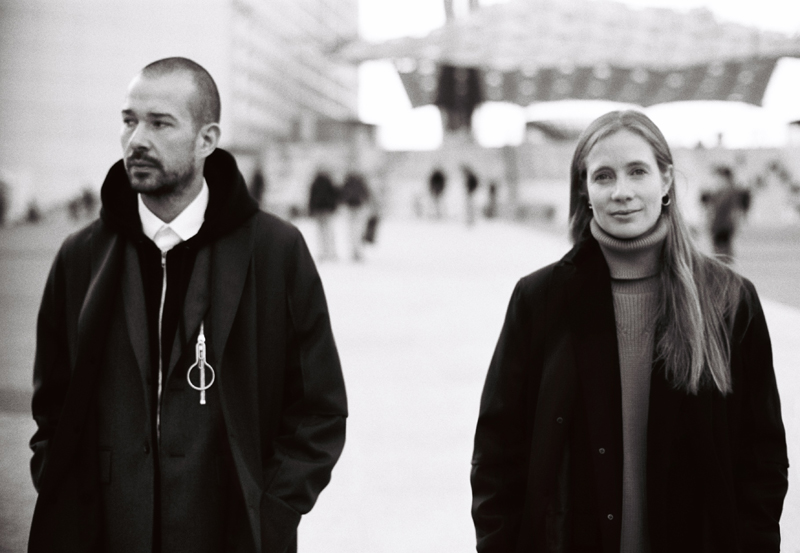 Jil Sander has named a husband and wife team as its new creative directors. Lucie and Luke Meier will be taking over the creative direction of the brand effective immediately, following the departure of Rodolfo Paglialunga in March. Swiss-born Lucie Meier studied fashion and marketing in Florence and design in Paris and eventually joined the Louis Vuitton team under Marc Jacobs where she spent five years before decamping to Balenciaga to work under Nicolas Ghesquière. She then worked for former Jil Sander designer Raf Simons during his time as the creative director at Dior. There she served as Simons’ head designer of women’s haute couture and ready-to-wear. After Simons departed Dior, Lucie served as co-creative director alongside Serge Ruffieux at Dior for five collections. To say that she is coming to the job prepared would be an understatement.

Canadian-born Luke Meier studied finance and international business at Georgetown University in Washington, D.C. and continued his post-graduate studies in business policy at Oxford. He continued his education further when he moved to New York City to enroll at FIT and ended up working as the head designer of Supreme for eight years. He later co-founded the menswear label OAMC, which is currently distributed in over 100 retail stores worldwide. Talk about a fashion power couple!

“Lucie and Luke possess an intimate connection and a deep understanding of the brand,” said Alessandra Bettari, CEO of Jil Sander, in a statement. “They hold a vision which is modern, cohesive, and in touch with what is relevant now and they beautifully combine it with a subtle sensibility for fabrics, garment construction, and detail definition. I expect the creation of very clever collections and a world to be inspired by.”