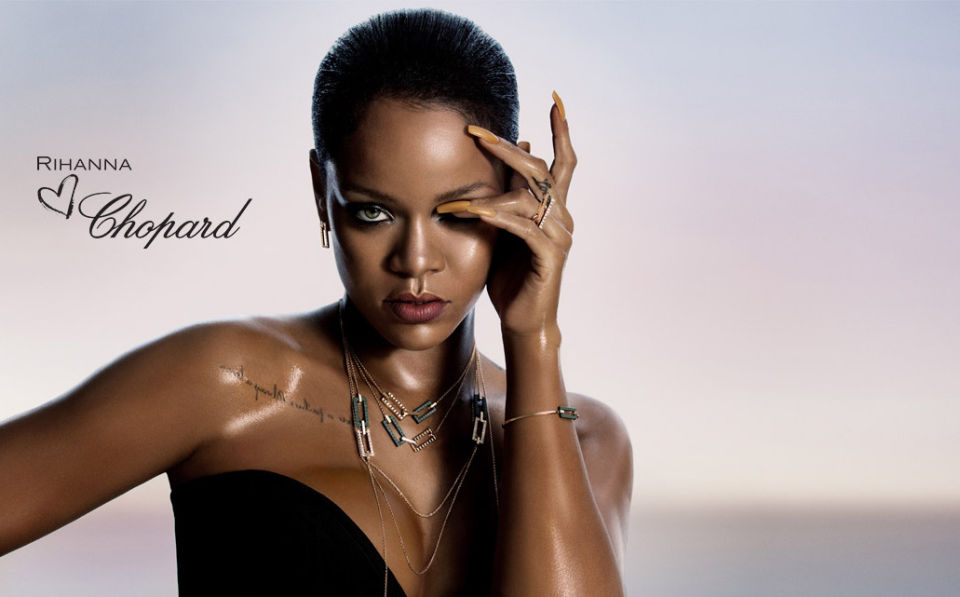 Rihanna and Chopard Collaborate on Fine Jewelry Line [Fashionista]
The limited-edition range co-designed by Rihanna will make its official debut at the Cannes Film Festival.

Karla Otto Tells All [BoF]
From her early days representing Jean Paul Gaultier and Jil Sander to the state of fashion communications today, the German PR guru breaks down her story to Tim Blanks.

Anna Wintour Donates Signature Sunglasses for Charity [Page Six]
The editrix has donated a pair of her signature Chanel sunglasses to a charity auction surrounding the one-man show Ryan Raftery Is the Most Powerful Woman in Fashion, in which Raftery (in drag) plays the Vogue editor.

Hood By Air Is On Hiatus