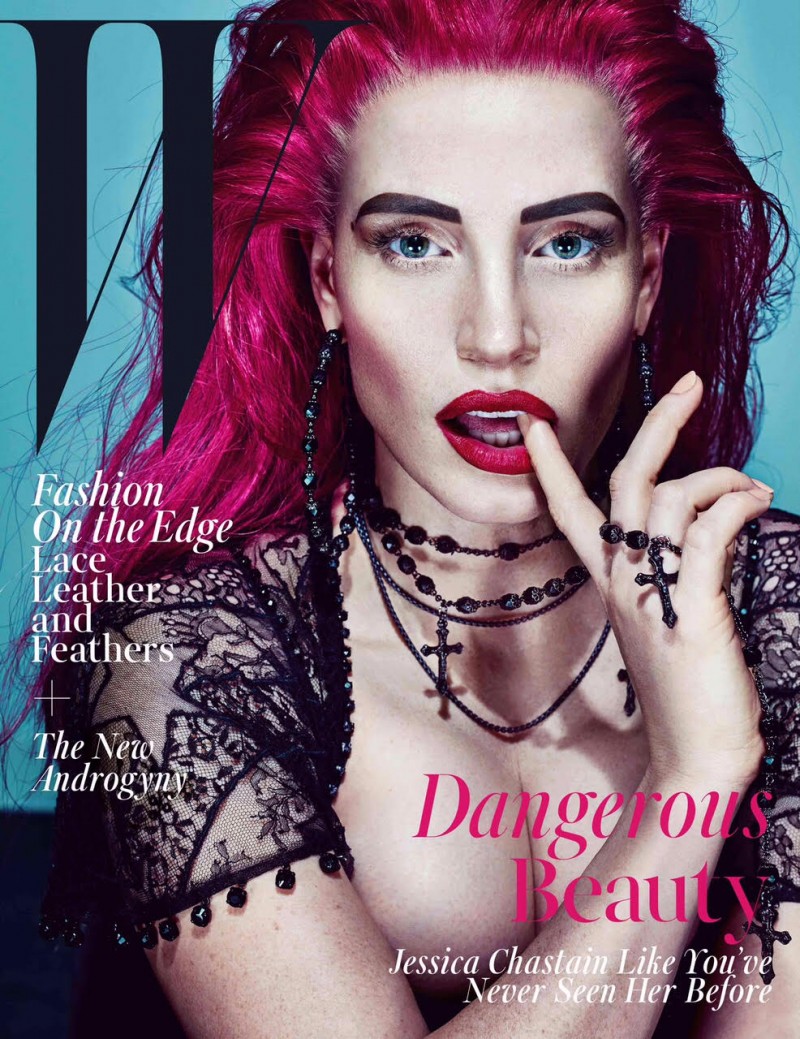 Who’s that girl? Why, it’s Jessica Chastain! This is the actress, as the November cover line reads, “like you’ve never seen her before.” For her third W magazine cover, she transformed into a punk rockette before the lens of Steven Klein, thanks to masterful styling by Edward Enninful, hair by Shay Ashual for Wella, and makeup by Sammy Mourabit from the Julian Watson Agency. In 2010, for her first ever cover shoot, and Stefano Tonchi’s first cover as EIC of W, Chastain and seven fellow relatively unknown actresses (at the time) played different characters—similar in the way she metamorphosed for this latest shoot.

“When I asked Chastain to be on the cover of this issue, joining forces with image-maker Steven Klein and W’s visionary Fashion and Style Director, Edward Enninful, she was the first to urge us to defy convention, declaring that she is an actress, not a model,” Tonchi said in his editor’s letter. “And yes, Chastain is drop-dead gorgeous, but she is definitely more than just a pretty face. The history of W is full of immersive and labor-intensive collaborations, where photographers and actors really took the time—and the risk—to go further and show a different face, to play new roles, to inspire.”

In the cover feature, Chastain tells all to Lynn Hirschberg, from the birth of her career in Cannes to her search to be casted a villain and her warrior role in her latest project, the prequel to Snow White and the Huntsman. See the full feature here. For instant pleasure, a few highlights…

On Bond Girls: One of my goals is to play a villain in a Bond film. People ask me if I want to be a Bond girl, and I say, ‘No, I want to be the villain.’ I’m waiting for that call!”

On her versatility as an actress: “It did confuse people. I would hear, ‘Who is the real Jessica?’ a lot. They rarely say that about men. They never worry about ‘knowing’ them.”

On her role in the prequel to Snow White and the Huntsman: “I look like a Smurf next to Charlize. I play a warrior in the film. So different from the women we are about to see [at the Met’s John Singer Sargent show]. Or is it? They were probably warriors, too.”

On her boyfriend, Gian Luca Passi de Preposulo: “He’s a gentleman. And that’s very important to me. He’s from an old-school Italian family. No one in his family has ever been divorced!”

On Madame X versus Lucille, her character on Crimson Peak: “Her clothes are sexier than Lucille’s—but Lucille loves constrictive clothing, and you can feel the power of that in this portrait—the sexiness of the tightness of her dress.” 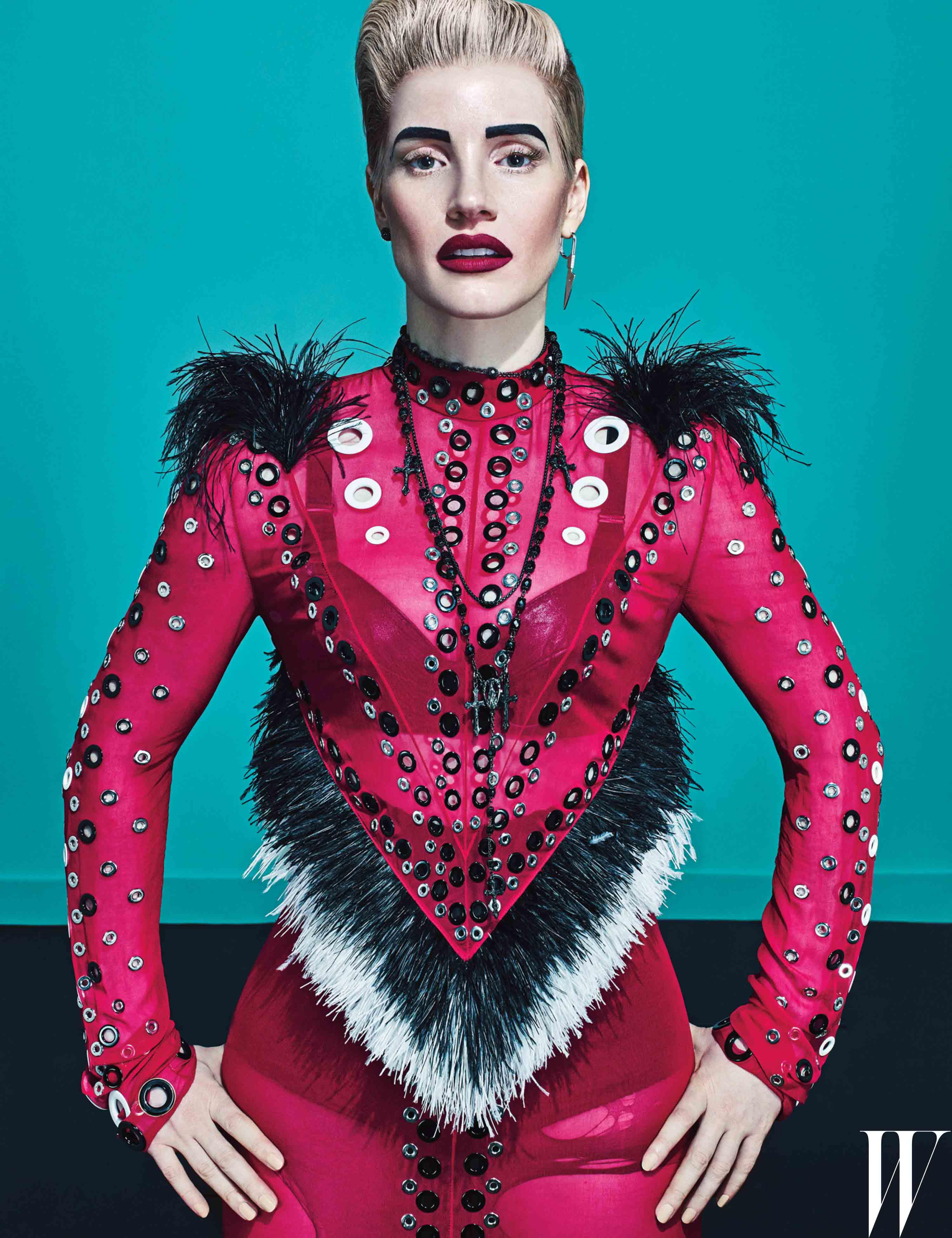 Encore, Encore! Have You Devoured the Latest Daily Media?