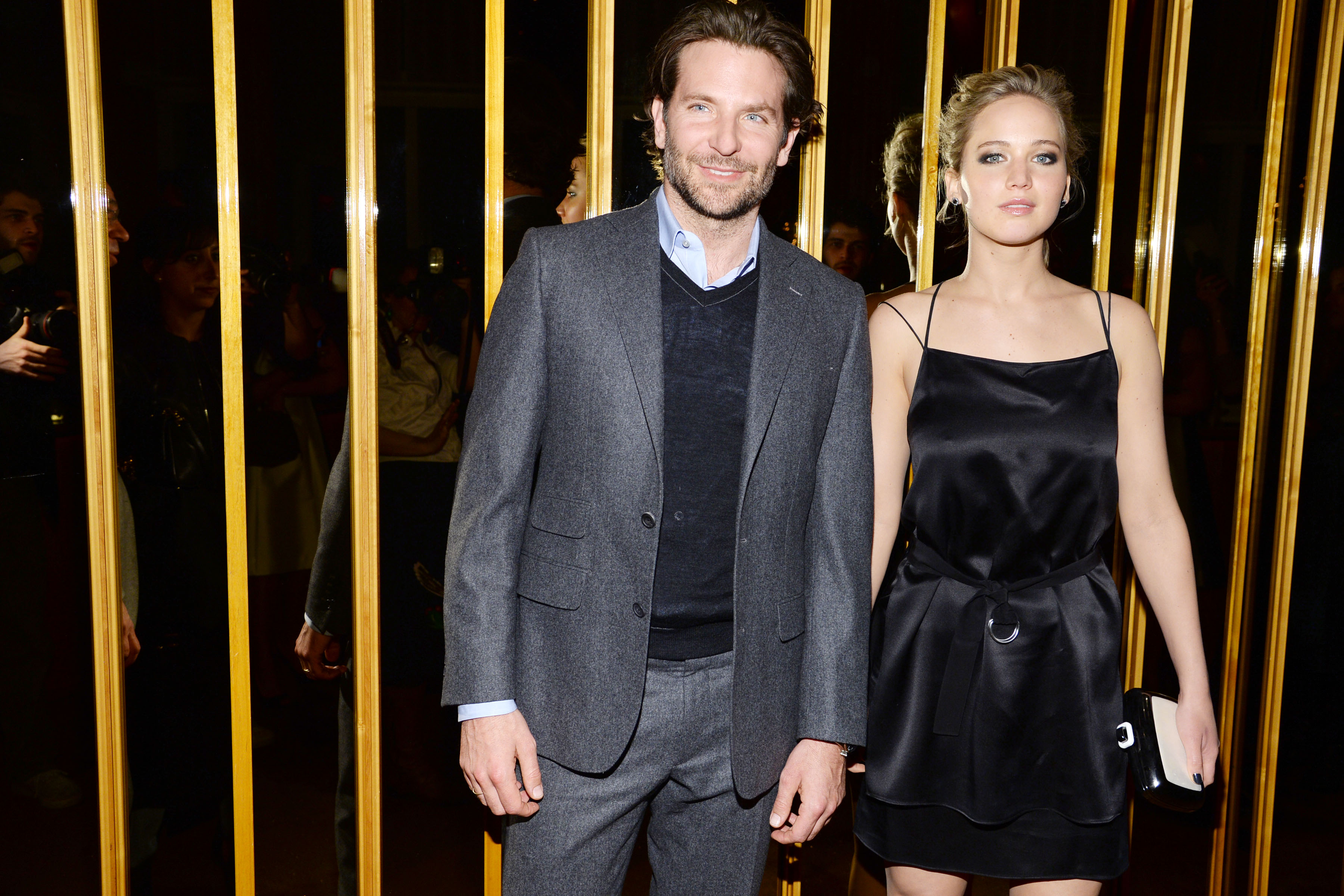 It’s not everyday that a pair of Hollywood’s biggest stars roll into town, attached at the hip, to debut their latest film. Bradley Cooper and Jennifer Lawrence were inseparable from start to finish at the Cinema Society and Dior Beauty-hosted premiere of Serena, the Susanne Bier-directed flick chronicling the romance of a Southern timber magnate and his unhinged wife. Lawrence was, per usual, decked out in Dior. The glittering number brightly reflected the photogs’ flashbulbs, making Lawrence resemble a chic disco balls of sorts. The quirky starlet also fidgeted with her heels for the duration of the evening, while Cooper remained mostly silent.

Following the premiere at Landmark Sunshine Cinema (which was  inundated with fans and paparazzi) the gang carried on to The Top of The Standard where Belvedere cocktails were in no shortage. Cooper remained seated at a table overlooking the Hudson River, with the film’s producer, Todd Wagner. Lawrence made the rounds, parting the seas of party-goers thanks to her team of two publicists and three bodyguards. Some also spotted her sneaking away to the venue’s rooftop for a cig break. Newly minted model-turned-artist Tali Lennox, fresh from her “Layers of Life” exhibition debut at Catherine Ahnell Gallery, took some time to unwind on the arm of model-boyfriend, Ian Jones. Meanwhile, Bryan Boy celebrated his birthday alongside BFF Jason Wu, and fellow actors Kelsey Grammer, Jeremy Piven, Rachel Brosnahan, and Kelly Rutherford were also on hand for the bash.

Zoe Saldana Won’t Be Joining In The Dolce & Gabbana Boycott