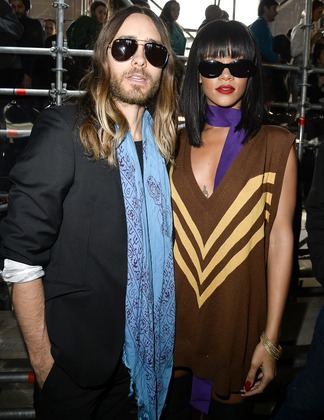 You’ve just won an Oscar for best supporting actor, so whatcha gonna do next? Paris Fashion Week was Jared Leto‘s plan today as he joined his bromantic partner Terry Richardson at Miu Miu on the final day of shows. Miu Miu had one of the most impressive front rows of the season with Lupita Nyong’o, Margot Robbie, Elizabeth Olsen, Elle Fanning, and PFW staple Rihanna catching the show. Leto was later spotted Hermès, the final show of fashion decade, eh, month. That’s a wrap for now, folks.