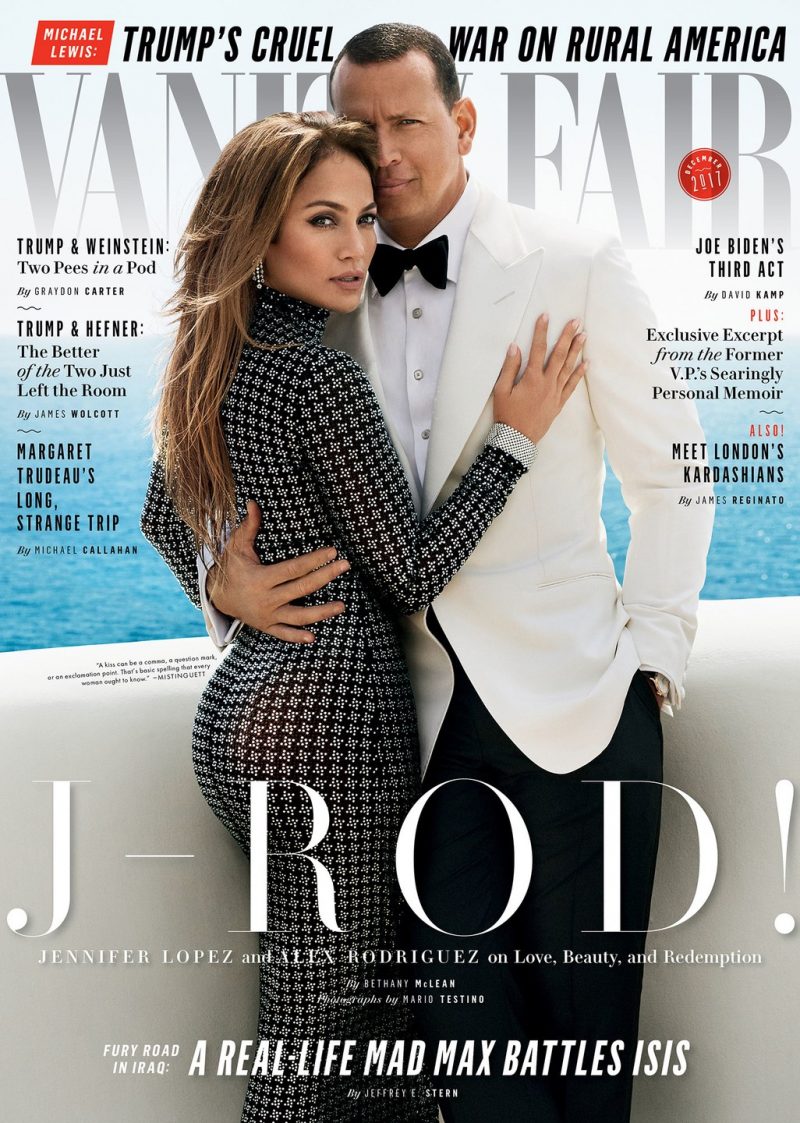 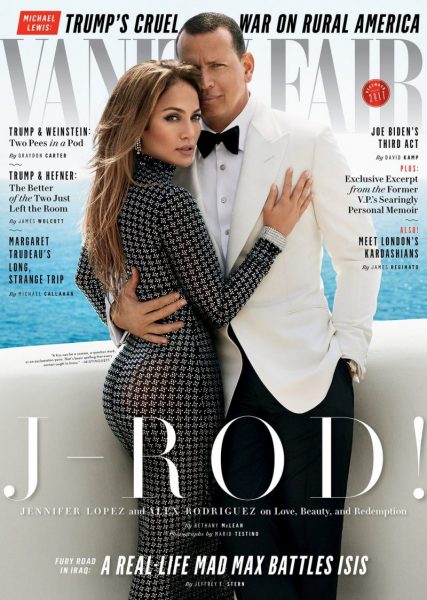 J-Rod (Jennifer Lopez and Alex Rodriguez) made their first debut together on a magazine cover for Vanity Fair‘s December issue, lensed by Mario Testino. In the cover story, the happy couple takes us back to their initial love at first sight moment—and it looks like the credit goes to J Lo for making the first move!

“I almost yelled out, ‘Alex,’ but I am the shyest person when it comes to things like that,” she told the magazine when bumping into the former New York Yankees player while having lunch in Beverly Hills last winter. “I could literally just have walked away. But I walk over and tap him on the shoulder and say, ‘Hey.’ I had just come from a promo for my show, Shades of Blue, so I’m dressed like my character, like a boy — Timberlands, jeans, curly short hair. He looks at me. I say, ‘It’s Jennifer.’ He says, ‘You look so beautiful.’”

J Lo then reflects on their first date. “He was sitting there in his white shirt, very confident and manly, but then he was just so talkative!” she recalled. “I think he thought I was going to be this loud person, but I’m not. I just listen. So he’s talking, talking about his plans, about how he had just retired from baseball, about how he saw himself getting married again, all these things you wouldn’t normally talk about on a first date. I don’t know if he thought it was a date. He was nervous, and it was really cute.”

Since that night, the couple have been very public about their relationship, being seen out all over NYC together, walking hand-in-hand on red carpets like the Met Gala, etc.  “We are very much twins,” Rodriguez told VF. “We’re both Leos; we’re both from New York; we’re both Latino and about 20 other things.”

In the online version of the article, you can catch a video of the couple playing a Q&A. If their cuteness isn’t a sign of wedding bells, we don’t know what is—just see for yourself! 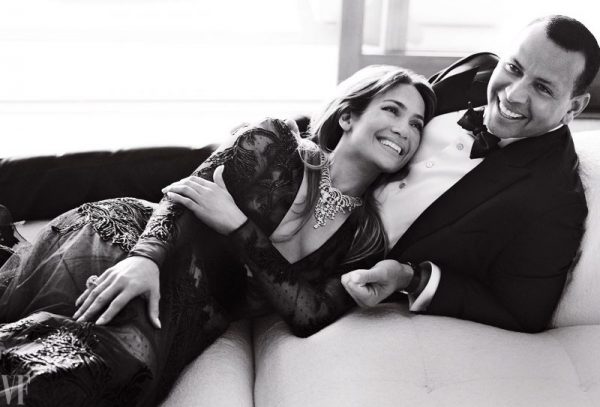