It's Official: PPR Is Now Kering 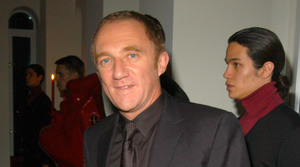 (NEW YORK) Today, the fashion conglomerate formerly known as PPR has officially become Kering. The news was announced at the company’s annual meeting. PPR stood for Pinault-Printemps-Redoute, and the company has announced that they plan to sell of their final retail business, La Redoute, by the end of the year as they become solely focused on their ownership of several fashion and lifestyle brands like Gucci and Puma. Francois-Henri Pinault has said that its new name, Kering (which sounds like “caring”) is a reflection of the company’s mission and values, a fresh slogan has been selected (“empowering imagination), and their new symbol is an owl. We imagine it will take awhile before mention of Kering isn’t perpetually followed by the phrase “formerly known as PPR”, non?

Dish Alert! Morsels From The Food & Wine Classic In Aspen