Interview With A Hamptons Tick 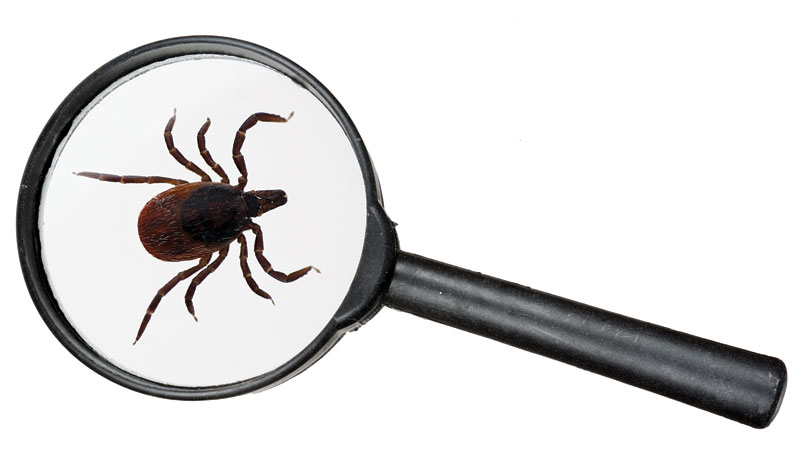 Long Island’s scariest local opens up about life in the dunes, losing his family, and his search for the perfect host.

Thanks for talking to us! I know you’ve been super busy this summer.
Hey, don’t mention it, bro. I’ve been hangin’ around out here all summer prayin’ for some idiot to stumble past me. They always do. Shouldn’t be too long.

So you’re currently unattached?
Completely. My wife disappeared a few months ago. She got picked up by some five year old in a Vilebrequin. The one with the crazy octopuses—

I hope he’s okay!
Whatta ya mean he? What about her? The kid’s nanny probably crushed her with a tweezer, for all I know. Or even burned her with a match! My God, I don’t even want to think about it.

We’re sure she’s in a better place. Is it lonely out here?
It can be, yeah. I’ve got a few hundred kids but they’re mostly off doing their own thing. I’m an old parasite. This is probably my last host. I can’t fly or jump so it’s basically a waiting game. I usually go by body odor, body heat, vibrations—

Questing, I think it’s called.
Something like that, yeah. I’m just a parasitic bloodsucker, buddy. What do I know?

You’re part of the arachnid family, yes?
I see somebody’s been readin’ Wikipedia! I tell my youngest he’s part vampire, which is great. Builds his self esteem. The spiders think they’re better than us.

Can you blame them?
I can’t, really. We’re the most hated pest on Long Island after the share house renters. Every summer there’s a whole big freak-out about how we’re worse than we’ve ever been. Or so I’m told. I’m only five months old.

Does that sort of thing upset you?
Of course it upsets me. My family’s been on Long Island for the past 5,000 years and now some guy who spends six weekends a summer here is gonna tell me I’m a nuisance? I’ve lost millions of family members to these people. Millions. But they can’t keep us down.

They certainly can’t. What scares you most? Asking for a friend.
Aside from tweezers? Probably DDT, but they outlawed that stuff in the ’70s. I’ve heard stories, though.

Not to be indelicate, but do you carry diseases?
You’ll never know, will you? Neither will I, actually, unless I get pinched, stuffed into a Ziploc, and mailed to some lab for testing. I mean, you can’t make this stuff up. Absolute animals, these people.

What’s your favorite part of the body?
I’m an armpit guy myself, but I’ll take what I can get. You should come out and see me some time. You sound tasty.