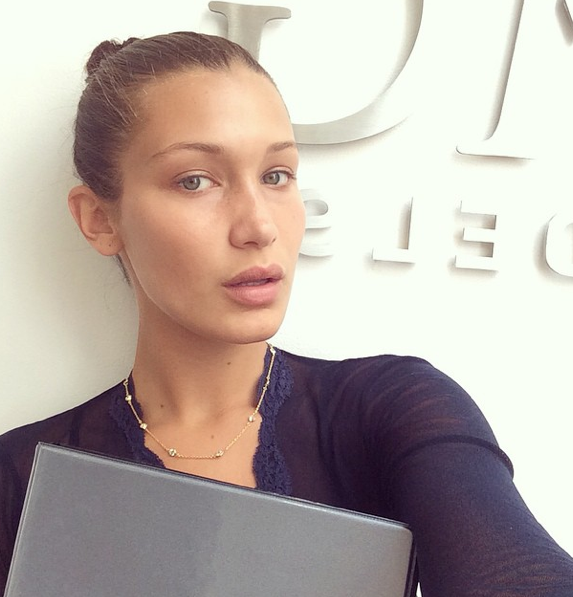 Too much Hadid is never enough, so IMG Models has signed Gigi’s little sis, Bella Hadid, to their roster. The newly-minted mod revealed the news to her 226,000-plus Instagram fans yesterday that’s she’s “part of the @imgmodels team officially.” Bella joins her big sis attending college in New York and as part of the IMG family, which also includes Karlie Kloss, Joan Smalls, and Hilary Rhoda, to name just a few.  The Hadid girls are the daughters of The Real Housewives of Beverly Hills’ fan favorite Yolanda Foster and Iraqi estate developer Mohamed Hadid. Gigi’s made a splash in the past year .appearing in the Sports Illustrated swimsuit issue and opposite Patrick Schwarzenegger in the Tom Ford Eyewear campaign. She was also on the cover of our very own Daily Summer this past Memorial Day weekend, shot by Gilles Bensimon.

Hey There. I found your blog using msn. This is a really well written article.
I will be sure to bookmark it and come back to read more of your useful info.
Thanks for the post. I will definitely return.