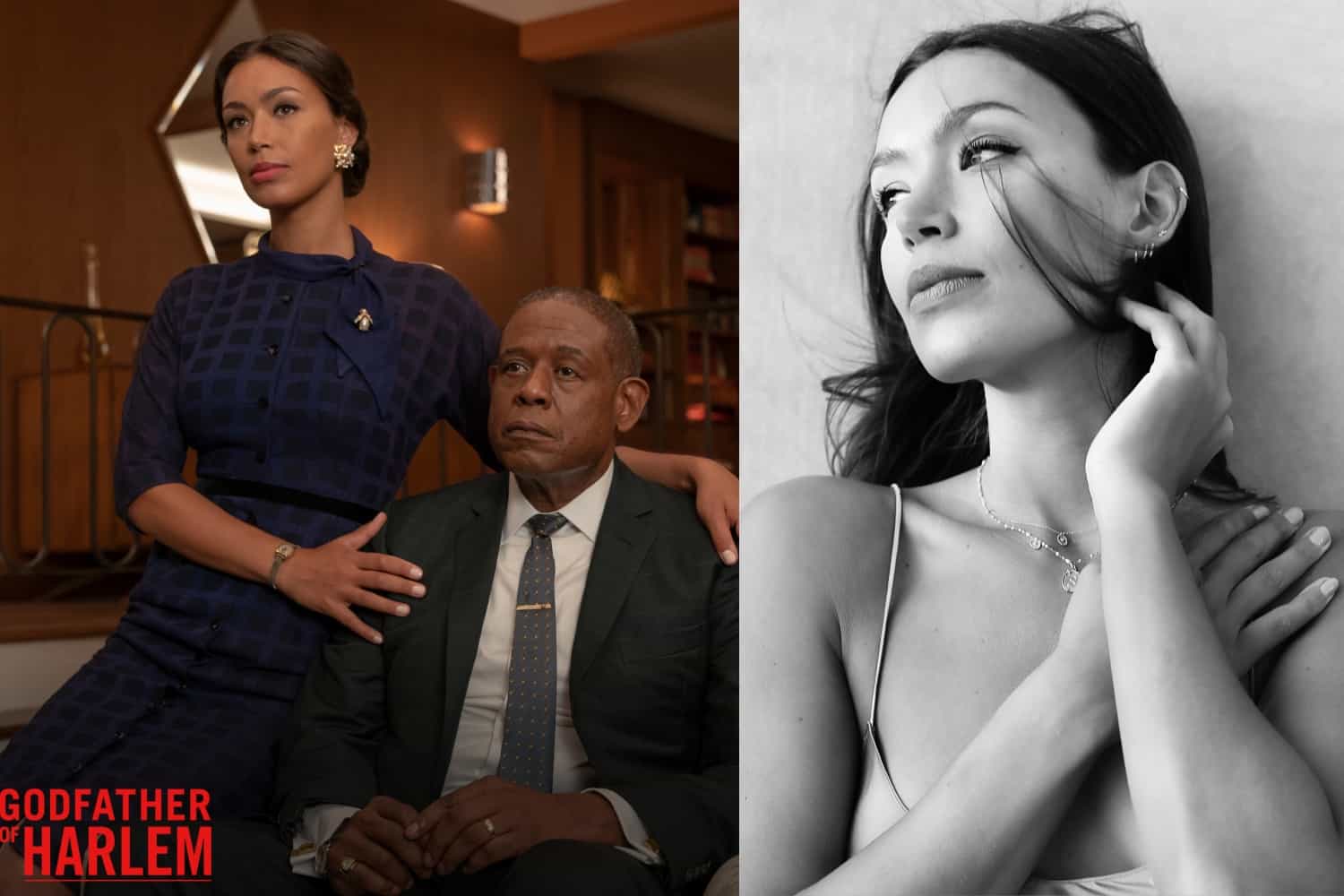 This past Sunday was the premiere of season two of Godfather of Harlem on Epix. Ilfenesh Hadera, who plays Mayme Johnson on the show, tells The Daily what viewers can expect, how they’ve managed to film during the pandemic, and the (few) fashion designers on her radar.

What can viewers expect from season two?
In season one, everyone was just trying to survive, this season there’s a shift and survival alone isn’t enough. In season two, we find a family and a community who want to thrive. Bumpy wants it all and he’s willing to team up with some very unlikely adversaries to get it. Mayme wants to be mother, wife, and community leader, but she also wants to be out at the Geeche club on Saturday night. Elise has worked her butt off to get clean. The people want their rights, they’re no longer willing to take civil right’s abuses and police brutality lying down, they’re marching and staging sit ins, they want their voices heard and their votes counted. Obviously there’s a difference between what people want and what they get, and that makes for a really riveting season.

What’s it been like shooting during the pandemic?
Everyone came back wanting to make a great show but the top priority this season was keeping everyone safe. Creatively, there were challenges on every level that our writers can speak to much better than I can. You know…having to keep scenes with large numbers of background to a minimum, shooting on the stage a lot more this season to keep cast and crew in a safe and controlled environment. For me, the main challenge was not feeling particularly free to get physically close to my costars. You’ve been told for a year to keep six feet of physical distance and all of a sudden you’re being asked to throw your arms around someone in a scene for a long tight embrace. Even if you’re comfortable doing that, you’re wondering if your scene partner is, you’re trying to read them and respect their boundaries. These kind of walls aren’t so conducive to feeling creatively free, but that was the hand we were dealt this season so you do your best.

What have you learned from working with the great Forest Whitaker?
To take my time. To ask questions. To make suggestions. Maybe you don’t think your character would say something as written, so you ask to have a chat with the writer about it. Or the director has blocked a scene in a way that doesn’t feel truthful, so you express that. You can trust your writers and directors and still know that you also have to look out for yourself and your performance. I feel like Forest has given me the freedom to do that. 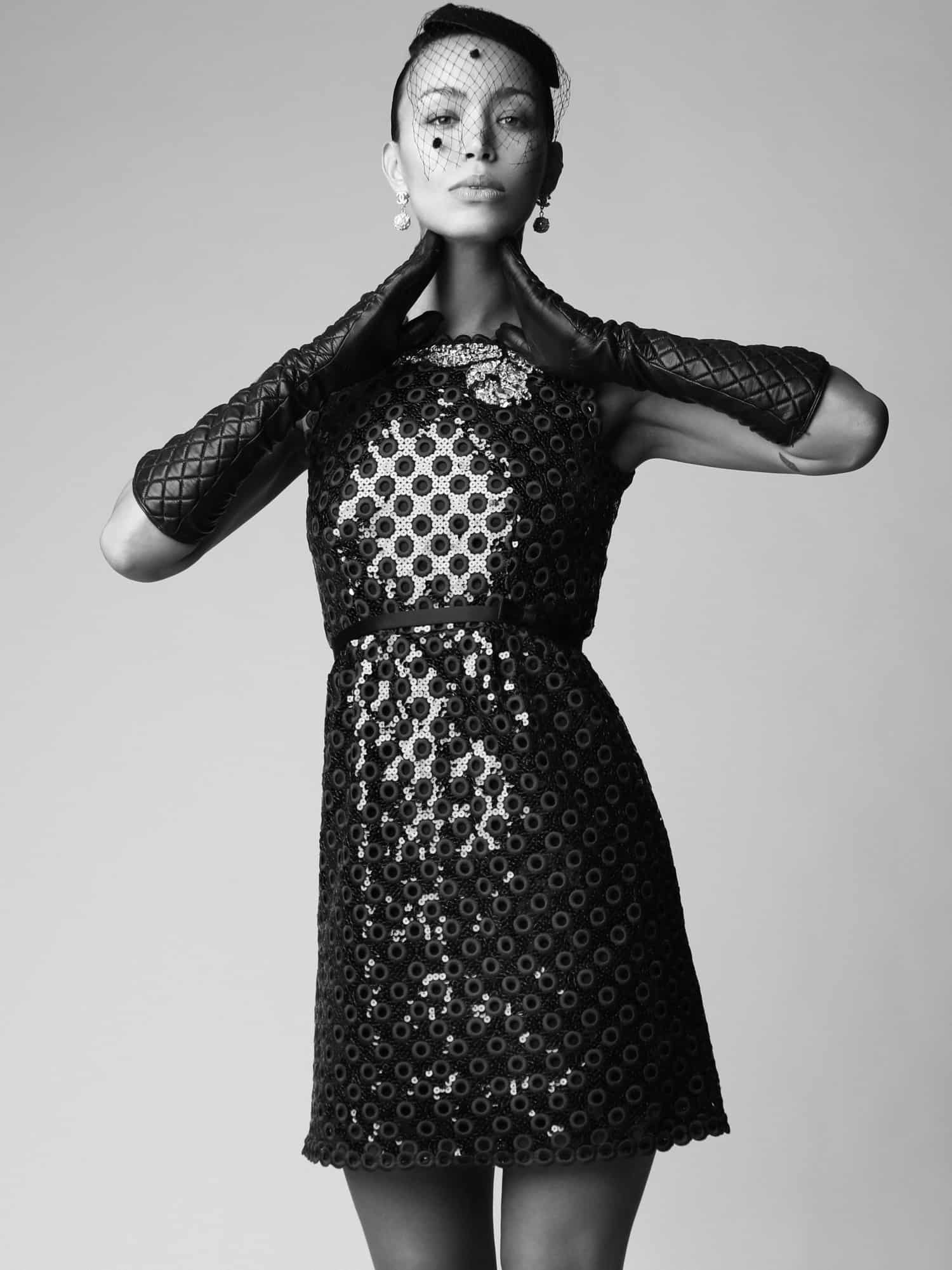 You joined The Lions this year. Why did you want to sign with them and what are your aspirations in the fashion world?
First and foremost, they’re just a terrific group of genuinely good and kind human beings. Most of our conversation when I sat down to talk with them in our initial meeting was about how the agency could be helpful to my parent’s non-profit organization African Services Committee. It was very clear very quickly that they’re an extremely conscientious bunch and so much more than a modeling agency.

How interested are you in fashion? What designers do you love?
Complete honesty, I don’t read the magazines. I don’t know who the creative directors are at most brands. I know little of the history at different fashion houses. That said, I know what I like and I know the power and influence of fashion, both with regards to identity and culture. As an actor, you can’t deny the importance of style and costume to the creation of a character. I love Paco Rabanne. I just splurged on the iconic mirror effect mini skirt which I justified with ‘If I ever have a little girl, it’ll be her most favorite thing to play dress up in.’ I also love Mugler and Haider Ackerman so much. Anything slightly masculine always makes me feel my most feminine, sensual self. I’m swept up in the Bottega Veneta craze like everyone else since Daniel Lee took over (the one CD I know by name!) My partner works at Palace skateboards, so much of my daily wardrobe includes some of their gear, which is so fun. They’re doing some really great collaborations.

How would you describe your style?
Easy! I can’t do fussy. I don’t do a lot of color either. I try, but I just can’t get into it. I guess my style is whatever makes me feel like the best version of myself and maybe that changes a little bit day to day.

What are some of your other passions outside of acting/modeling?
Health and wellness. Fitness. Travel and being in nature. My family, and supporting African Services Committee whenever possible.

What’s next?
Back on the audition grind. It would be wonderful to find something great to work on between this season and the next season of Godfather of Harlem.

23 Models Tell Us 3 Things They Can’t Wait To Do Again!

The Lions Director Gina Barone On the...

And The New Victoria’s Secret Angels Are…