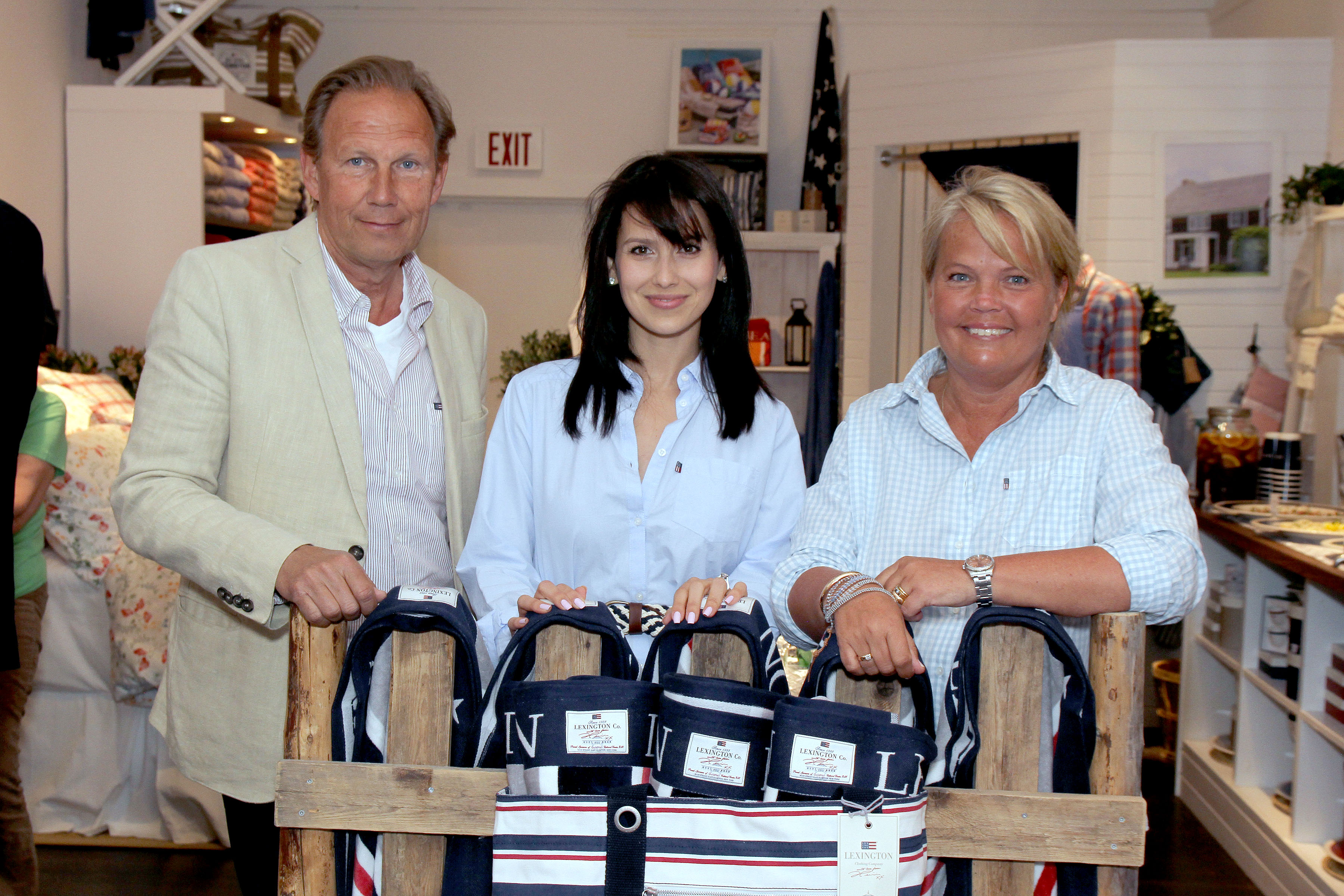 While you were busy at the Veuve Clicquot Polo Classic or the Life Ball in Vienna this weekend, there was a chic set out gallivanting on the East End, bien sûr! The reason for our trip out East? To check out Hilaria Baldwin’s collab with Lexington Clothing Company, the Swedish label with a decidedly Americana feel. Amid the East Hampton shop’s red, white, and blue décor, there were healthy bites and sugary cookies, plus Baldwin and her adorable daughter, Carmen. Between cuddles with her little one, Baldwin took the time to chat with The Daily. Dressed in a blue shirtdress, she dished on the details of her Hamptons chic look: “I’m wearing the Alec shirt dress, because I seriously steal my husband’s shirts, belt them, and wear with heels. But one of my favorite pieces is the sweatshirt, because I wear it all the time to yoga. It’s a little off the shoulder and Flash Dance-y, which I love!” The dress and sweatshirt are a part of the seven-piece Hamptonite collection. There’s a karmic kick, too: a portion of the proceeds to East Hampton’s Guild Hall, a local cultural hub that hosts exhibits, plays, and a slew of local benefits. The collection also includes a red maxi-dress, a beach-apropos towel and tote, a hat, the Alec shirtdress, and a buttondown named after Kristina Lindhe, the creative director, CEO, and founder at the label. Lindhe wore her namesake shirt to the bash, while raving about working with Baldwin: “Hilaria is really easy to work with and so nice; we clicked from the first time we met.” Have Lindhe and Baldwin ever done yoga together? “No, but I‘ve been behind the scenes a couple times when she Instagrammed her yoga pose [of the day],” said Lindhe. But of course!

I was just sent some dresses from French curve with the label Hamptonite New York. There was no invoice so I have no idea how much the retail price should be. The dresses are terrific and I am interested in carrying the line. Is there a rep or do I connect with you. Please help me!!!!
Thank you!, Ruthie

I am trying to find a sweater from Hamptonite.