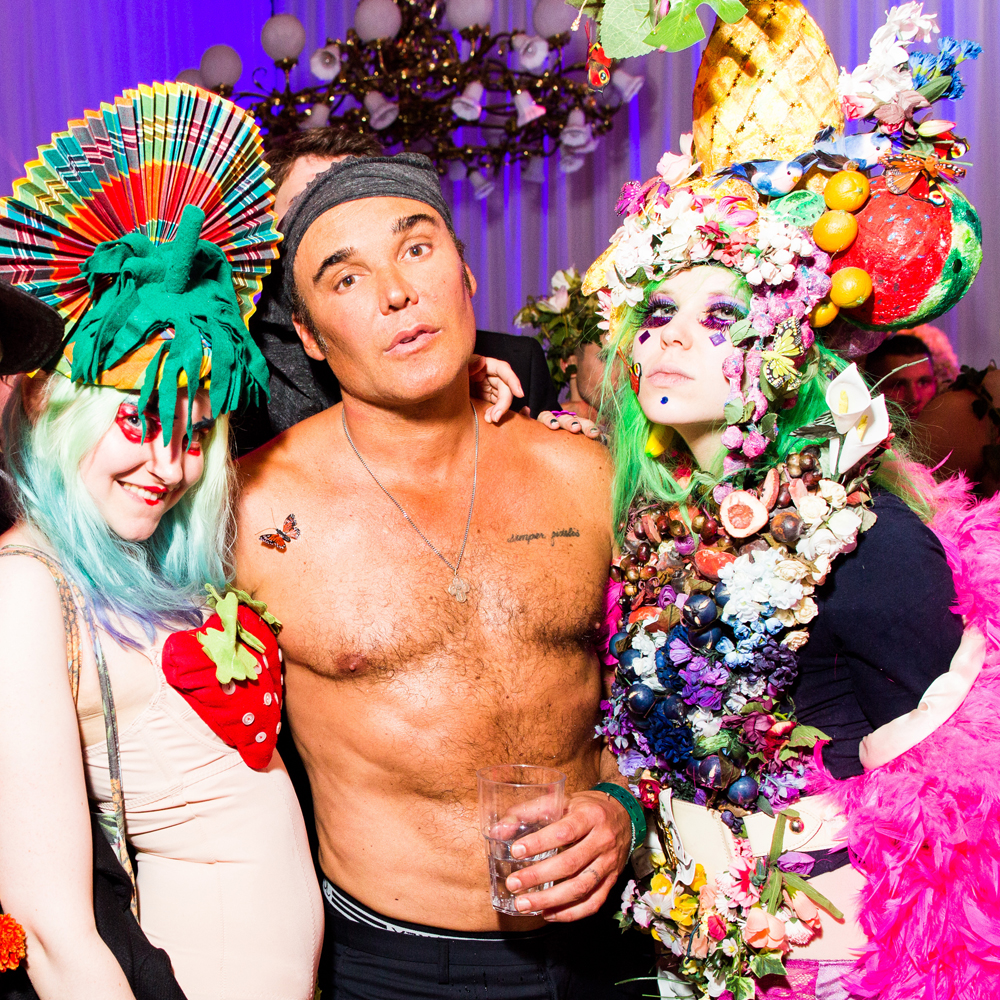 Life Ball, held in Vienna, Austria over the weekend, once again lived up to the hype as the world’s most glamorous, over the top, visually stimulating party. A few VIP New Yorkers were flown to the event via Austrian Air on Thursday night for the now infamous party jet. The rowdy flight (which included an open bar where you can help yourself) included Ke$ha, Courtney Love, Marcia Cross, Cameron Silver, a slew of male models, MAC makeup artists, drag queens out of drag, drag queens in drag, Joey Arias, Susanne Bartsch, Amanda Lepore, Peter Davis, Chris Constable, Courtney Act, the boys from the group Well Strung, Josh Wood, Ladyfag, and as we reported, not Lindsay Lohan. Did Amanda Lepore strip down naked mid-flight? You betcha! The rest, we’ll leave to your imagination. Once the plane landed in Vienna, guests were welcomed to town with a red carpet right off of the plane. Austrian press interviewed notables while thumping techno courtesy of a Red Bull bus woke everyone else. (Regular paying customers escorted themselves off the plane with a different entrance.) “I’ve never walked off of a plane on a red carpet before. It’s major! I’m on cloud nine,” model Carmen Carrera told us after the flight. How does she feel about the controversy over the David LaChapelle shot of her for the Life Ball poster? “I don’t want anybody to feel offended! It’s just art! I want people to understand the message behind it and that message is of acceptance and that beauty has no gender.”

The weekend’s main event, aka the Ball, was held at City Hall on Saturday night, which had a “Garden of Earthly Delights” theme this year and has been balling on since 1992 to raise money for AIDS causes. Before the opening ceremony got started, your Daily checked in with Jean Paul Gaultier, who hasn’t been to Life Ball since 1995. “It’s been almost 20 years! It’s incredible! There’s not a moment to stop working to fight AIDS.” While we were talking to JPG. he greeted (and gushed over) his old pal David LaChapelle, telling the artist,”You are beautiful! A star! You look like a movie star!” Where was JPG’s costume? “It’s there!” as he pointed to the dress he was wearing. “I didn’t shave. We don’t shave anymore!” This year’s highlights included a live performance by Ricky Martin, a speech by regular Life Ball-er Bill Clinton, and runway show of male models wearing brands such as Vivienne Westwood (also in attendance) and Dsquared. Franca Sozzani presented the Life Ball guest with the most creative costume. After Eurovision winner and Austria’s sweetheart Conchita Wurst performed her contest-winning song a few thousand guests partied into the night inside City Hall’s Grand Festive Hall. In one room you might find Andy Bell performing, and in another, our friends from the plane ride over volunteered their time to entertain the Austrians. Everybody (as far as we know) managed to make it on the flight back to JFK the next morning, but things were a little quieter on the way back. When we landed, our customs agent told us this is the most colorful crowd they see all year. We couldn’t agree more.
EDDIE ROCHE