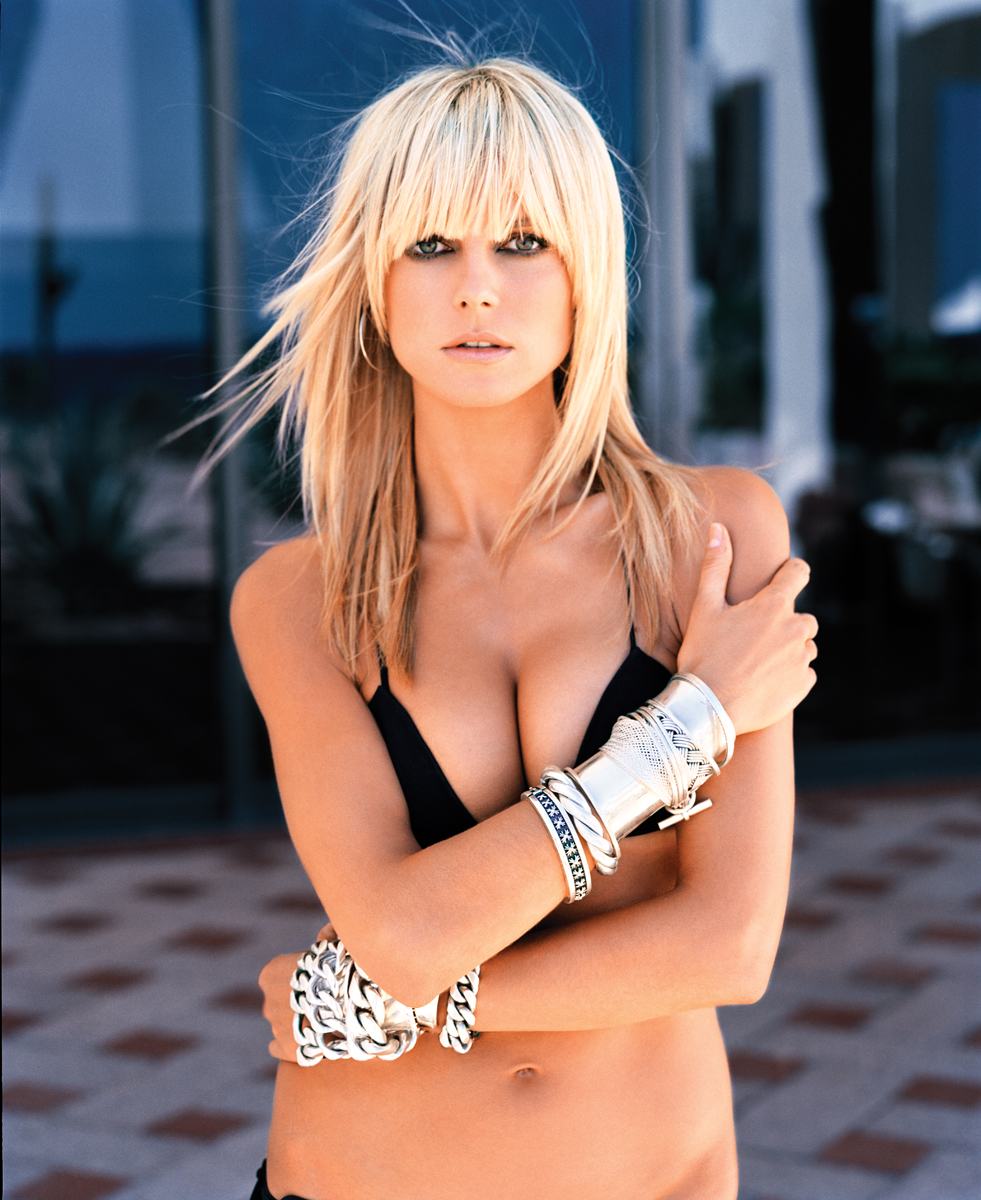 The always-lovely Heidi Klum recently spoke to us about this legendary photo of her for ELLE shot by Gilles Bensimon. Don’t forget to catch Heidi on the premiere of America’s Got Talent tonight on NBC.

Do you remember this photo?
I do. It was shot in Cabo San Lucas many, many years ago. It’s funny, because a lot of people wanted to copy my hair-do after that. It was a big thing with the bangs and the platinum blonde, which was really Gilles’ idea. He was like, ‘I want it platinum, platinum, platinum, and I want to cut it with the ’60s bang!’ And he was right. He wanted to change up my look and make me a little more edgy. So many people come up to me, even now, and say, ‘Wow! That was a real moment!’

Were you scared at the time?
I wasn’t scared, because I’m a Gemini and I’m also someone who’s a little bit fearless when it comes to those kinds of things. I was taking his lead. He said, ‘Let’s create a cover that people won’t forget.’ And we did! I did a lot of ELLE shoots with him, and he always made me look natural but sexy at the same time. It wasn’t one of those shoots where you’re in the studio and they completely change you into a person that doesn’t look like you. He always makes you look like you, but better.

How would you describe him as a person?
He’s a lot fun to shoot with. He has the music going, he’s laughing, and he’s joking around with everyone. He makes you feel beautiful. He was always quite tough on his assistants and other people, but he was always lovely to the ladies. He pushes you and wants the best for you.

What are you up to this summer?
I’m going to be in New York for three months, because I’m shooting two shows: the 13th season of Project Runway, and then I go straight into America’s Got Talent.