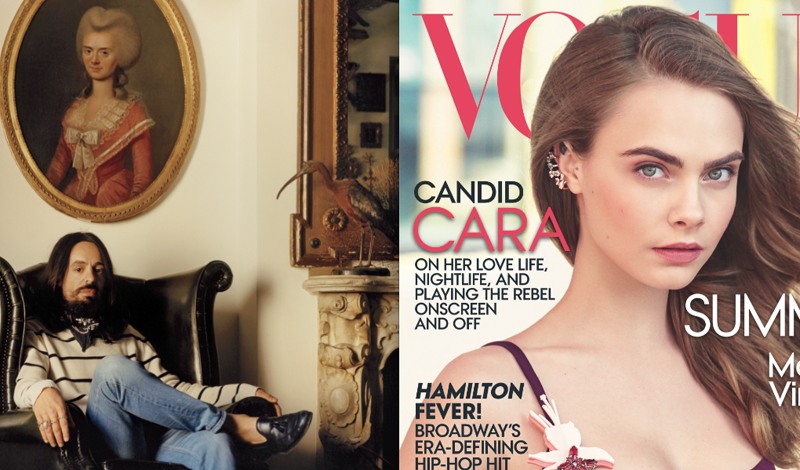 When Alessandro Michele, a relative unknown working behind the scenes at Gucci, was appointed as creative director following Frida Giannini‘s departure, the industry was in shock. Michele himself was even caught off guard. “I wasn’t even on the list,” Michele told Hamish Bowles in a recent feature on the designer in Vogue‘s July issue of the long list of top tier names thrown around as a replacement for Giannini shortly after she left the company. Giannini left the company with her husband, former Gucci CEO Patrizio di Marco and since then Michele along with new CEO Marco Bizzarri, an entirely new aesthetic and mantra has been installed. In the interview with Bowles, Michele paints a picture of his eccentric tastes and his vision for the new Gucci woman. “I am trying to cause a little revolution inside the company—to push another language, a different way to talk about beauty and sexiness, which is an old word,” Michele told Vogue. “It’s about sensuality now.” Below are a few fun tidbits we learned about Michele from the article…

Fun facts about Alessandro Michele:
—He has a collection of walking sticks that his father carved with naturalistic symbols and poetic phrases.

—He makes trips to London to buy needlepoint kits from the Liberty department store.

—His partner, Giovanni Attili, is an urban-planning professor.

—His studio is scented with Santa Maria Novella potpourri.

Matt Bomer Stars In Giorgio Armani’s Made To Measure Campaign