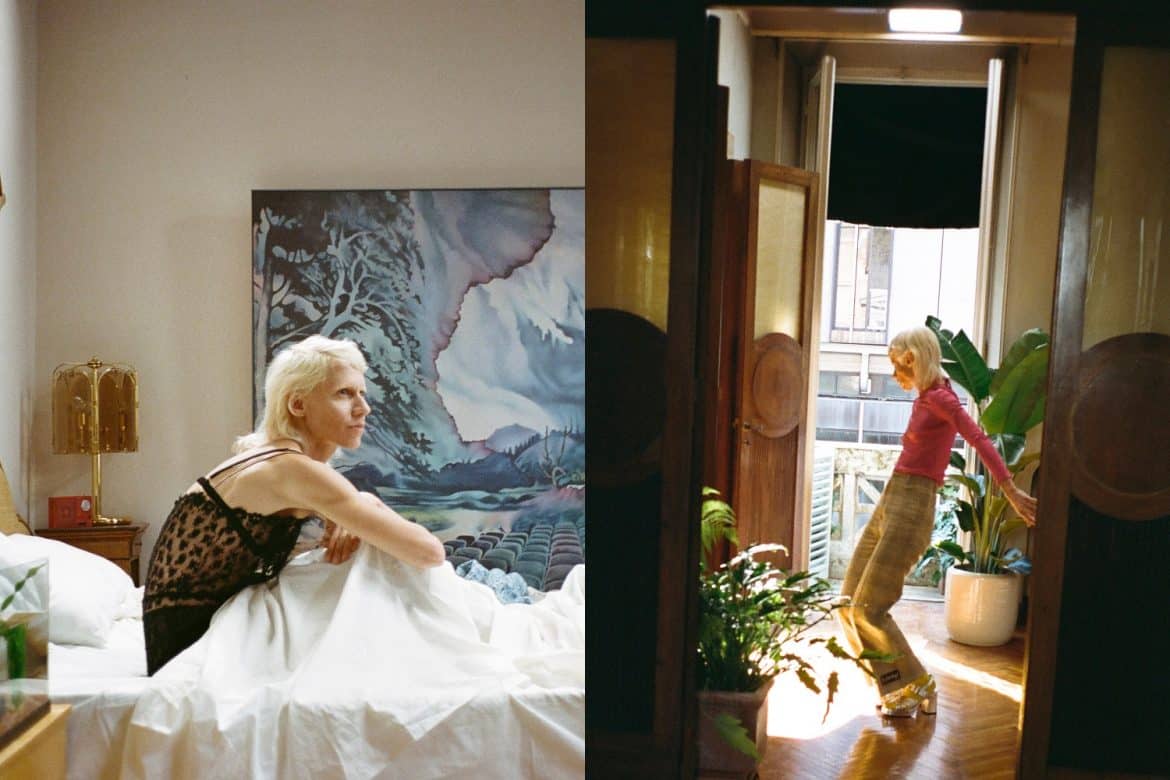 Gucci recently announced that rather than showing a new collection via traditional means (i.e. a runway), the brand would instead host a week-long indie film festival of sorts, aptly called GucciFest.

The first installment landed today, and the remaining episodes of the mini series will roll out daily until next Sunday. Everything will be shared on YouTube and GucciFest.com, with new womenswear and menswear being revealed each day both in the short episodes and in lookbook format.

The project and collection—OUVERTURE of Something that Never Ended— is presented by creative director Alessandro Michele and co-directed by Gus Van Sant. In Episode one, viewers follow main character Silvia (played by 39-year-old actress Silvia Calderoni) through her eccentric morning routine at home in Rome, before the arrival of an unexpected visitor.

Later in the episode, Silvia is seen sorting through her mail, receiving an invite to a Gucci fashion show, and watching a political commentator on TV. At one stage, she tosses a red floral dress (from Michele’s inaugural Gucci collection) from the balcony of her apartment down to the street, all while a band in the room next door rehearse a piece of music that Kim Gordon wrote for the mini-series. All things considered, it’s a thought-provoking and captivating way to reveal the new garments—and nothing less than what we’ve come to expect from the innovative Michele.

Curious to see how the storyline pans out? (And of course, to catch Harry Styles, Florence Welch, and Billie Eilish who are all appearing in the project.) Here’s the running time for ensuing episodes, in EST:

It’s The Most Wonderful Time Of The Year: Bergdorf Goodman’s Holiday Windows Are Here

What You Need To Know About The...