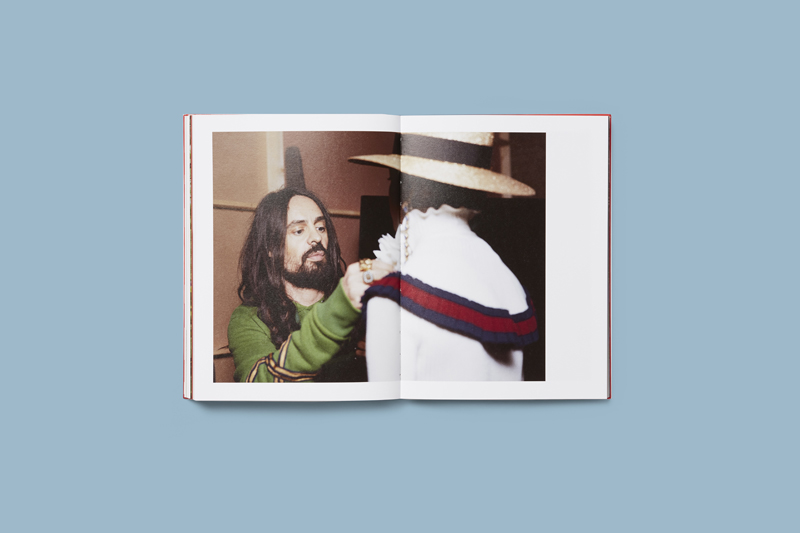 Here’s the parfait gift idea for the Alessandro Michele disciple in your life: Gucci’s limited-edition coffee table book, Blind For Love. The Italian fashion house partnered with photographer Nick Waplington and Assouline for the tome, which captures the Cruise 2017 show that was staged inside the Cloisters at Westminster Abbey in London back in June. Alongside candid images of before the show and behind the scenes, the lyrics to “Scarborough Fair”—the tune that played during the show—are peppered throughout the gilded pages. And the unassuming cover star? Queen Elizabeth I, in painted portrait form.

In the past, Waplington, who’s renowned for his unfiltered candids, documented Alexander McQueen’s Fall 2009 “Horn of Plenty” collection, which after the designer’s death, was transformed into a coffee table book. Blind For Love costs $95 and is available at Assouline boutiques, Assouline.com, and specialty stores like Dover Street Market and the Palais de Tokyo museum. Or, get a signed copy at the London Assouline store on December 4 and the New York City outpost on December 8.