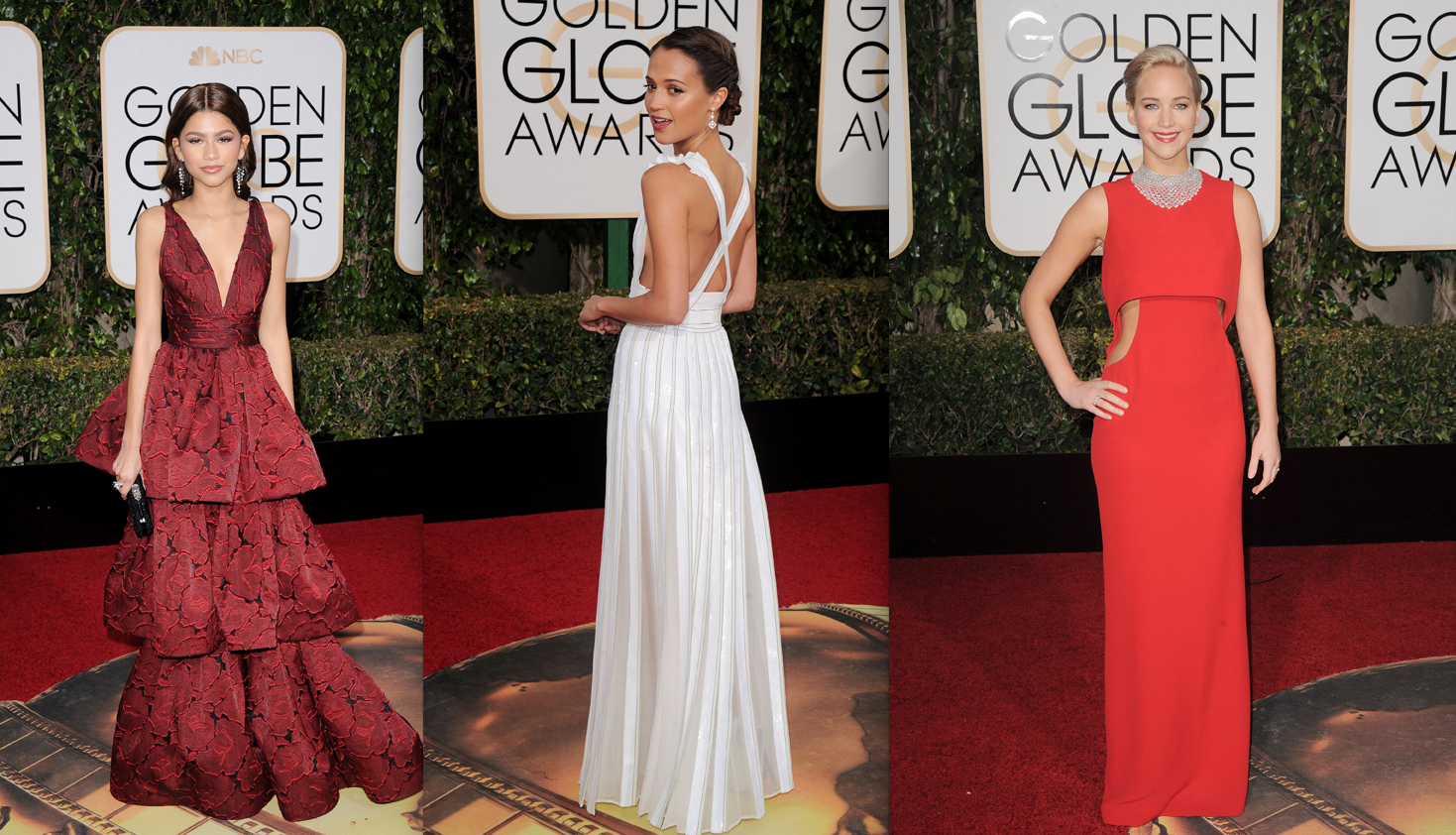 Red carpet season has officially begun! So, who won best-dressed on the Golden Globes Hollywood catwalk last night? There were plenty of stunners, with trends boiling down to sequins, velvet, and plunging necklines and colors like mustard yellow, burgundy, and white. One of the most simple but most beautiful looks of the evening was a white floor-length apron dress by Louis Vuitton on up-and-comer Alicia Vikander, who is proving to be one of Tinseltown’s most stylish. Meanwhile, 78-year-old Jane Fonda, ever the fountain of youth, looked regal in a dramatic off-white gown with an exaggerated ruffled top from Yves Saint Laurent Couture by Hedi Slimane. Taraji P. Henson opted for a simpler style in a white strapless gown by Stella McCartney, but she definitely turned up the drama by twirling her train for the photographers. Laverne Cox, also in white, wore a chic gown by Elizabeth Kennedy that hit just the right note.

Stars who stunned in shades of burgundy also stole the show, including Olivia Wilde in a sequined dress by Michael Kors Collection, Zendaya in a tiered ruffle dress by Marchesa, Kate Bosworth in an ornate Dolce & Gabbana strapless gown, and Amber Heard in a silk and tulle Gucci gown with crimson and burgundy silk flowers that framed the neckline and open back. Both in black velvet, Lady Gaga in Versace and Kirsten Dunst in Valentino looked very va-va-voom, while Jennifer Lopez’s mustard yellow Giambattista Valli Couture gown was the parfait combination of a curve-hugging silhouette and thigh-high slit.

An early red carpet arrival that caused quite a stir was Jaimie Alexander, who wore an emerald green gown by Italian label Genny. Opting for the relatively lesser-known brand proved to be a major win—the hue, the print, and the plunging neckline were stunning on the brunette beauty, who admitted she was taped into the dress. Thanks to a fruitful contract with Dior, Jennifer Lawrence rarely goes wrong, and last night’s cherry red cutout Dior look, which was topped off with a major Chopard choker, was absolutely eye-catching. Julianne Moore shined in a royal-blue sequined gown by her bestie Tom Ford, and Brie Larson walked the carpet looking like the Golden Globe itself in a gold sequined cutout dress by Calvin Klein Collection. For those who didn’t make our list, there’s always the Oscars!