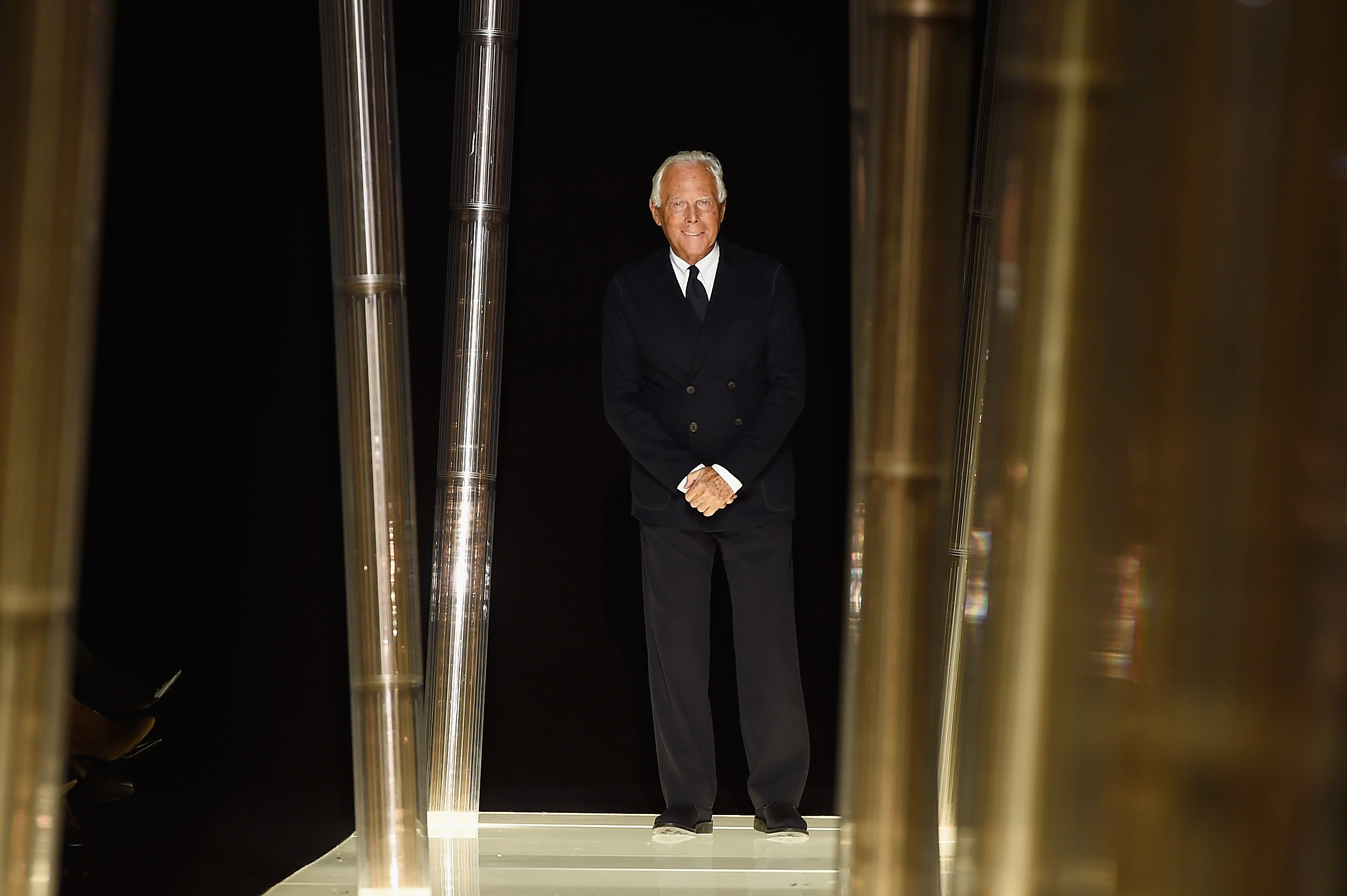 Giorgio Armani was featured in The Sunday Times Magazine over the weekend and dropped some thoughts about how gay people dress. “A homosexual man is a man 100 per cent. He does not need to dress homosexual,” Armani said. “When homosexuality is exhibited to the extreme – to say: ‘Ah, you know I’m homosexual,’ – that has nothing to do with me. A man has to be a man.” The 80-year-old designer also shared his thoughts on muscle boys. The verdict? No bueno! “Not too much gym!” he explains. “I like somebody healthy, somebody solid, who looks after his body but doesn’t use his muscles too much.” Another gripe: plastic surgery. “I prefer to look at a natural woman,” Armani said. “A woman should be courageous to become older, not desperate to look younger than her age…A small breast does not have to become big.”

Paper Explores The American Dream With Its Kanye-Fronted April Issue